As ghost towns go, Frog City in Alexander County, Illinois, is even ghostier than most: it's barely even a wide spot in the road anymore. Nevertheless, this location along Highway 3 -- about half-way between Olive Branch and Cairo -- offers a rich history, a short hiking trail to the Mississippi River, and a chance to see bald eagles. 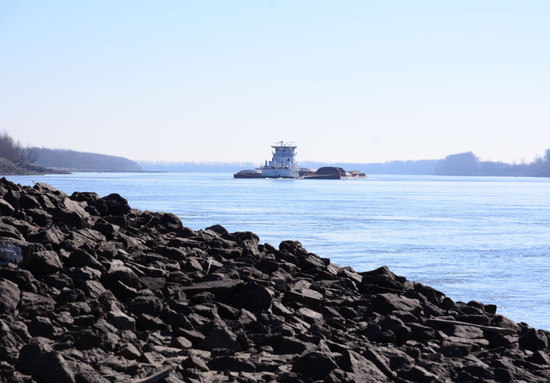 Most maps don't show the name Frog City, but it does appear on the county highway map for Alexander County. 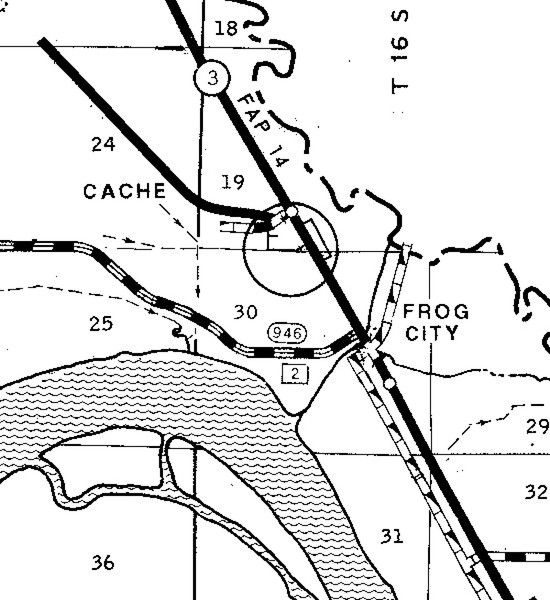 In the book Place Names of Illinois (2009), the author admits being unable to find an explanation for the name. The primary business in Frog City was the Frog City Club, but it's unclear if the placename or the club came first.

For several decades lasting until the 1970s, Highway 3 was home to a series of clubs offering music, dancing, and dining. Of course, none of us should be shocked, shocked that these were often fronts for illegal back-room casinos.

Like many of these gambling joints, the Frog City Club was raided by Capt. Elza Brantley of the Illinois state police during the 1950s. Gambling chips bearing the name Frog City still exist.

Aerial imagery from the late 1930s shows no development at Frog City, so it appears that the club and town -- if it could be called a town -- didn't appear until the 1940s.

The landscape near Frog City was radically altered in 1950 with the construction of a diversion channel providing a shortcut between Cache River and the Mississippi River. 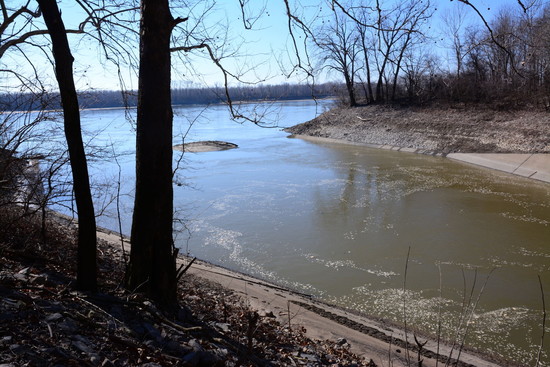 Historically, Cache River flowed into the Ohio River north of Cairo. Jean Mermet, an early French explorer, saw that the smaller river was hidden underneath a mass of driftwood. He described it using the French term for hidden -- or cache -- and inadvertently provided the name used today for Cache River.

The diversion channel was designed to provide flood protection by shunting excess water into the Mississippi instead of the Ohio. Below the diversion channel, the old river channel can be seen from a boat ramp along the levee road east of Highway 3. 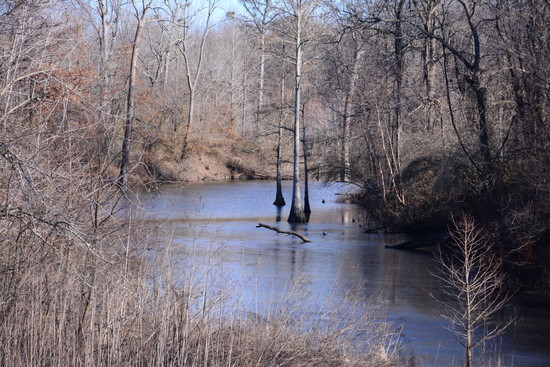 Two railroads, the Missouri Pacific and the Gulf, Mobile & Ohio, once ran parallel to the highway at Frog City. Construction of the diversion channel required building two new bridges. One of these remains mostly intact and is plainly visible from the highway. 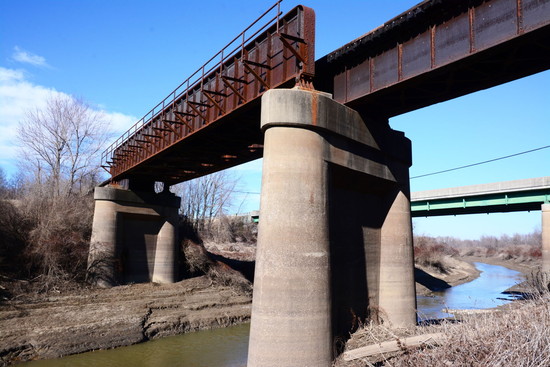 The second bridge has been removed except for the piers. 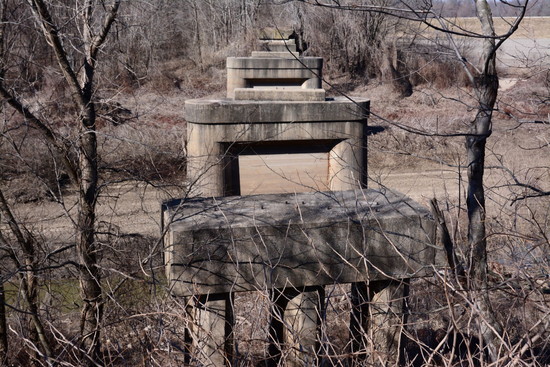 An old road leads west past the railroad bridges and provides access to the Mississippi River. This tract of land, known as the "Ice Grain Parcel", was acquired in 2007 by Cypress Creek National Wildlife Refuge.

The road is gated, but remains accessible to the public on foot. An ominous-looking sign states that "Unauthorized Entry Prohibited", but a brochure about the refuge explains, "These signs mark the boundary of the refuge. They DO NOT prohibit access, only unauthorized uses."

(If you ever see a sign that says "All public entry prohibited", that's another story.)

Although it's a short hike to the river, the old road can be a muddy quagmire during wet weather. It threads the needle between the diversion channel on the right and a section of trees planted in meticulous rows on the left. 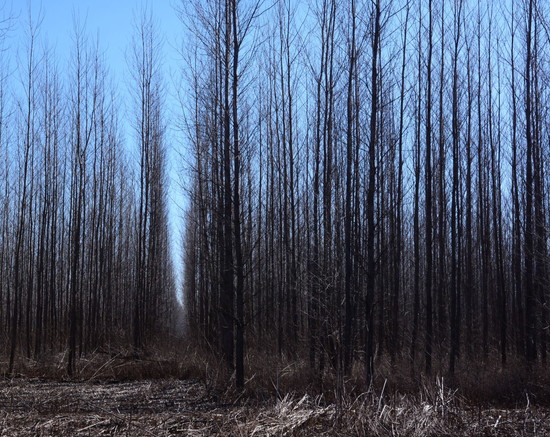 Soon the road emerges at a spectacular overlook of a sweeping bend along the river. 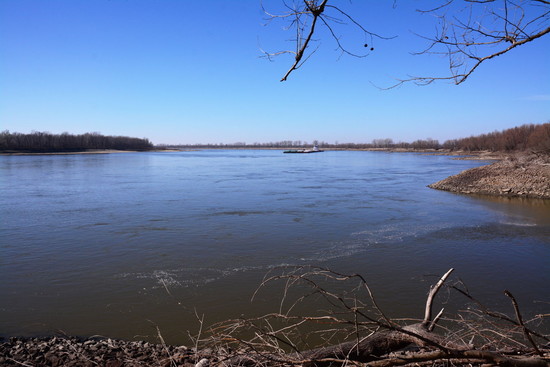 Cursing myself for not bringing a telephoto lens, I spotted two bald eagles -- an adult and a juvenile -- playing above the shore just as soon as I reached the river. 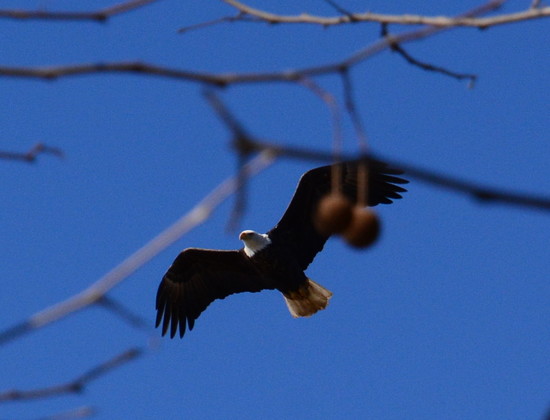 (Of course, if I had brought a better lens, Murphy's Law would have found a way to keep the birds out of sight anyway.) 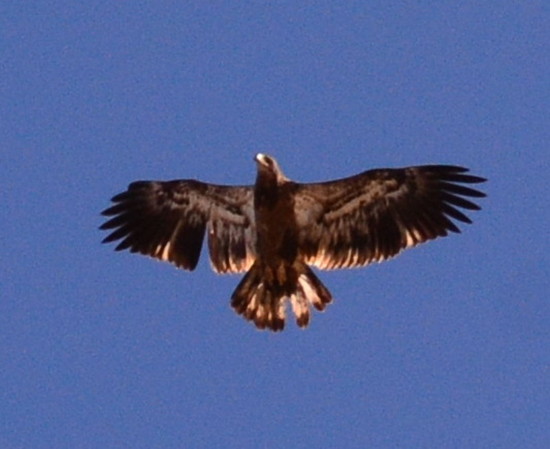 The old road turns left and continues to follow the river until reaching the end of public land. 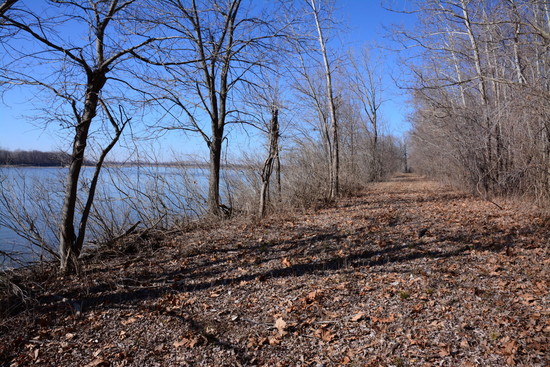 Lewis and Clark were here somewhere

The Lewis and Clark Expedition camped at a spot just downstream from here on Nov. 20, 1803. They camped on the east (Illinois) side -- but because the river has changed course since then, the actual campsite is apparently on the other side of the river now. 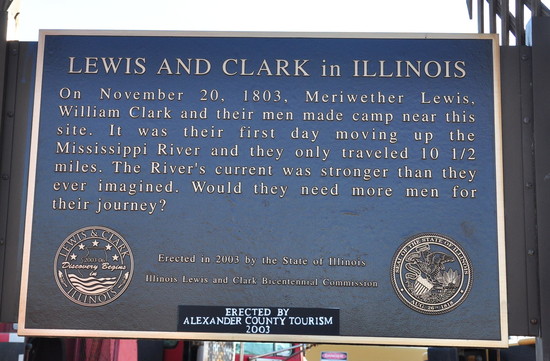 Even with changes in the river, the Missouri-Illinois state line has remained fixed, which means that the land opposite Frog City is actually a part of Illinois. The sandbar visible across the river (assuming the river level is low enough) is part of Island No. 29. Behind that is Missouri Sister Island -- all within Illinois. 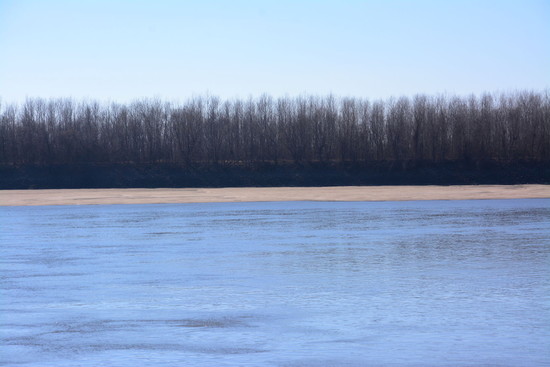 Even though Frog City has ceased to exist as a town or as a purveyor of vice, the site boasts scenery, wildlife, and stories to tell.

Continue south 2.9 miles on Highway 3. Look for the intersection with Miller City Road and then a concrete bridge over Cache River Diversion Channel. Immediately after crossing the bridge, turn right into a gravel lane. You will see a Lewis and Clark historical marker. At the end of the gravel lane is a locked gate in the shadow of the piers for the dismantled railroad bridge. Park where convenient.

Hike past the gate and follow the road for nearly one-half mile before reaching the river. You can optionally hike for another one-third mile south along the river.

Bonus: On the opposite side of Highway 3, drive Moses Road along the top of the levee and look for the boat ramp providing a view of the old Cache River channel. A brochure available at a kiosk here provides information on other places to see in Cypress Creek National Wildlife Refuge.