A tale of two courthouse squares

Cape Girardeau County holds the rare distinction of possessing two functional courthouse squares. Both of the squares in Cape Girardeau and Jackson were designed by the same person, Bartholomew Cousin.

Working as Louis Lorimier's secretary, Cousin prepared the first plat map of Cape Girardeau in 1806. It was a primitive map -- the street names weren't marked yet -- but the familiar layout of downtown was already in place. (This map, like many antebellum maps of Cape and other Mississippi River towns, was oriented with the river at the bottom.) 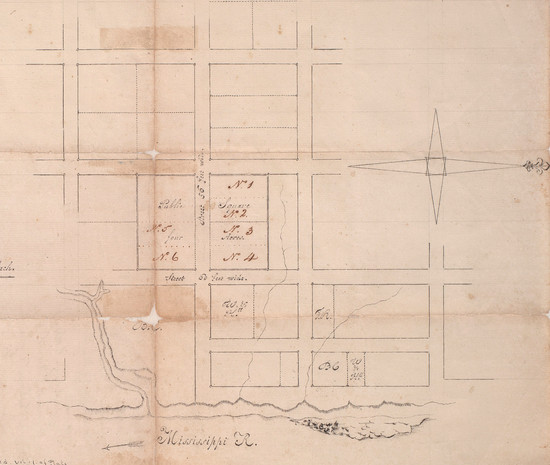 At the heart of the survey was a clearly labeled "Public Square" with four acres straddling a pair of city blocks. This location provided a commanding view of the river and the streets below.

Two years later, when Cape Girardeau was incorporated, the revised version of the plat map had greatly expanded in size, and now featured street names. Nevertheless, the "Public Square" was still intact. 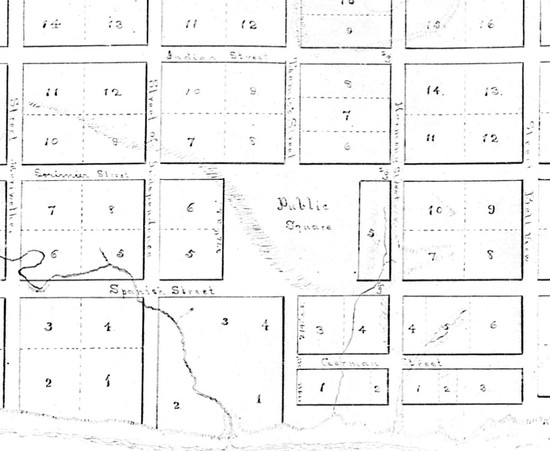 Lorimier had intended for the square to be used as a future seat of justice. Themis Street, ending at the square from both the west and east, was named after the Greek god of justice -- a fitting namesake for the entrance to a future courthouse. 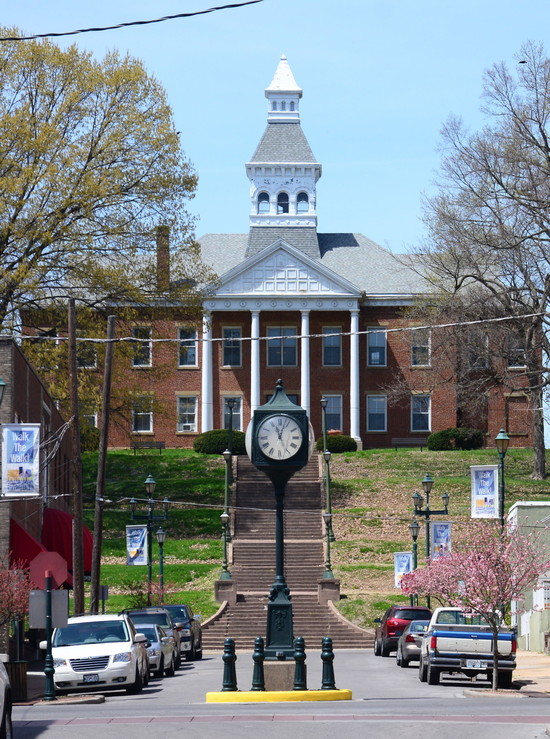 That plan fizzled after Lorimier's death led to confusion about land titles in Cape Girardeau. To avoid any problems, the territorial government ordered the establishment of a new county seat and courthouse at a location where land ownership was more certain.

That new county seat became Jackson, and Cousin was on hand to design another city plan and courthouse square.

Although not as scenic as downtown Cape, the new town site did feature a high point (called "Mill Hill") visible from all around, a logical location for Cousin to place the courthouse square. As in Cape, Cousin arranged for Jackson's square to straddle two city blocks. High Street would end at the midpoint of the square, providing a grand entrance to the courthouse from two directions, similar to Themis Street in Cape. 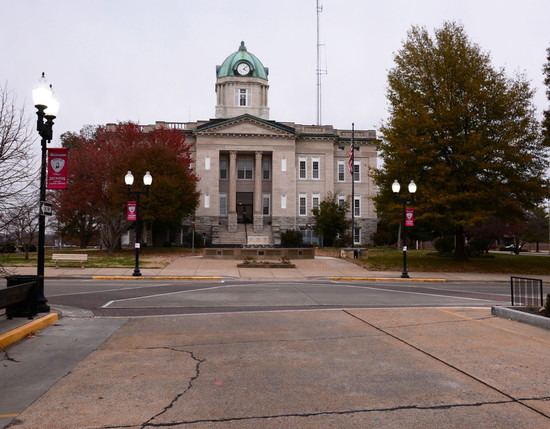 That grand entrance took some time to develop, though. The first permanent courthouse, built 1818, was described as a "barn-like structure" and was condemned and removed in 1839. In the process of building the second courthouse, the public square was tweaked so that private lots would wrap around it on the northwest and northeast corners. 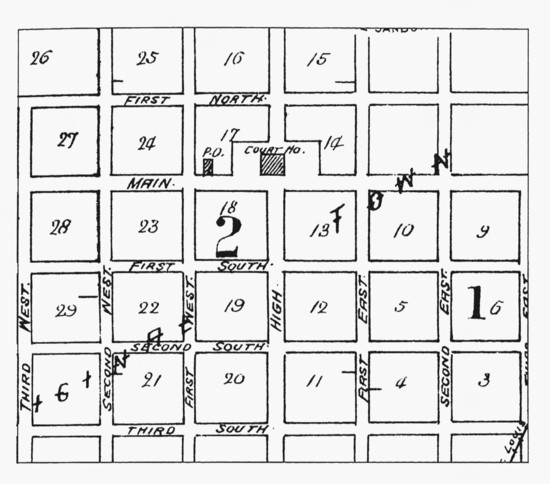 Meanwhile, Cape Girardeau's courthouse square didn't have a courthouse until 1854, when the Common Pleas Courthouse was constructed by prolific local builder Joseph Lansman.

Lansman was later hired to build the third courthouse in Jackson. Completed in 1872, this was a far more substantial structure than the first two. Nevertheless, it didn't last much longer than its predecessors, as county officials were itching to replace it by the early 1900s.

When the fourth (and current) courthouse was built, the square was significantly altered to accommodate both old and new courthouses. The county purchased the lots on the north side of the square and added two streets, Court and Barton. Soon after completion of the new building in 1908, the old one was demolished. 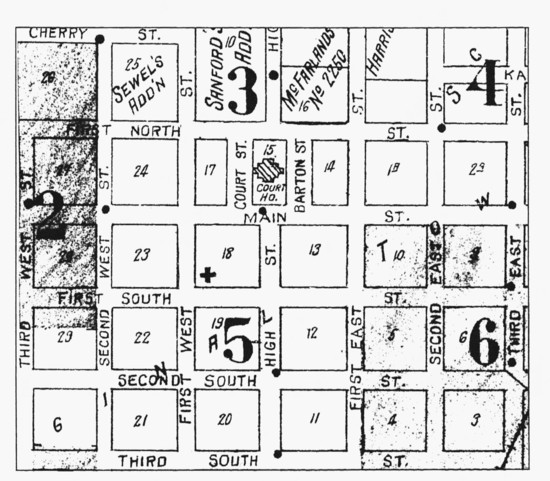 Jones Drug Store was in the way of the enlarged square, but the owner hired a St. Louis contractor to relocate and rotate the building so it would fit into the new street grid. Somehow, this was accomplished using horses and wagons. 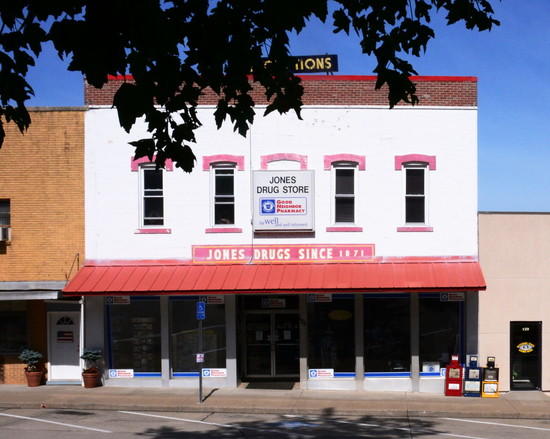 Geographers and historians love to classify things, so it's no surprise that a classification system has been developed for American courthouse squares. Edward T. Price, a professor of geography, pitched the idea in a 1968 article.

The primary classifications -- Shelbyville, Lancaster, Harrisonburg, and Virginian -- are named for places where early examples can be found.

In an effort to capitalize on the thousands of hours I've wasted playing SimCity, I'll use screenshots from the game to illustrate the various types. First, the original square in Jackson, with two blocks that wrap around the courthouse, is considered a Virginian plan. 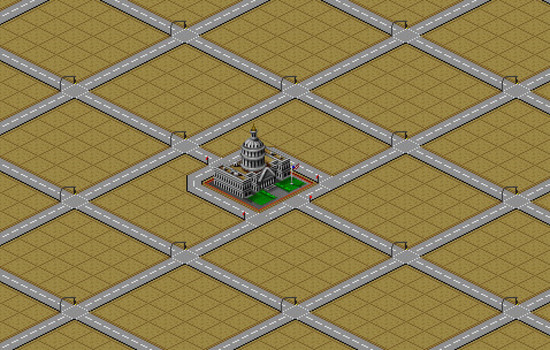 The modern-day version, flanked on two sides by half city blocks, is called a Harrisonburg plan (from a town in Virginia). 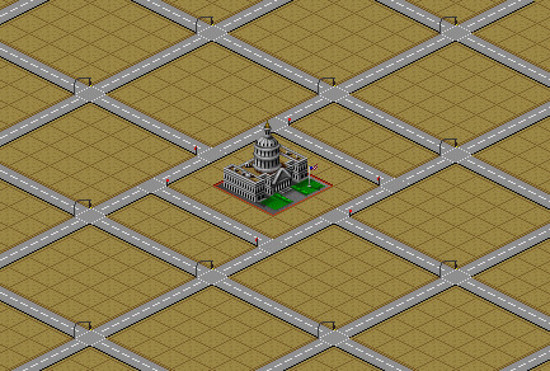 Only one other Missouri county seat, Montgomery City, was designed on the Harrisonburg plan. Instead, the vast majority of Missouri courthouse squares follow the Shelbyville plan (from a town in Tennessee) in which a single city block is devoted exclusively for the courthouse. The surrounding streets are often lined with storefronts that face the square in all directions. Perryville offers a classic example of this layout. 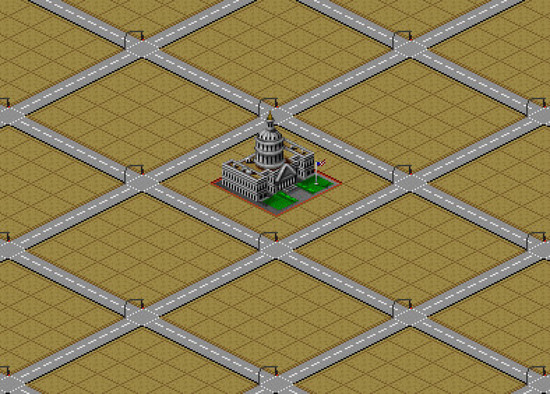 Missouri also has a small number of Lancaster plan squares. Named for the town in Pennsylvania, this model snips the corners of four city blocks to produce a full block for the courthouse. Typically, the streets surrounding the courthouse are then implemented as a one-way traffic circle or roundabout. You'd be hard pressed to find a better example than at Fredericktown. 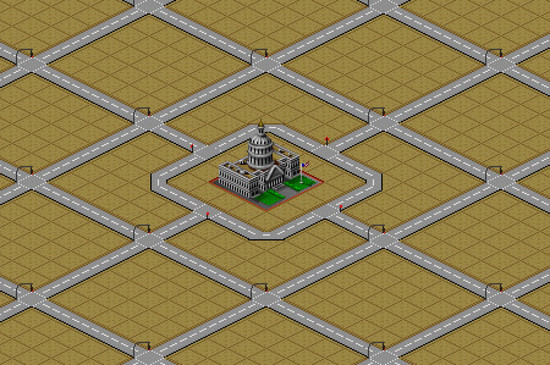 Other configurations in Missouri include Double square and Four-block square in which the courthouse anchors an extra-large public square made from two or four adjacent city blocks. 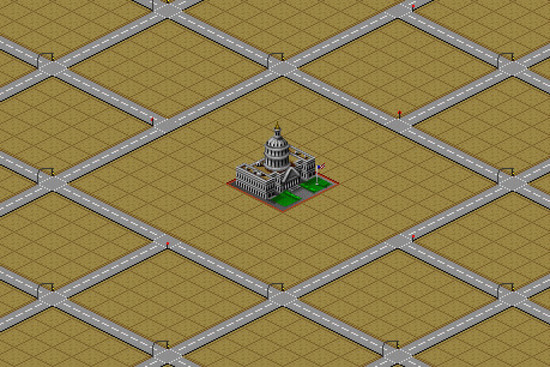 As I write this, Cape Girardeau County officials are itching to build a new courthouse. If the preferred plan is implemented, Courthouse 5.0 will eliminate half of the existing square: The northwest corner (Washington Street) will be blocked to make room for the new building while the northeast corner will be chopped to build a diagonal Highway 61.

We won't be able to call it a Harrisonburg square anymore. For that matter, it won't be a square at all: we will end up with some kind of weird courthouse polygon.