Jackson Hollow, as I've described earlier, is full of geologic wonders. But that's just one canyon. The next canyon to the south is also impressive, but it doesn't have an official name. 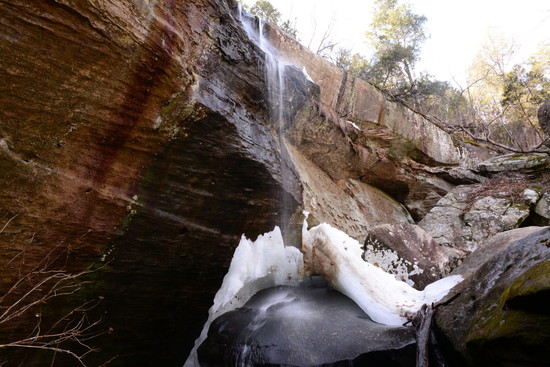 At the head of this canyon, water drops from the bluff and splatters on the ledges below. Geocachers have dubbed this Splatterstone Falls, an unofficial name as good as any other. 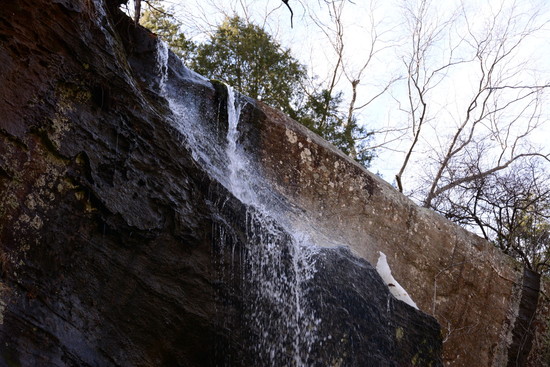 In winter, the water splatters and freezes into large ice formations. 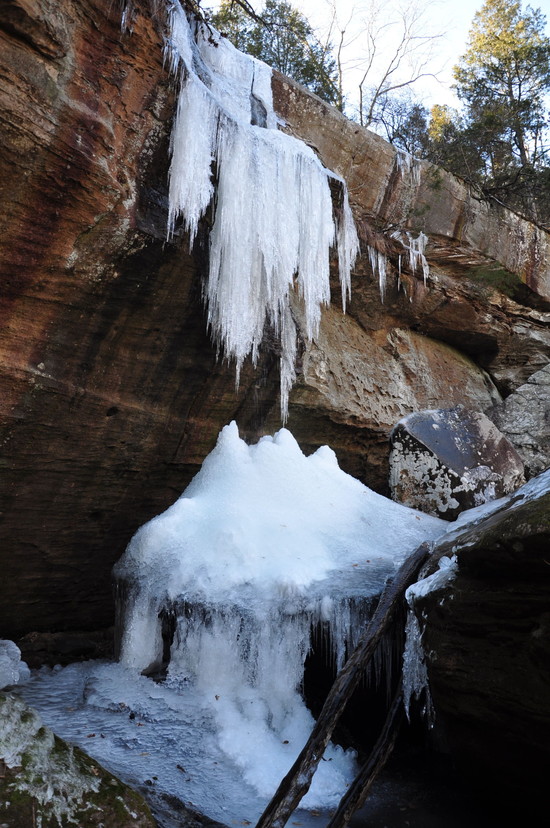 Large boulders block the view from the front, making this waterfall somewhat more challenging to photograph than other more well-known Illinois landmarks such as Burden Falls or Bork's Falls. 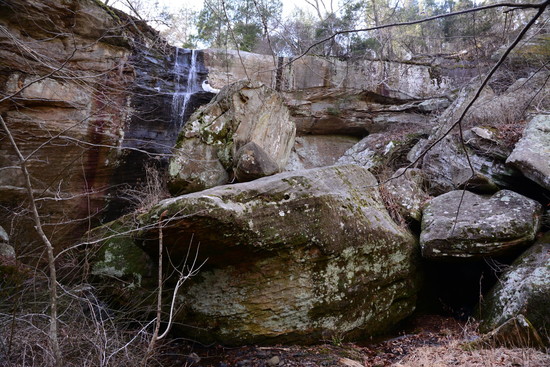 On the plus side, the stack of boulders contains a series of hidden rooms and passageways. 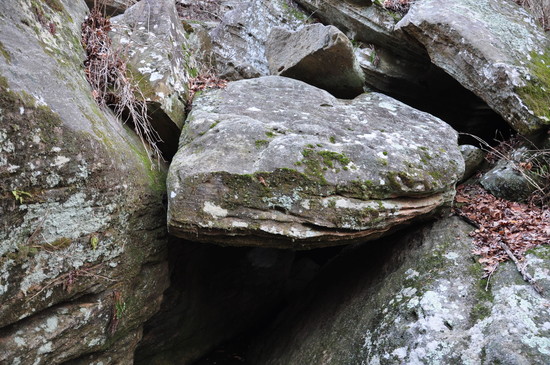 The canyon immediately downstream from Splatterstone Falls is similar to the main Jackson Hollow, with tall bluffs along both sides. 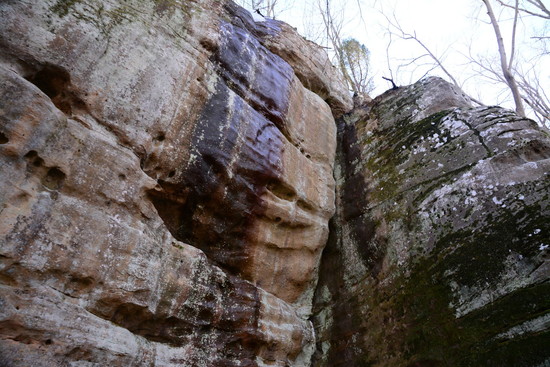 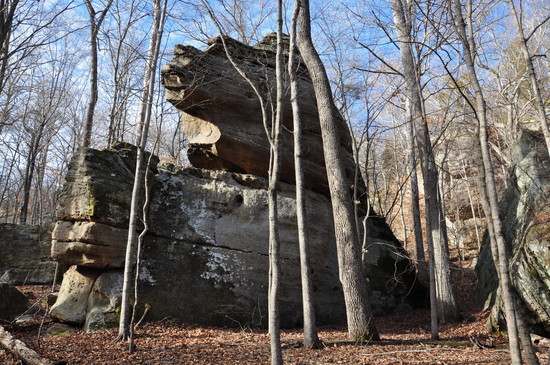 The lower end of the hollow meets Little Bay Creek, a stream that drains several canyons in the area. The creek runs parallel to the Illinois Central (now Canadian National) railroad, crossing under the tracks four times. 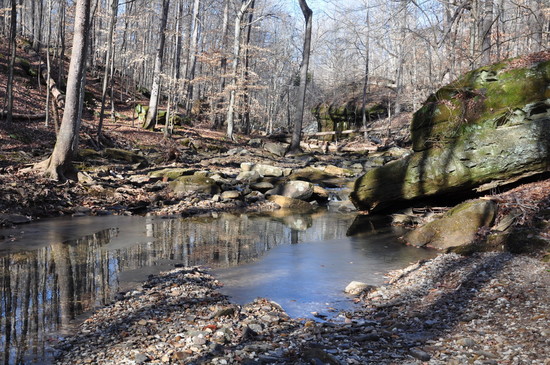 A hike through the main Jackson Hollow followed by a stop at Splatterstone Falls makes for a long yet rewarding day -- just don't get too bored with all of the scenic wonders behind every corner.

See previous blog for driving and hiking directions. After hiking through Jackson Hollow proper and reaching the railroad tracks, turn right and follow a faint trail running parallel to the creek and tracks. Keeping the bluff line to the right, eventually bear right (west) to enter the hollow leading to Splatterstone Falls. The hollow is somewhat less rugged on the left (south) side while approaching the waterfall.