Jackson Hollow is worth multiple visits

In the past, I've written about Rock Formation Fatigue, that feeling of indifference after encountering yet another spectacular natural wonder. At the beginning of a hike, you might take twenty photos of a waterfall, but by the end of the day, you've become jaded and only take a couple photos of an even better waterfall.

That's the case at Jackson Hollow, where beauty can be found around every corner for miles. It's overwhelming and requires multiple trips to fully appreciate. In my previous blog, I explored the canyon's north bluff. Today, it's time for the south half. 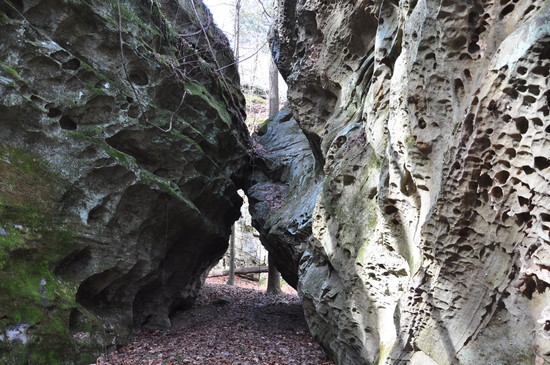 Since this side doesn't receive as much sunlight, it tends to be colder and wetter. In the winter, it is also icier. 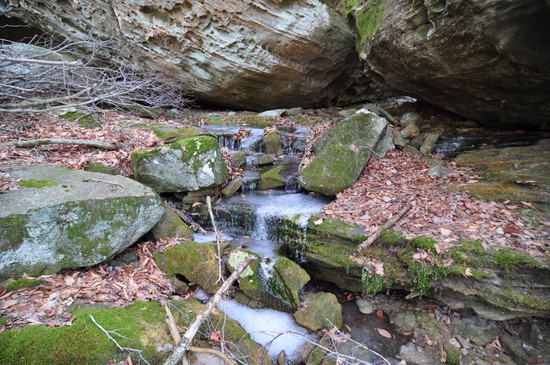 After entering the canyon from the trailhead, a faint trail along the bluff line to the right soon reaches a giant pile of boulders. The rocks, propped against the bluff, offer many nooks and crannies to explore. 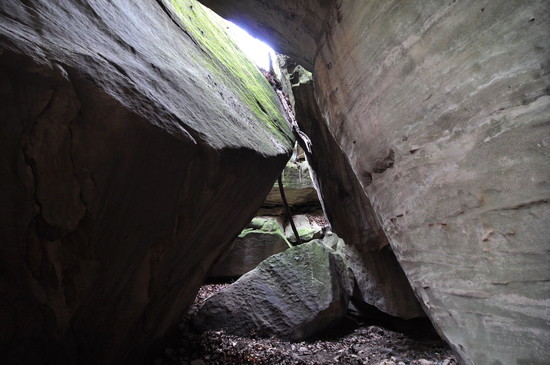 Next, the bluff is topped by a wet-weather waterfall. When I've visited, however, the creek has only produced a trickle. 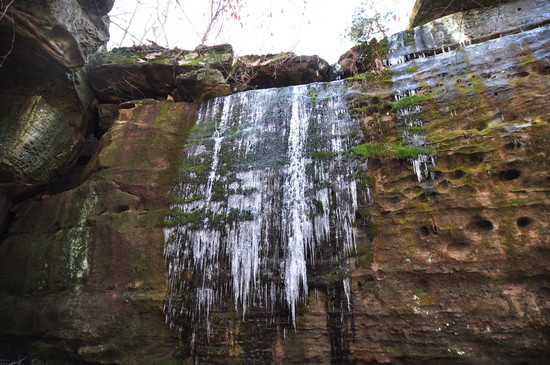 This is the southernmost extent of Jackson Hollow. The bluff then continues to the northeast past another collection of boulders and hidden rooms. 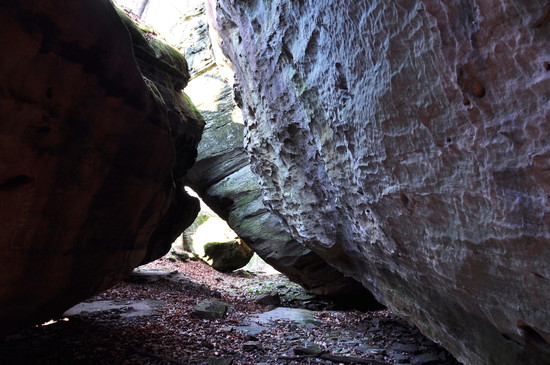 In one spot, a passageway leads far enough into the darkness to require a flashlight to explore. 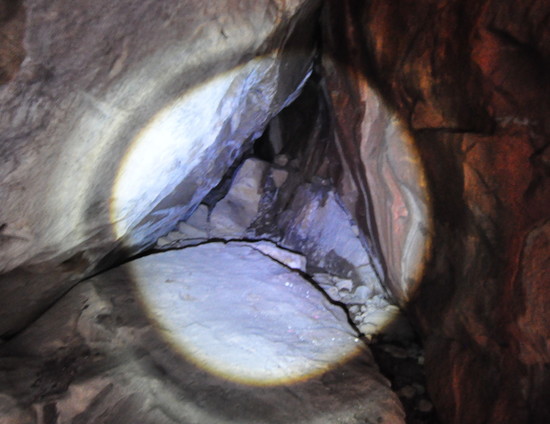 Continuing along the cliffs, a vague trail leads to other narrow side passages. Some are impassible, though. 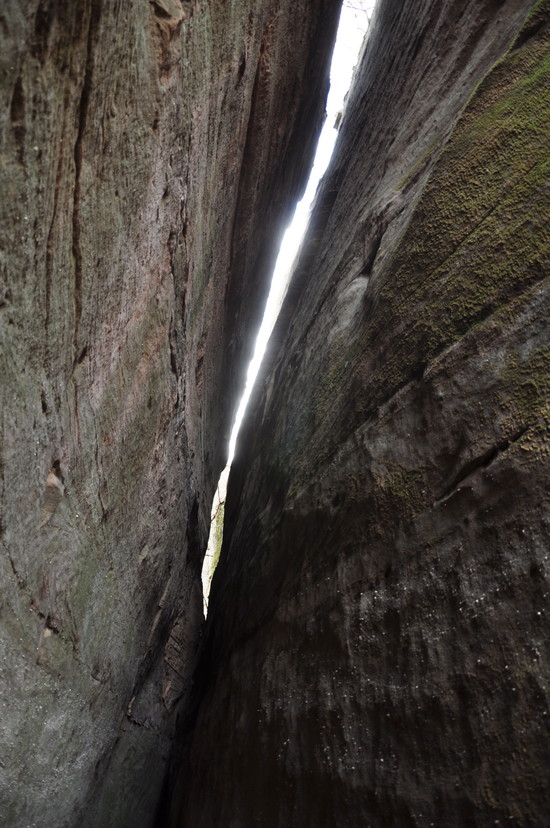 In many places, large rock monoliths have separated from the main bluff, leaving smooth walls between them. 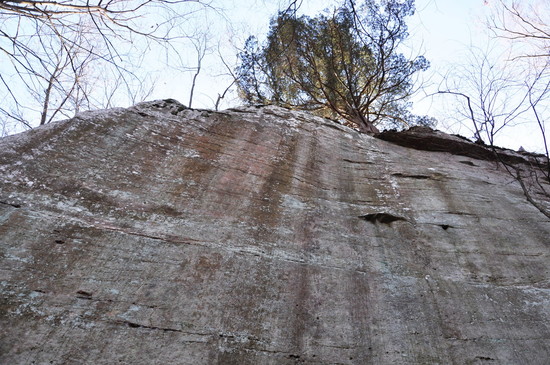 Sometimes these runaway sandstone masses have come to rest in positions that don't seem very stable. 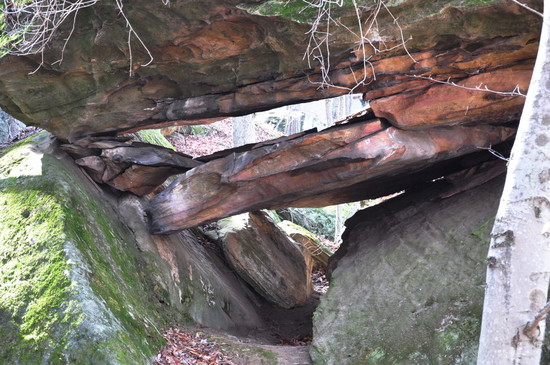 The whole landscape resembles a maze, with passages, crevices, and hidden rooms scattered all around. To avoid getting lost, keep the main bluff to one side. 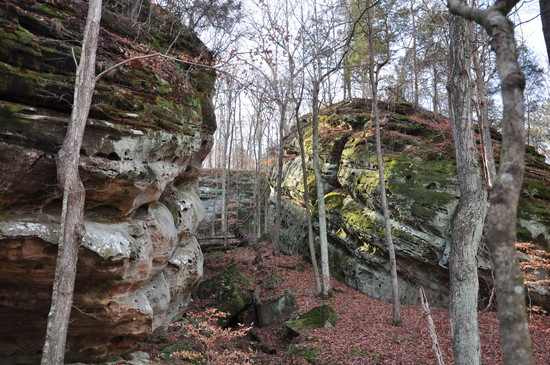 Eventually the bluff curves to the right, facing a creek and railroad tracks ahead. To the south is yet another portion of Jackson Hollow, but that will have to wait for another day, lest we suffer from Rock Formation Fatigue.