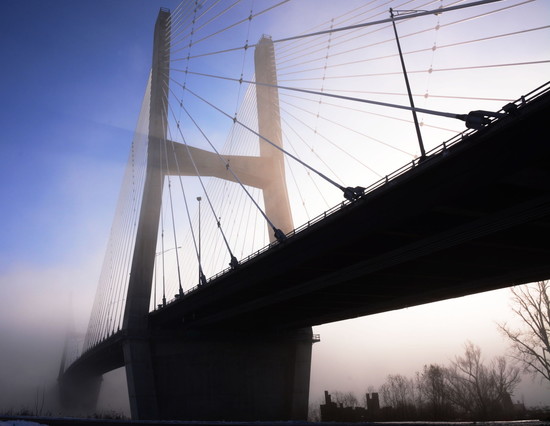 Ten years ago today, Dec. 13, 2003, the Bill Emerson Memorial Bridge was opened to traffic. On a frigid day with a forecast for a snowstorm that never came, Jo Ann Emerson gave a mercifully short speech during the ribbon-cutting ceremony. 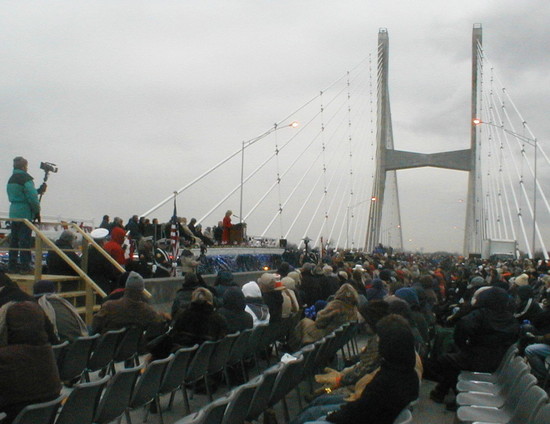 It was a day of optimism: many in attendance thought that the opening of the new bridge, and the retirement of the mirror-eating narrow old bridge, would mark a turning point for Cape Girardeau. Merchandise sold before and during the event proclaimed that the new span represented a "Bridge to a Bright Future." 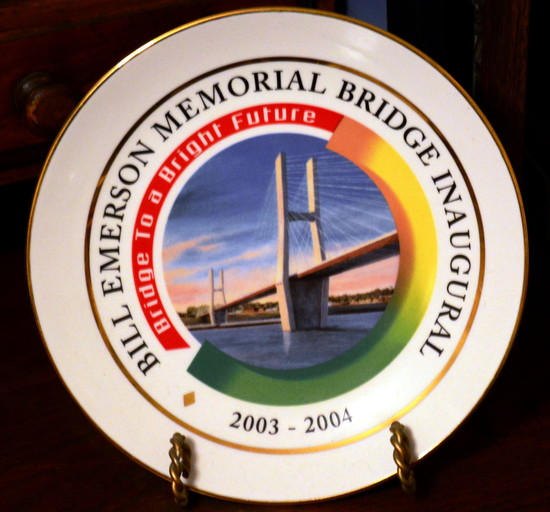 Well, we're in the future now. How much of a difference has the Emerson Bridge made on the city and the region?

Not as much as everybody hoped.

On the day of the opening, the Southeast Missourian published a story with the headline "Downtown merchants hope bridge traffic will stop, shop." The story explained, "The bridge promises an influx of thousands of new residents that will drive close to the downtown area every day. Currently, the Mississippi River bridge is used by 14,000 people a day. But the Missouri Department of Transportation predicts that by 2015, that number will increase to 26,000 a day." 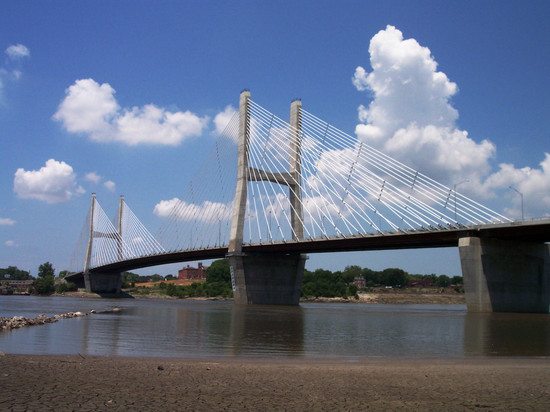 That increase in traffic isn't materializing. In fact, traffic across the Mississippi River at Cape has actually dropped since the new bridge opened. It's hard to believe, but traffic count studies by MoDOT and the city both reflect this trend.

We're a long way from reaching the original projection of 26,000 vehicles. Curiously, the old bridge, when it was completed in 1928, also suffered the same problem. Traffic volumes didn't meet projections, which caused a shortfall in toll revenue, forcing the bridge into foreclosure. The lack of traffic was blamed on poor highway connections on the Illinois side. 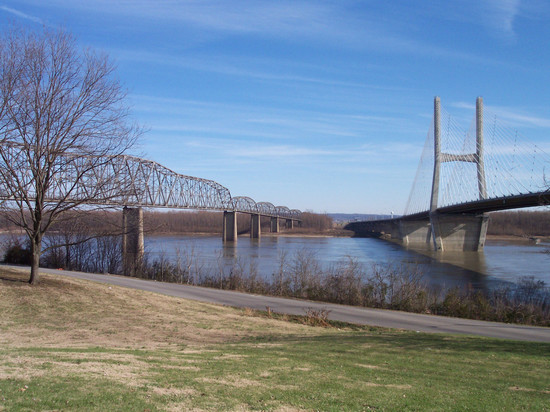 This seems to be a classic example of history repeating itself. At least the new bridge isn't supported by tolls, so there's no danger of it being sold at the courthouse steps.

Nevertheless, it's clear that the Emerson Bridge isn't living up to its full potential due to the lack of east-west highway connections. It was frustrating to watch Illinois move with glacial slowness in widening Highway 146 to four lanes east of the bridge. After that debacle, it's going to take some kind of miracle to build Interstate 66 -- or any kind of major highway -- within our lifetimes. 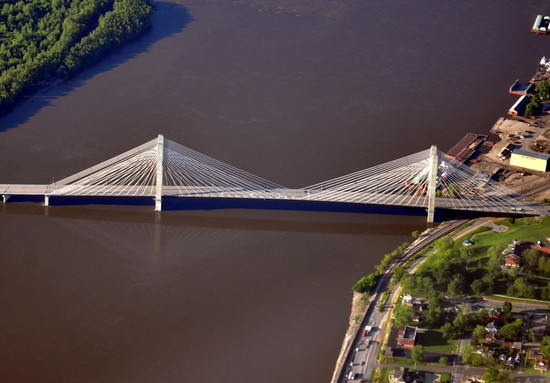 Better connections on the Missouri side wouldn't hurt either: it's silly for the four-lane bridge expressway to dead-end past the I-55 interchange with a "Pavement Ends" sign. 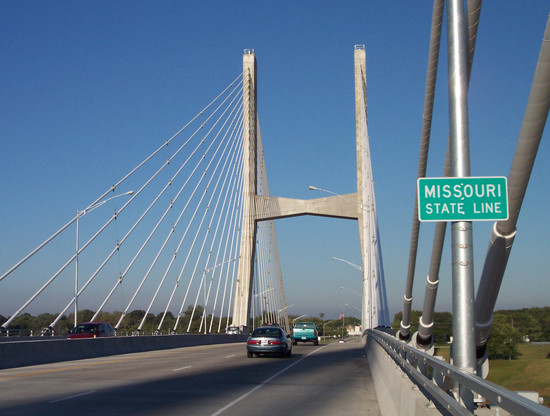 Let's hope the bridge's next decade will indeed bring a "bright future" instead of just more of the same.