Most every town has an interesting story about how it was founded. Cape Girardeau, however, can trump them: we have one of the most enigmatic town founders imaginable. Our city father, Louis Lorimier, had such a complicated history that it's hard to get a grasp on his character.

How many city founders, for example, were ever involved in a kidnapping of Daniel Boone? Lorimier was.

How many city founders provided services to the British crown, and then later the Spanish crown? Lorimier did.

How many city founders fought against America during the Revolutionary War, but later earned a salary from the American government? Lorimier pulled it off.

In her book The Journals of Pierre-Louis de Lorimier 1777-1795, historian Linda Clark Nash explains that Lorimier "lived under four flags during his lifetime, those of France, Britain, Spain, and the United States. In each case Lorimier had adapted to and worked for the advancement of the country with which he was affiliated. Throughout his life his closest connection and primary allegiance was to the Shawnee with whom he had worked closely for over forty years."

Nash adds, "His depth of knowledge of native languages and culture increased his value to the British whom he served unofficially during the American Revolution and to the Spanish and Americans who subsequently hired him as an agent in their dealings with the Indians."

At first glance, Lorimier's shifting allegiances suggest that he was an opportunist hoping to gain the best advantages for his trading business. However, that's not necessarily the case. It was a perilous time in history when borders didn't mean much. Lorimier, to his credit, always maintained strong ties with the Indians.

While Lorimier opposed the American Revolution, he didn't hold an anti-American grudge forever. As commandant of the Cape Girardeau District under the Spanish flag, he invited Americans to settle here. Just prior to the Louisiana Purchase, Cape Girardeau was a peculiar place: it was governed by the Spanish crown and overseen by a man of French descent (Lorimier), but yet almost every inhabitant was American.

When the United States took over control, Lorimier had an opportunity to relocate to Spanish territory in Mexico. He decided to remain, even though he would lose his title as commandant. Still, he had connections: he was hired as Indian sub-agent for the U.S. government, and two of his sons were appointed to the newly established West Point Military Academy.

Lorimier's rich and peculiar history is now commemorated by the Red House Interpretive Center, a landmark that opened 10 years ago. 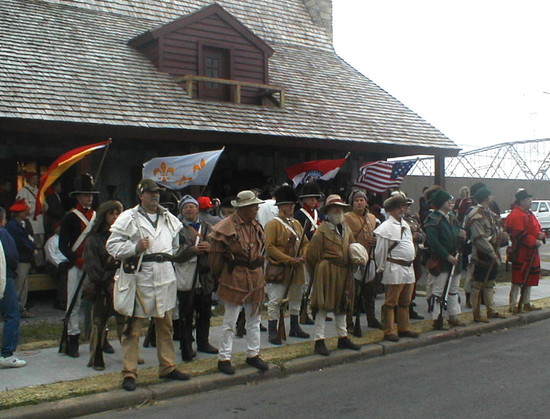 The building is called an "interpretive center" instead of a "replica" because the exact design of Lorimier's original Red House is unknown. The best source is a drawing made by Major James Brooks from the recollections of Sarah Bollinger Daugherty, the daughter of George Frederick Bollinger. 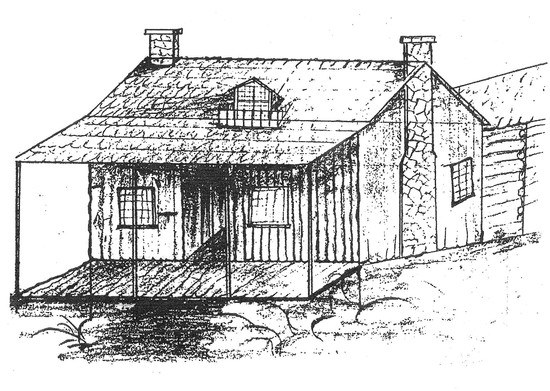 Based on this drawing, the modern Red House was constructed with vertical logs, front porch, and side chimneys. Since it had to meet modern building codes (and was built with volunteer labor), some adjustments were made. Nevertheless, it's a reasonabe interpretation of the architectural style of the period. 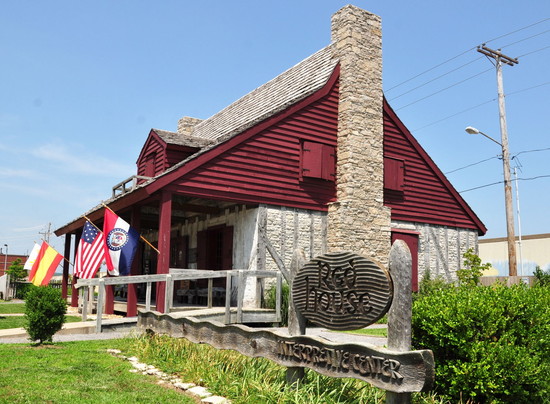 The new Red House was completed just in time for the bicentennial celebration of the Lewis and Clark expedition visiting Cape Girardeau on Nov. 23, 1803. The visit by the famous explorers was an important event in local history because Meriwether Lewis met Lorimier and wrote about the encounter in his journal. This is one of the few written accounts of Lorimier's appearance and background. 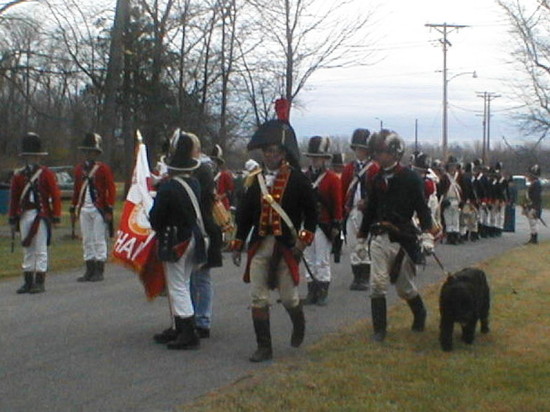 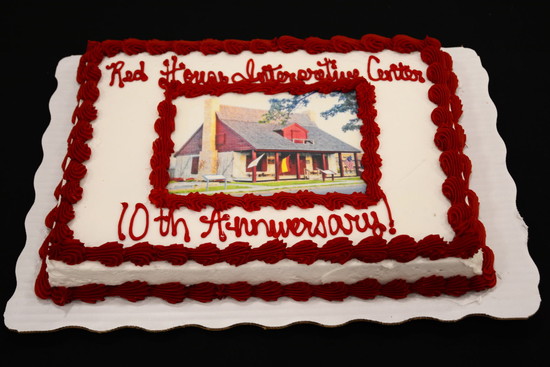 To celebrate the anniversary, a party was held on Nov. 23 for the volunteers (past and present) who contributed to the project. 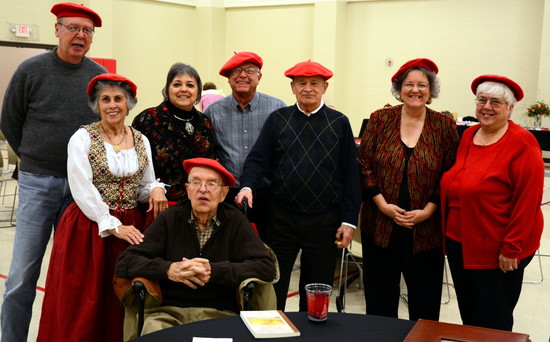 With Cape Girardeau's focus on "storytelling", we shouldn't downplay the story of Louis Lorimier, a city founder that makes just about every other city founder look boring by comparison.