The bad news about "Gone Girl"

"Gone Girl" is one ridiculously creepy book. It would be creepy enough on its own, with the plot twists and despicable characters.

Yet it's even creepier when viewed from the point of view of Cape Girardeau. Our fair city seems to have an awful lot in common with the fictional setting of North Carthage, especially the downtown riverfront. In an interview, author Gillian Flynn said that Cape is the "exact type of location I had in mind."

In her book's Acknowledgements section, Flynn mentions that Missouri is a "magical place."

The movie cast and crew have also been complimentary toward Cape Girardeau and Missouri.

So it's all good, right? We should be thrilled to have captured the imagination of a best-selling author... right? 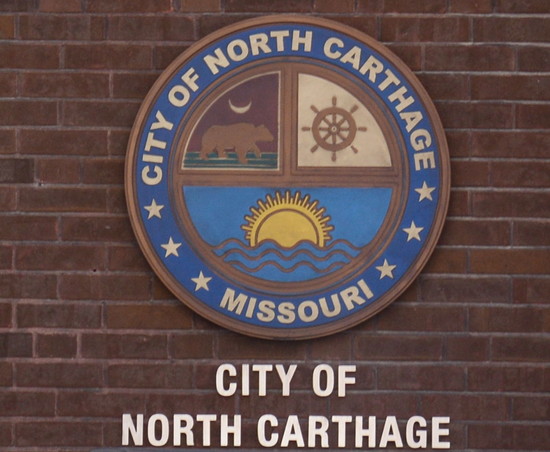 Well, not so fast. North Carthage is depicted as a terrible place in the book. The town suffers from a huge number of social problems: unemployment, drugs, violent crime, homelessness, bankruptcy.

The two main characters, Nick and Amy Dunne, live in a subdivision on the Mississippi River invaded by squatters and wild animals. It's a "failed development: a miniature ghost town of bank-owned, recession-busted, price-reduced mansions, a neighborhood that closed before it ever opened."

Nick is from North Carthage, but even he doesn't paint a pretty picture in his first-person narratives. "The town wasn't prosperous anymore, not by a long shot," he says. It's a "quaint little 1950s town that bloated itself into a basic midsize suburb and dubbed it progress."

This is a common theme: throughout the book, the landscape of the town, and Missouri in general, is depicted as being one big suburban sprawl. Amy drives through "miles of flatland pocked with fast-food restaurants and motel chains." Nick walks around North Carthage, past "fast-food chains and liquor stores and mini-marts and gas stations."

Even city parks don't offer a respite from the blight: the "Miller Creek woods" are mentioned as a place that "hardly deserved the name; you could see fast-food restaurants through the treeline."

Despite the suburban "progress", North Carthage is mired in serious financial misery, prompted by the closure of two major businesses. First, the town was once home to a four-story "destination" mall that employed 4,000 people, or one-fifth of the local population. The failure of the mall left behind a crumbling building that is "two million square feet of echo."

Missouri does have an ominous collection of dead malls throughout the state, but no rural town has ever built anything that absurd. The book's characters take an excursion through the vacant mall at night looking for clues, soon to discover that it's not vacant at all: it's filled with "piles of humans" -- homeless people and/or drug users. In one bizarre scene, two teenage druggies are heard "manically reciting the Gettysburg Address."

The town's other major employer, a company that printed college blue books, went belly up and still owes back pay. The former workers are a rough lot, squatting in the dead mall or wandering aimlessly along the riverfront. As one character says, "The Blue Book Boys, they drink, drug, harass people. I mean, they did that before, but they always had to stop, go back to work on Monday. Now they just run wild."

Discussing the crime problem, a police officer explains, "The drug trade has gotten bad. We've had a bunch of police layoffs -- one-fifth of the force, and we were tight to begin with. I mean, it's bad, we're overrun."

Amy, in her diary, writes about the townspeople: "They all live like near-starvation is amusing -- this town is sometimes too much, so desperate and so in denial."

It is all too much.

To be fair, we do learn, as the book progresses, that Nick and Amy are both pathological liars, so their descriptions of North Carthage are suspect. But even if we discount some of the more outlandish elements of the story, it's hard not to conclude that the town is a dump.

Based on the reputation of the film's director, David Fincher, we should fully expect that the movie will reflect the same outlook as the book. Fincher is well known for his dark movies; "Gone Girl" is a logical choice to add to his body of work.

His profile on biography.com ends with this quote: "Entertainment has to come hand in hand with a little bit of medicine. Some people go to the movies to be reminded that everything's okay. I don't make those kinds of movies."

So when the movie premieres next October, should we brace ourselves for a shock? Will North Carthage/Cape Girardeau be depicted as a dying, crime-infested wasteland in flyover country that is so twisted that it spawned the horrifying events in the story?

Sure, there is a kernel of truth: Cape does have social problems. And our region did witness the horrifying events in the Jacque Waller case, which has eerie parallels with Amy's disappearance.

Nevertheless, no single Missouri town, except perhaps Times Beach, could ever be so dark and dystopian as explored in the novel.

While I hope David Fincher creates a blockbuster, I also have a nagging doubt that we should have scrutinized the book first before welcoming Hollywood with open arms, tax incentives, and Midwestern niceness...