When reading the "Gone Girl" novel, it was hard not to notice the similarities, both good and bad, between Cape Girardeau and the fictional setting of North Carthage, Missouri.

Now we know this wasn't just a coincidence. In an interview with David Fincher, the director revealed that the author, Gillian Flynn, really did have Cape Girardeau in mind when writing the book.

It's no surprise, then that the movie production has landed in Cape, and been able to adapt local landmarks to fit the story without too much trouble.

Take, for example, the conversion of a shuttered cafe into "The Bar." In the book, this is a "corner bar with a haphazard, patchwork aesthetic." That describes the building at Themis and Spanish perfectly. The location is good: just down the road from the river, a few blocks from a brick apartment, and across the street from a post office -- check, check, and close enough (Common Pleas Courthouse was almost demolished in the name of progress to make room for a post office anyway). 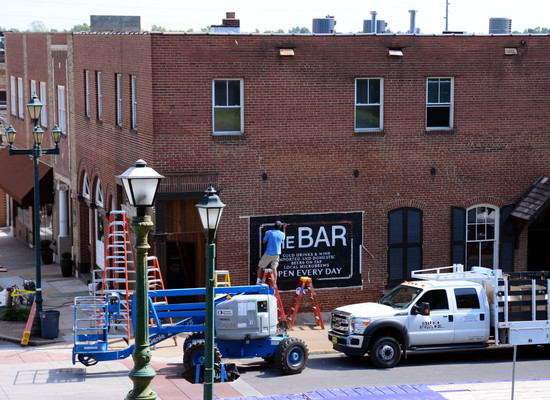 The old federal building makes a suitable substitute for the North Carthage Police Station. It's not quite a former bank building, as depicted in the book, but the structure does have cold, boring, impersonal architecture (with in-your-face security cameras) that could work equally well as a bank or a police station. 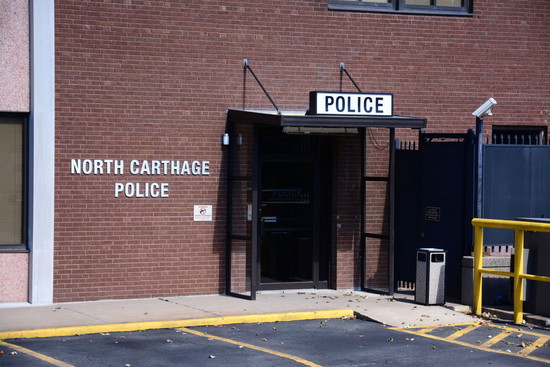 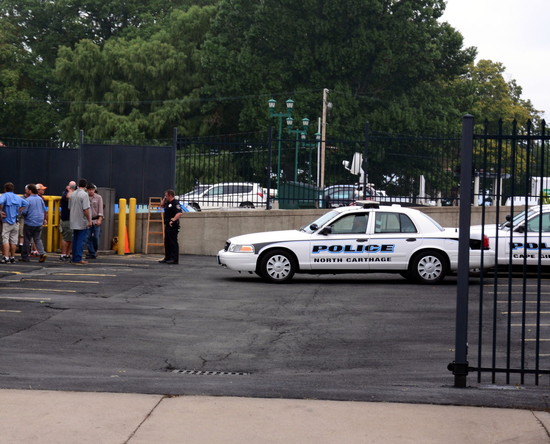 A candlelight vigil takes place at "Tom Sawyer" park, described as "generic, bereft of trees, with a sandbox that's always full of animal feces; it is utterly un-Twainy." Luckily, our own Common Pleas Courthouse park isn't that bad, although the trees are becoming more bereft with time, thanks to recent storms. Still, the courthouse gazebo works well for a dramatic community gathering. 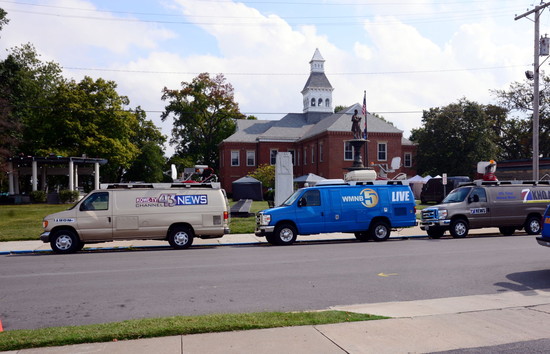 It's certainly been quite a rush to watch the movie production take advantage of these and other locations. I was surprised to step outside on my lunch break one day and see Ben Affleck standing nearby, chatting on his cell phone in plain view of a small crowd of spectators. Before long everybody in town will have their own movie-related stories to tell. 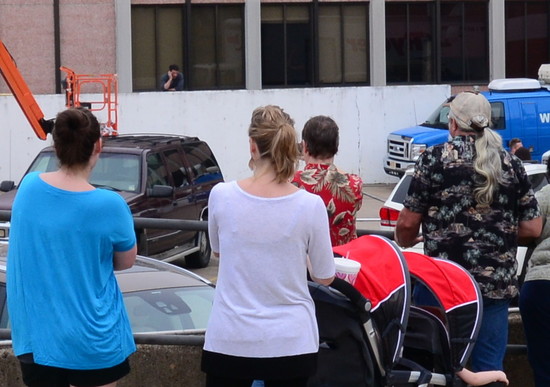 If all goes well, Cape Girardeau could be sitting on a gold mine. After the movie scores a few Academy Awards, we might become a hot tourist attraction visited by "Gone Girl" fans who all want to have a drink in The Bar.

However, I have a nagging feel that not everything is going to be perfect. Reading the book, it's hard not to notice the negative way that North Carthage is portrayed. It's not a very nice town.

NEXT, in Part 2: The bad news about "Gone Girl" in Cape Girardeau