One advantage of living next to the Mississippi River is the chance to watch barge traffic, especially when unusual cargo is involved.

Today brought one of the more unique pieces of equipment to ever pass Cape Girardeau: a 50-foot-wide electromagnet. 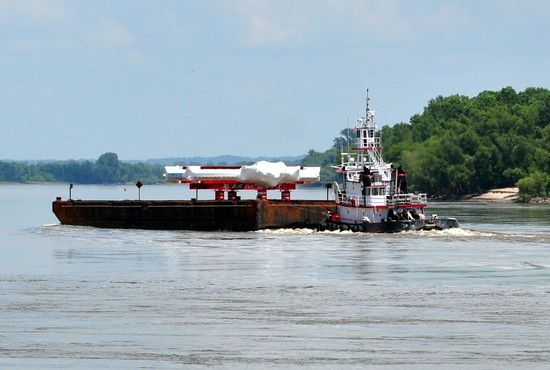 This device is being transported from Brookhaven National Laboratory at Long Island, New York, to Fermi National Accelerator Laboratory in the Chicago suburbs.

"The centerpiece of the Muon g-2 experiment at Fermilab is a large, 50-foot-diameter superconducting muon storage ring. This one-of-a-kind ring, made of steel, aluminum and superconducting wire, was built for the previous g-2 experiment at Brookhaven. The ring will be moved from Brookhaven to Fermilab during the second half of 2013. Making use of Fermilab's intense particle beams, scientists will be able to significantly increase the science output of this unique instrument. The experiment will start taking data in 2016."

Their website provides details on how the experiment will work, but I don't claim to understand any of it. 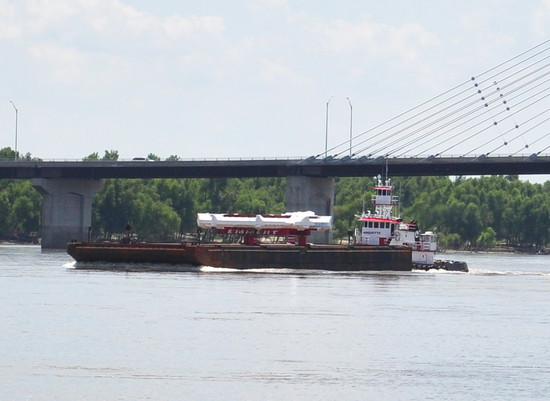 Moving any 50-foot-diameter piece of steel would be a challenge, but this one is particularly tricky. The instrument, according to a news release, "cannot be taken apart or twisted more than a few millimeters" without damaging the superconducting coils inside.

I certainly wouldn't want to be responsible for overseeing this very dollar-intensive apparatus.

Thanks to Ken Steinhoff for the tip about this.