I figure most people want to blow through Jonesboro and Anna as fast as possible to reach the "good stuff" on the other side near Vienna. However, Highway 146 does offer a hidden gem near Jonesboro that is worth making a short detour. 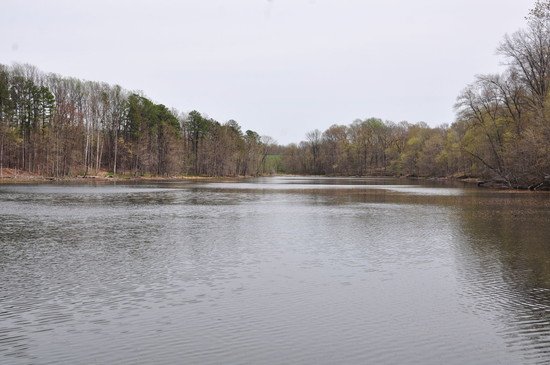 Known as State Pond, this is a secluded man-made lake with a boat launch and fishing access. 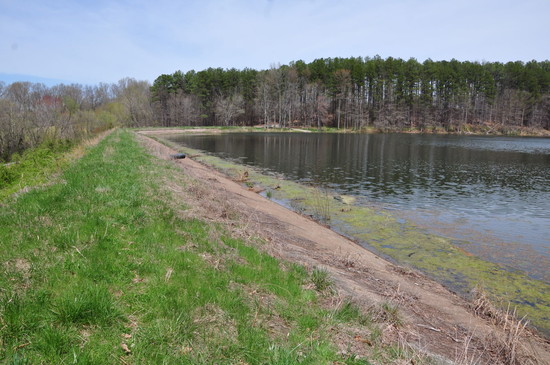 Located a short distance from Highway 146, this would seem at first glance to make an excellent tourist attraction. Indeed, Union County had big plans to build a campground and other amenities here.

But there was a slight problem: hazardous material.

State Pond, as the name suggests, was originally built by the State of Illinois. It served as a water source for the mental hospital at Anna. Today the institute is officially known as the Clyde Choate Mental Health and Developmental Center, but in those days it had a much blunter name -- the Southern Illinois Hospital for the Insane.

In the book, "100 years of progress: the centennial history of Anna, Illinois" (1954), the hospital's superintendent explained, "An early problem faced by the Hospital was an adequate and safe supply of water." With a patient population that surpassed 2,000 in the 1950s, this was no small matter.

It's unclear when the lake was first built, but a topographic map from 1920 shows State Pond as a small body of water. It really was just the size of a pond. 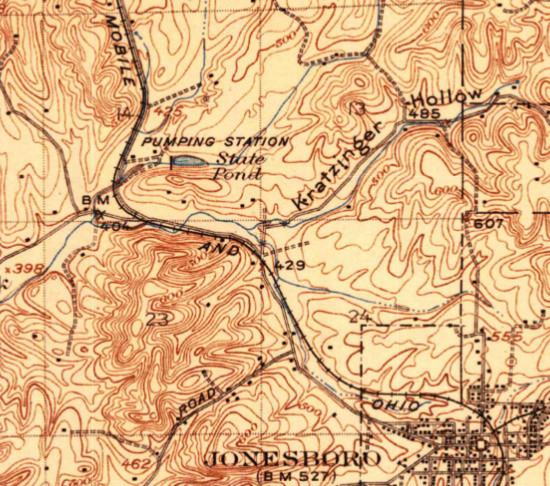 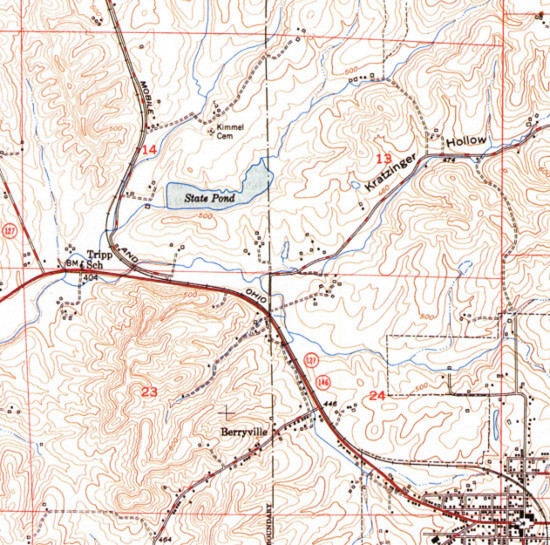 The lake included a pumping station, water treatment plant, and laboratory built below the dam. Eventually the plant was shut down, and the building has since deteriorated into an abandoned eyesore. 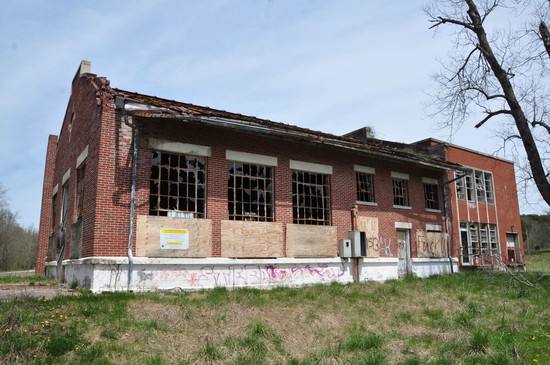 With no plans for the lake or water plant, the Illinois Department of Public Health gave the land to Union County in 1999. The county hired an architect to design "Pine Ridge Lake County Park", a 117-acre project featuring a campground, playing fields, picnic area, fishing piers, and a boat dock. A signboard with a tattered rendering of this plan can still be seen at the entrance to the site. 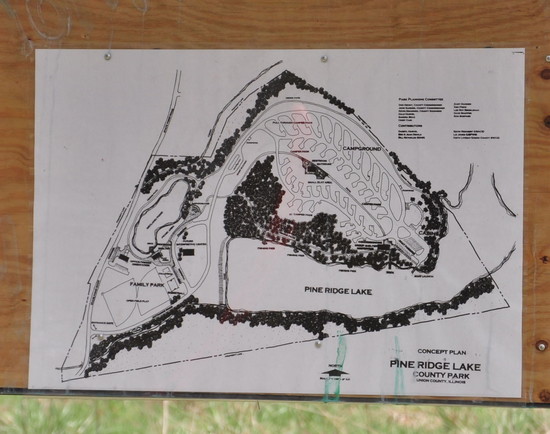 According to an article last year in the Southern Illinoisan, the old water plant "was to be refurbished and turned into an orientation center and provide housing for a caretaker."

Those plans went out the window when mercury was discovered at the plant. Workers from the county highway department were gutting the building in 2009 when they encountered "more than a gallon" of mercury.

Details are sketchy on exactly what happened next. Reporting by the Southern Illinoisan described a situation that would make Jeff Foxworthy proud: some of the mercury was poured into a Mountain Dew bottle and taken home by a worker, some of it was poured into a Coke bottle and taken home by the foreman, and the rest was dumped down a drain. The workers alleged that the foreman ordered the improper mercury disposal, a problem that would prove very expensive to fix.

Eventually the Illinois Environmental Protection Agency became involved, and they detected traces of mercury in several additional locations. The mercury, along with the presence of asbestos, forced the agency to issue a seal order prohibiting entry into the old building. 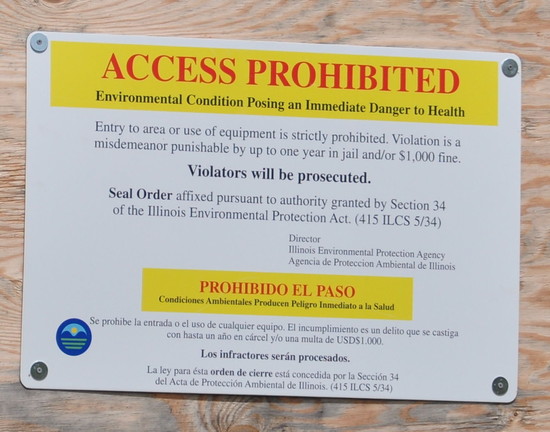 It was obvious that Union County was juggling a hot potato. So what did the county board decide to do? Toss the potato back! They deeded the property to the state effective Aug. 17, 2012.

I haven't seen any evidence that the lake is contaminated, and it remains open to the public -- at least for now. With the county bailing out, however, the future of State Pond is uncertain. Hopefully the state can still make this into a tourist site, even if it just remains a low-key conservation area. 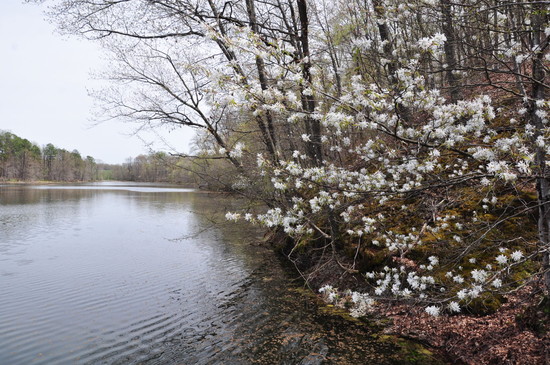 From Cape Girardeau, take Highway 146 east through McClure and Ware, but don't go all of the way to Jonesboro. Instead, a short distance beyond the intersection with Highway 127, turn left on State Pond Road. Follow this blacktop road until reaching the dilapidated brick water plant on the right -- it's hard to miss. Turn right on the gravel access road, carefully drive past the building, and continue to the end of the road above the dam.