The old First National Bank building at the corner of Main and Broadway will be demolished in the near future, joining a long list of landmarks razed in Cape Girardeau to make way for parking lots. 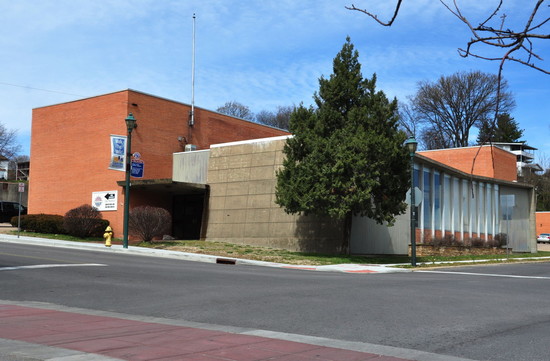 When the bank was opened with much fanfare in 1956, the Southeast Missourian's coverage used a variety of superlatives to describe the development: "modern", "progressive", "beautiful" and "fully equipped."

The newspaper announced, "The new bank, built by Bank Buildings and Equipment Corp. of America is among the nation's most modern banking structures. It has all the latest banking conveniences."

A full-page advertisement invited the public to a gala formal opening on April 22, 1956. 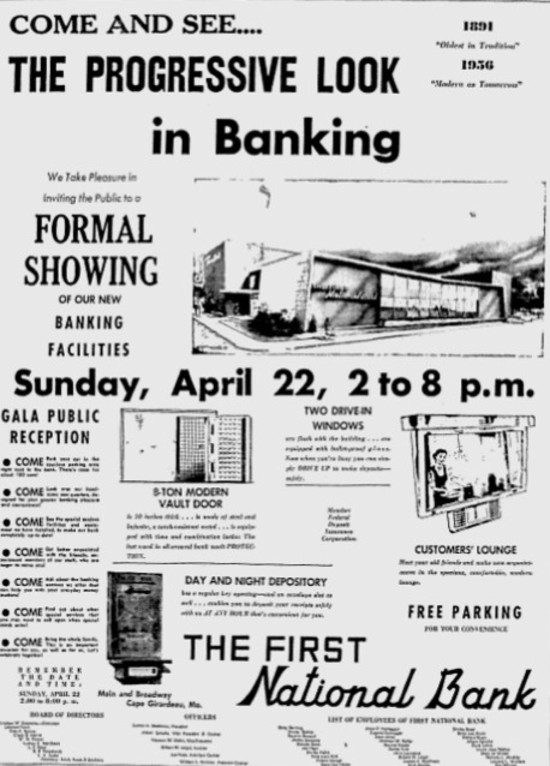 The modern conveniences described in the ad include: 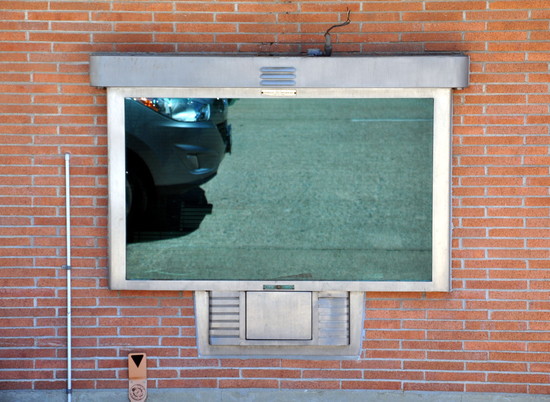 One of the two drive-through windows is still intact (the other was replaced in later years by a canopy providing pneumatic-tube service to handle even more cars).

According to a ridiculously detailed newspaper story, bank employees had access to an upstairs lounge and kitchen equipped with a "48-cup coffee percolator, two small electric coffee pots and an electric hot cup in which soups and drinks may be made."

The building's sidewalk and entrance walkway was said to be made with a special material that would melt snow faster than regular concrete. However, I haven't been able to find any confirmation of this. Even if true, it's obvious this material wasn't very effective, otherwise we would see it used everywhere. 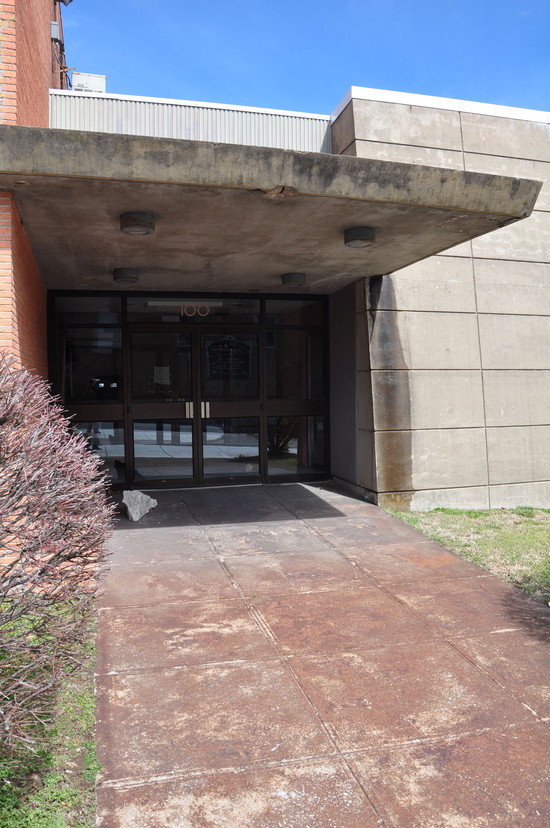 The newspaper ran a series of congratulatory ads from the various contractors that worked on the building. Other than the design firm (based in St. Louis), the listed contractors were all local businesses. These advertisements provide a snapshot of the city's most prosperous firms of the day, a few of which are still in business in one form or another:

The ad for the Drury Tile & Plaster Co. is particularly interesting since this business was the seed for the "Drury Empire" of today. 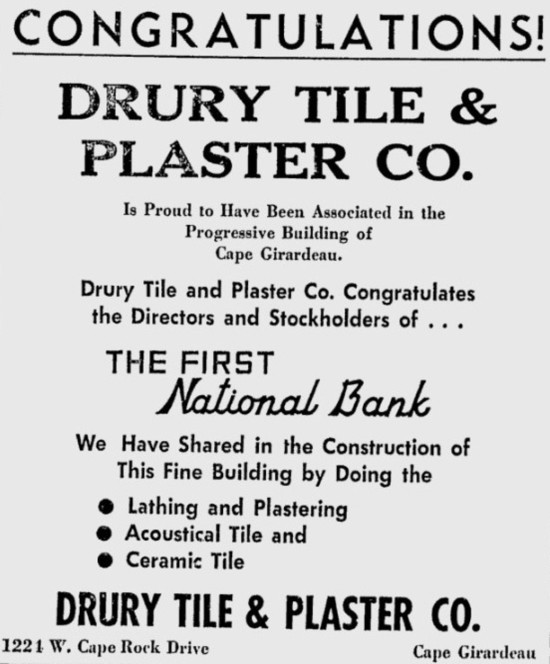 It may seem hard to believe, but Cape Girardeau only had two banks at the time: First National Bank and Farmers & Merchants Bank. The opening of a new bank facility, therefore, was a major event. It started with the help of city police officers who escorted the bank's cash from the old location at 118 N. Main. 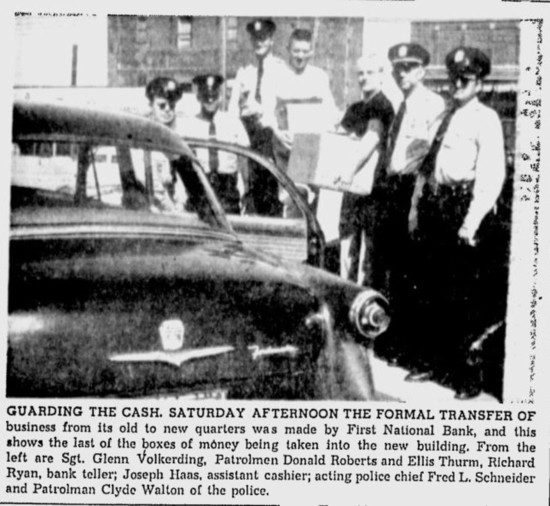 During the grand opening gala, an estimated 4,000 people visited the bank, with 1,770 signing the guestbook. The "spacious" parking lot couldn't hold all of the cars.

Despite the hoopla and talk about "progress", the opening of this modern-style building would represent a sort of high-water mark for downtown Cape Girardeau. Future bank construction would follow the city's growth to the west, congregating along Kingshighway. Retail stores also headed west, and downtown suffered a decline. The bank building, meanwhile, changed hands numerous times, and is now owned by the city.

The building's strange roof hasn't performed well in Missouri's deluge-prone climate. Suffering from roof leaks and steady deterioration, the city is no doubt happy to rid itself of this albatross. Even though I'm sure many people consider this structure an eyesore (if they notice it all), the building does offer some redeeming qualities for its role in city history as the first "modern" bank. It's a prime example of Mid-Century Modern architecture. 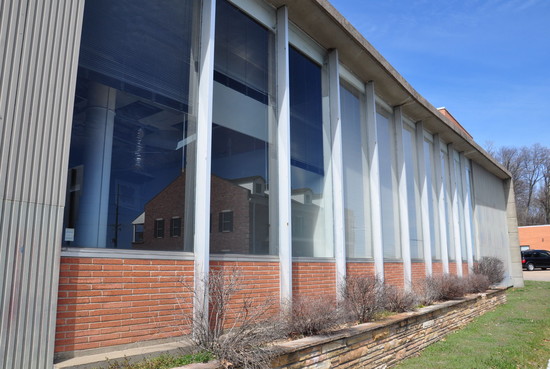 Modernist architecture has fallen out of fashion, but it's possible that the style could make a comeback. Future generations will likely be frustrated by the destruction of so many Mid-Century Modern buildings, just as we now lament the loss of classic landmarks such as the St. Charles Hotel or the Ellis House.

At least future generations will have plenty of parking.