"You've got to be kidding!"

That was my reaction after reviewing the photos I had taken at the Feb. 2 "Eagle Trek" event at Kaskaskia Lock & Dam near Chester, Illinois.

I had accidentally taken a photo that featured two flying bald eagles, but I didn't realize it at the time. 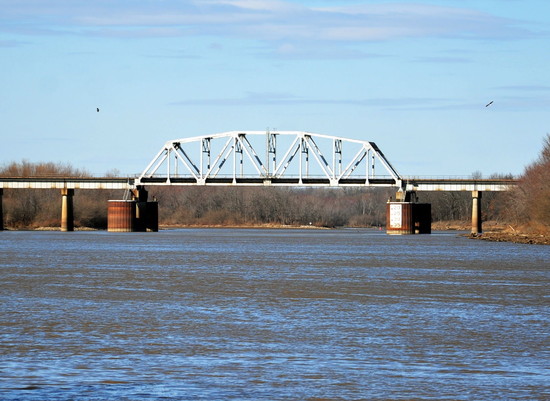 That's the kind of strange luck that I have: I couldn't spot a bald eagle in the wild if my life depended on it, but I could take a photo of one without even trying. 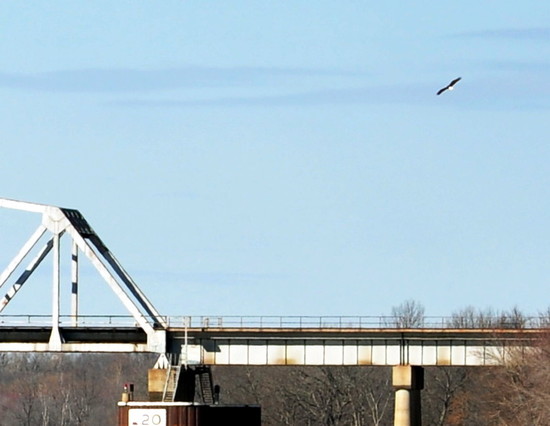 I did get to see a live eagle -- but not a wild one -- during a presentation by the World Bird Sanctuary of St. Louis. 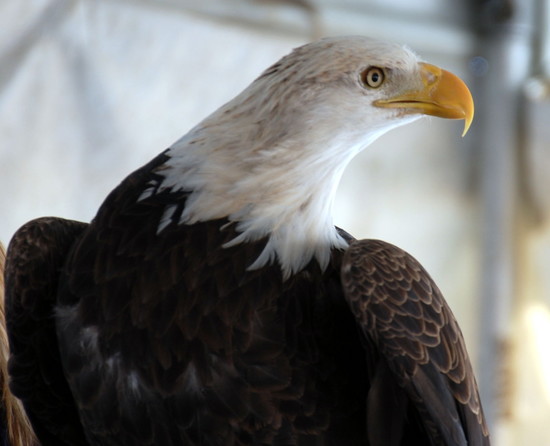 The star of the show, named Liberty, has been through some strange luck. He was hit by a car while feasting on roadkill in Florida, nursed back to health, and then released into the wild. Three weeks later, he was back eating roadkill again. You can probably guess what happened next: he was hit by a car again, resulting in injuries that made it impossible for him to live in the wild. 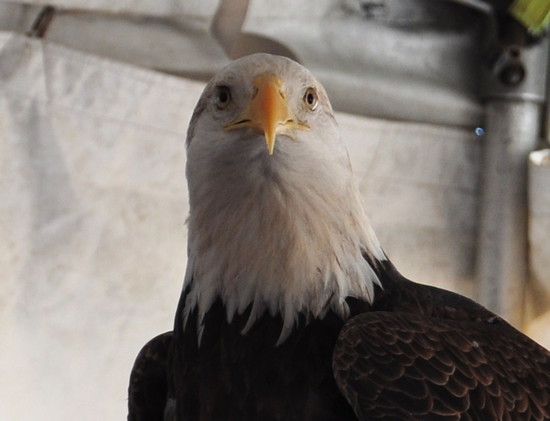 Eagles prefer open bodies of water, the presenter explained, and the lock and dam at Kaskaskia provides a nice hangout for them. Not only does the dam create a reservoir on the Kaskaskia River, but it's located only 0.8 miles above the Mississippi River. 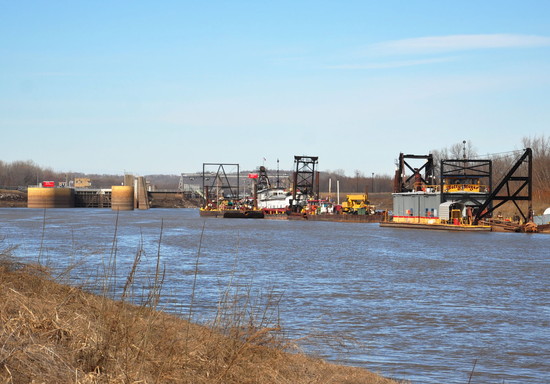 A paved walking path, recently designated as a National Recreational Trail, provides access to the intersection of these two bodies of water. 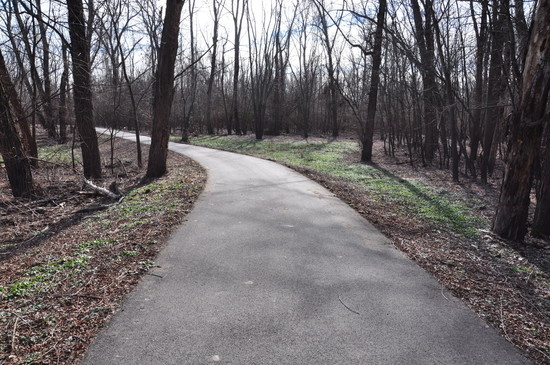 At the end of the trail, a tent with a spotting scope had been set up. A volunteer explained, "We were watching an eagle in a tree across the river all morning, but he flew away within the last hour." Just my luck. 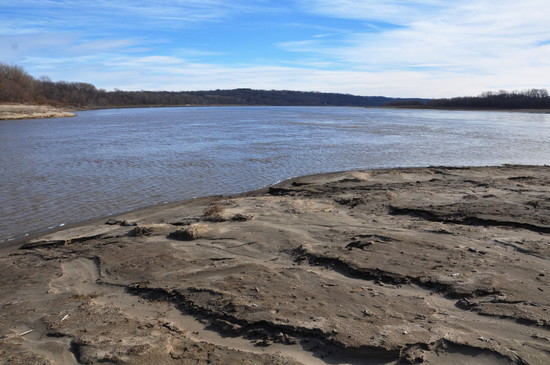 Back at the lock and dam, another volunteer was equipped with a spotting scope, but he reported seeing no eagles nearby. At least I had a chance to take a tour of the dam. Completed in 1973, the Kaskaskia River lock handles a surprising number of towboats and pleasure boats. It's open for business 24/7. 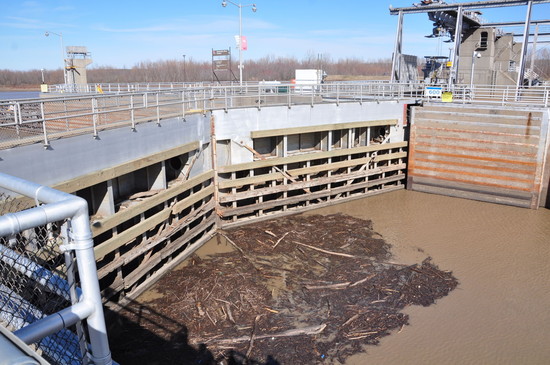 The dam features a complex system of hoists to lower and raise the gates. Usually it holds back the Kaskaskia River to create a reservoir, but sometimes the flow is reversed when the Mississippi River is flooding. 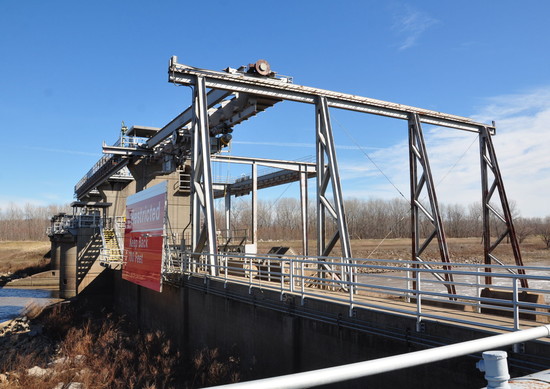 Tours are available year round, not just during the eagle event, which makes this an interesting destination. You can visit the lock and dam, walk to the confluence, and hopefully have more luck at seeing a wild eagle in real life instead of on a computer monitor.

From Cape Girardeau, take I-55 north to the Perryville exit (#129). Turn right and follow Highway 51 all the way to the Mississippi River bridge at Chester. Continue straight on the Chester bypass, then turn left (north) on Highway 3. Follow the highway for 9 miles, then turn left on Roots Road just past Ellis Grove. Soon after crossing the bumpy bridge over the Kaskaskia River, turn left on Lock & Dam Road, go under the railroad bridge, and then turn left at the access road to the dam. The trailhead for the Confluence Trail is located to the right, just past the campground.