Don't adjust your monitor: This really is Missouri 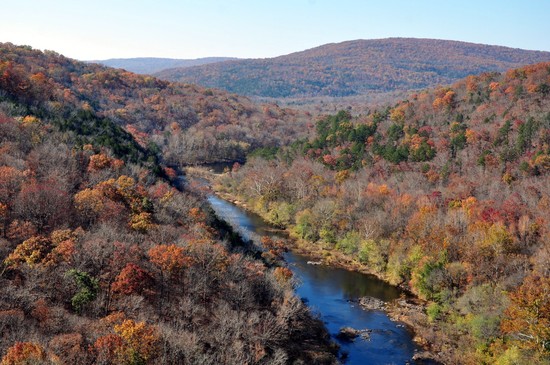 I know what you're thinking about the photo above. This scene couldn't possibly come from Missouri. This must be some mountain vista in West Virginia or another place far away.

No, it really is Missouri. The water is the good ole St. Francis River in Madison County, not far from Fredericktown. 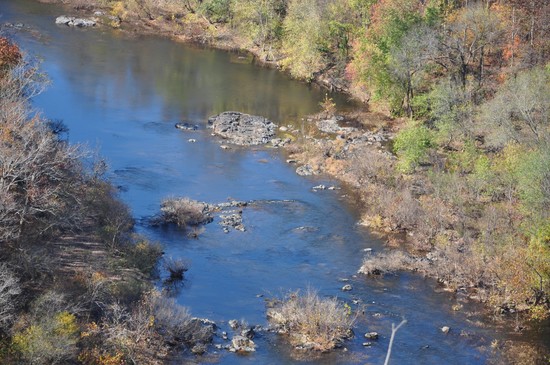 Lee Bluff, a 300-ft tall cliff, is the setting for this panoramic view. 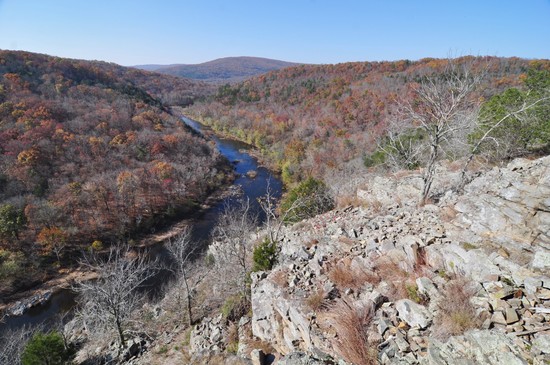 The bluff overlooks a sharp bend in the river. It's almost too much to capture, even with a wide-angle camera lens. 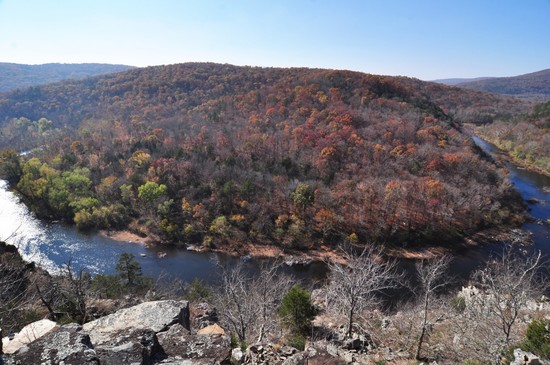 From here, St. Francis River continues south, flowing through a series of pools. 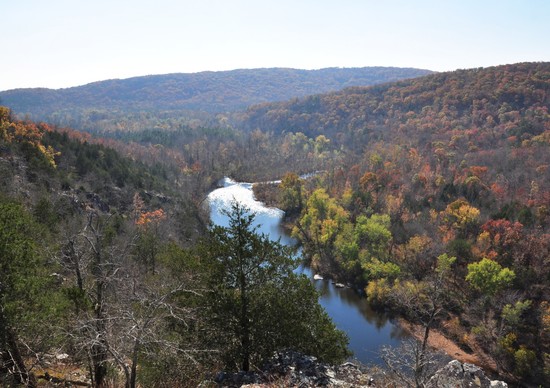 Black Mountain (elevation 1,502 ft.) looms in the distance to the northwest. On this particular fall day, the mountain was more red than black. The name actually has nothing to do with the color. According to the Ramsay Place Names File, the mountain was named for a pioneer family. 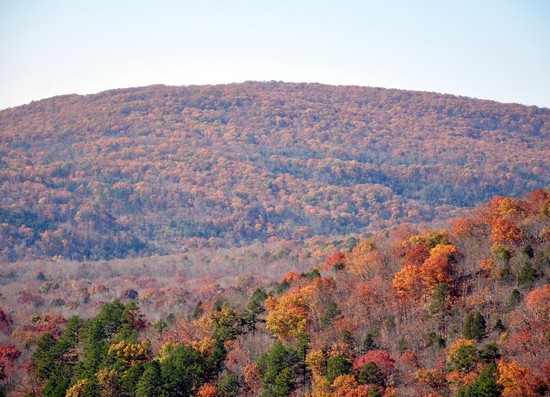 Other nearby mountains, including Arnett and Marlow, were also named for early landowners. However, I haven't yet been able to find the origin of Lee Bluff. It's a rather mundane placename for such a spectacular scene, one of the best views in all of Missouri. 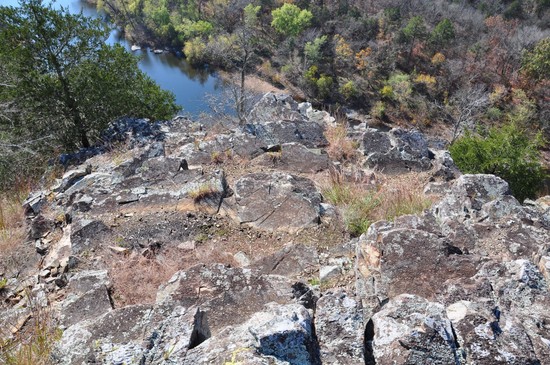 Scanning the horizon, not one cell or radio tower is visible. Indeed, except for some ATV tracks along the river's edge, the entire view is devoid of any signs of human activity. That's a rarity for this part of the country. 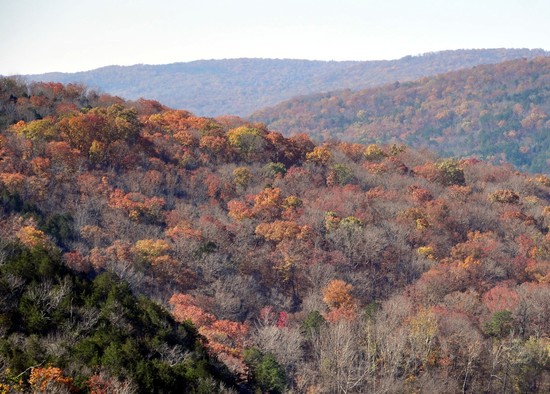 Because of the remoteness, Lee Bluff is not an easy destination to reach. But it's well worth the effort.

Turn right on Route E and drive 5.3 miles to Route O. Turn left on Route O and follow this road for almost 5 miles until the pavement ends. Continue straight on County Road 425. After crossing a low-water bridge, the road forks. Bear right on County Road 408. After driving past a farm, the road becomes narrower and rougher. Some maps show this as Forest Road 2064. Keep going for a quarter-mile beyond the last house and look for an ATV trail on the left. Park on the side of the road where convenient (approx. GPS coordinates are 37.45327, -90.45072).

Note: Forest maps show that the bluff itself is private property just outside of the Mark Twain National Forest. I didn't see any "Keep Out" signs and the trail seems well traveled, but I can't make any guarantees. See the Rock Pile Mountain topographic quadrangle map for details.