"Thebes, at the head of the Grand Chain, and Commerce at the foot of it, were towns easily rememberable, as they had not undergone conspicuous alteration. Nor the Chain, either--in the nature of things; for it is a chain of sunken rocks admirably arranged to capture and kill steamboats on bad nights. A good many steamboat corpses lie buried there, out of sight..."
-- Mark Twain, Life on the Mississippi

The dangerous conditions of the Mississippi River at Thebes left an impression on Mark Twain, but the river is much different now. Those sunken rocks have since been blasted into oblivion.

Thanks to this year's drought, however, some of the "Grand Chain" of rocks can still be seen along the river near Thebes. These boulders, pinnacles, ledges, and other formations are too far from the main channel to pose a major threat to shipping, but they provide a glimpse of what Mark Twain saw during his life on the Mississippi. 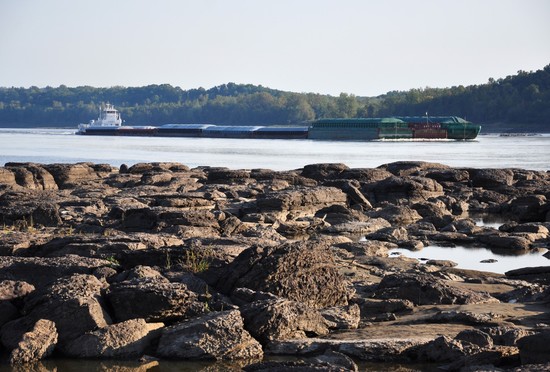 Just downstream from the Thebes Railroad Bridge, the exposed rocks on the Illinois side create a badlands of nook and crannies. 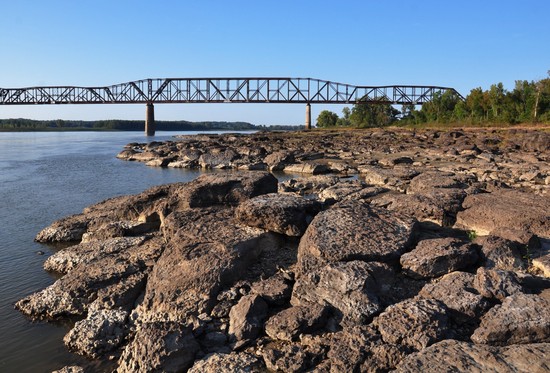 In Twain's day, these rocks extended farther into the main channel, lying in wait for distracted or unlucky riverboat pilots. 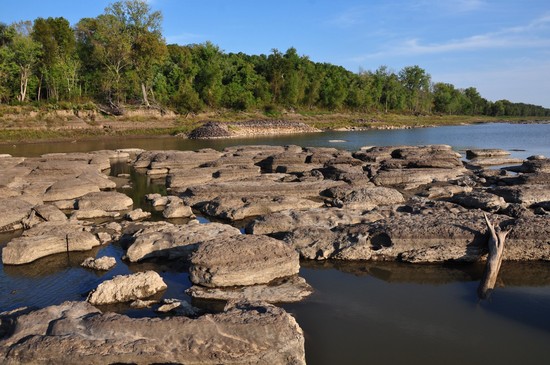 While the river had other troublesome stretches, Twain described the Grand Chain as "the very worst place in the whole Mississippi River from Lake Itasca to the ocean." During a dinner speech in Australia, he recounted a trip on the Mississippi in which the pilot disappeared to grab some coffee, leaving Twain at the wheel to navigate through the Grand Chain.

He explained, "These deadly rocks are only seventy feet apart, and a Mississippi steamboat is twenty-five feet wide, so you must not diverge at all. If you hit one of those rocks you would be in heaven in two minutes. I recognized that I was in the Grand Chain, but didn't know exactly what part of it. However, I knew one thing--that the pilot would never have put that wheel into my hands until he had satisfied himself that the boat lay exactly in the right course. He knew that if I had any sense at all I had sense enough to keep between the marks--which I did most diligently."

Twain may have embellished the story a little bit, but it's clear just how hazardous the Thebes area was to river commerce. However, another hazard would soon emerge: railroads. The "iron horse" brought serious competition to the steamboat trade, but the railroad produced a more imminent threat. Railroad bridges constructed up and down the Mississippi River represented a new kind of obstacle, something that pilots had to carefully skirt around and under. 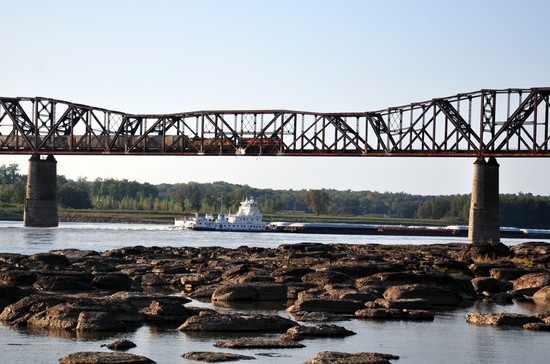 A consortium of railroad companies constructed the Thebes Railroad Bridge in 1905, adding more difficulty to this already difficult stretch of the river. The bridge's piers have been struck by barges numerous times over the years. 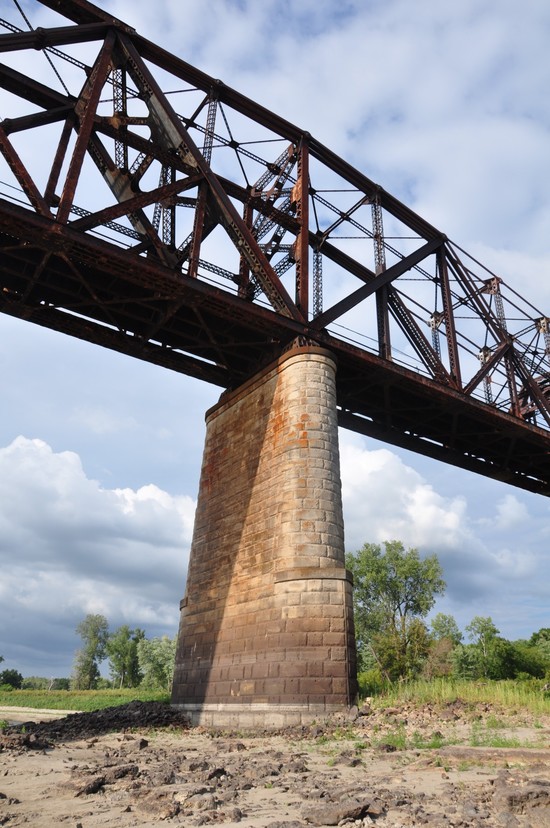 Despite the bombardments, the bridge has held firm, and continues to carry two tracks of heavy train traffic. As the only railroad bridge across the river between St. Louis and Memphis, the Thebes crossing is crucial to the national rail network. 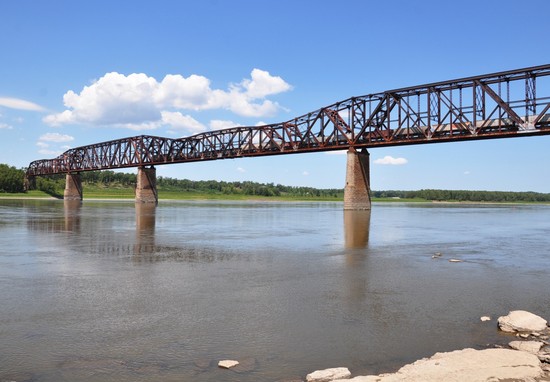 Of course, barge traffic on the Mississippi is also crucial to the economy. Thebes sits at the intersection of these two arteries of commerce. With the river at an exceptionally low stage, now is the best time to explore the landscape at this important area. 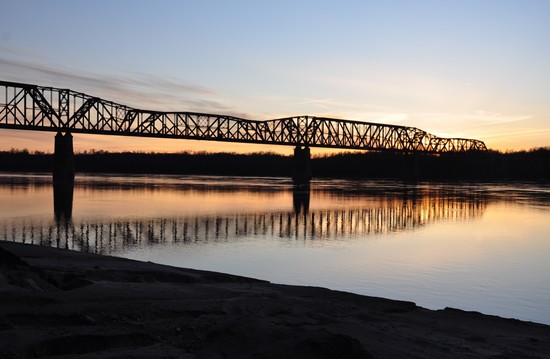 From Cape Girardeau, take Illinois Highway 146 east to Highway 3 and turn right (south). Approaching Thebes, turn right at the roadside park and drive into town. After zigzagging through the streets, turn right on Poplar Street (the concrete road). At the end of the street, turn left, drive one block, and park in the designated area next to the boat ramp and campground.

Walk to the end of the boat ramp and then follow the sandy shore to the bridge, tiptoeing around any gullies. If the river is low enough, the exposed rocks of the Grand Chain can be found for a long distance beyond the bridge.