Tower Rock: The silver lining to our drought

Mark Twain described Tower Rock as a "huge squat pillar of rock, which stands up out of the water on the Missouri side of the river--a piece of nature's fanciful handiwork--and is one of the most picturesque features of the scenery of that region." 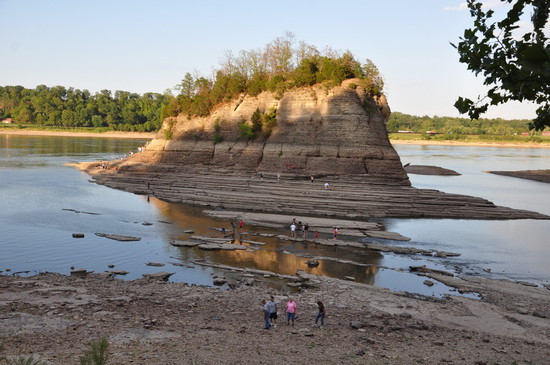 With the river level continuing to drop because of the drought, now is the perfect time to see this "handiwork" up close. The level is just low enough to allow tip-toeing across the ankle-deep water to reach the rock. 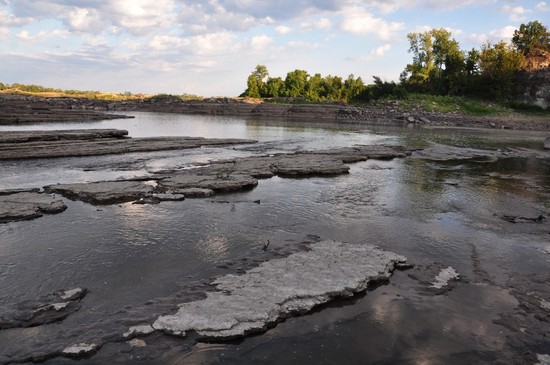 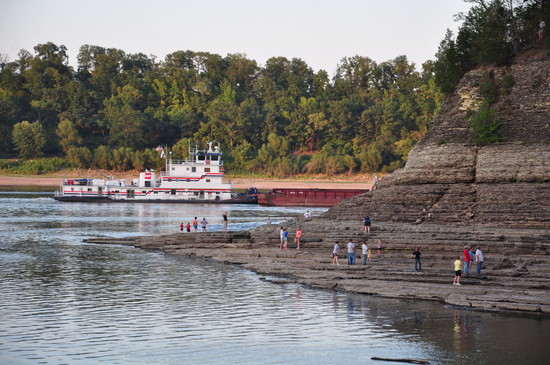 The lack of water, of course, is playing havoc with the barge industry. This stretch of the Mississippi River has long been a nuisance for navigation as the river squeezes between Tower Rock on the west and a formation called the Devil's Bake Oven on the east. 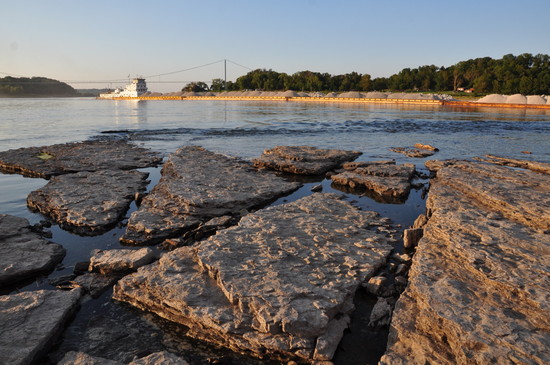 Other rock formations and pinnacles once surrounded Tower Rock, but they were blasted to improve navigation on the river. One additional rock monolith does remain just to the south on the Missouri mainland. Since this feature doesn't appear to have a name, I suppose we can call it "Tower Rock Mini Me." 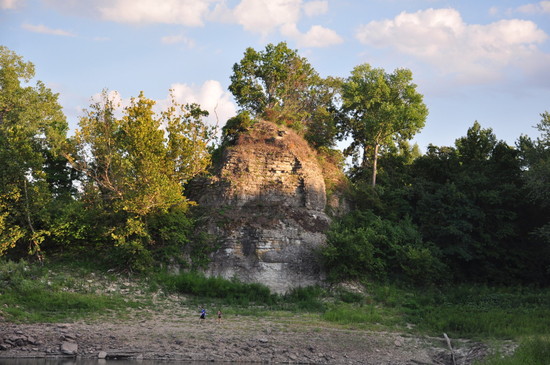 In 1871, to spare Tower Rock from possible destruction, President U.S. Grant issued a proclamation making the island a reserve of the federal government for the enjoyment of the public. And that's exactly what has been happening lately, with sizable crowds gathering to explore the rock. 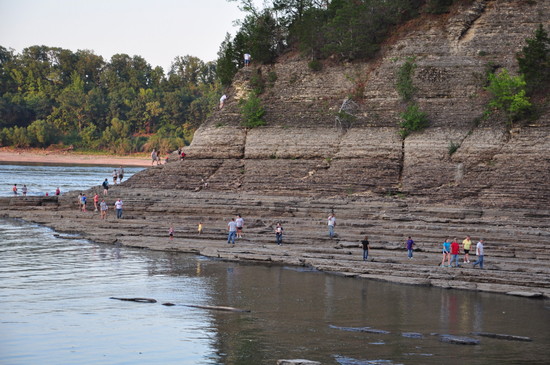 The first item of business for most visitors, of course, is to climb the steep rock to reach the seldom seen terrain at the top. Even though Mark Twain called Tower Rock a "squat pillar," the cliff face is anything but squat or short. 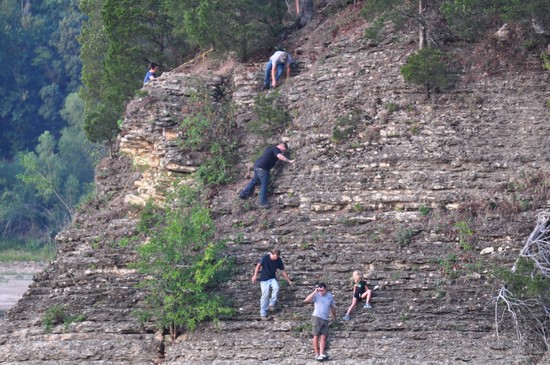 Next on the agenda is to make the complete circuit around the base of the island. The north side features a large shelf that juts into the river at a slightly tilted angle. 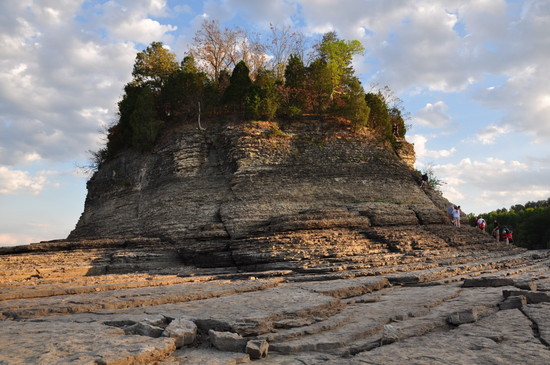 This shelf continues around to the east side, but a large crack seems to split the rock in two. 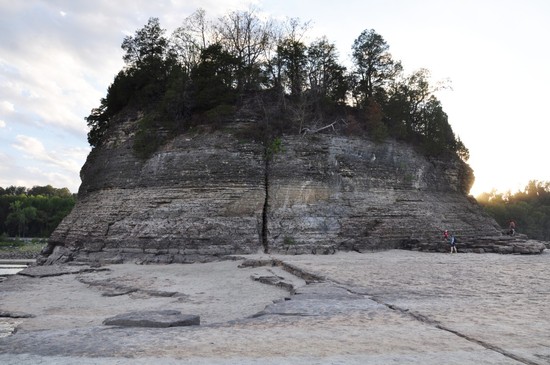 The south side is more difficult to cross, as a narrow ledge is the only thing separating the tower's vertical cliff and the water below. 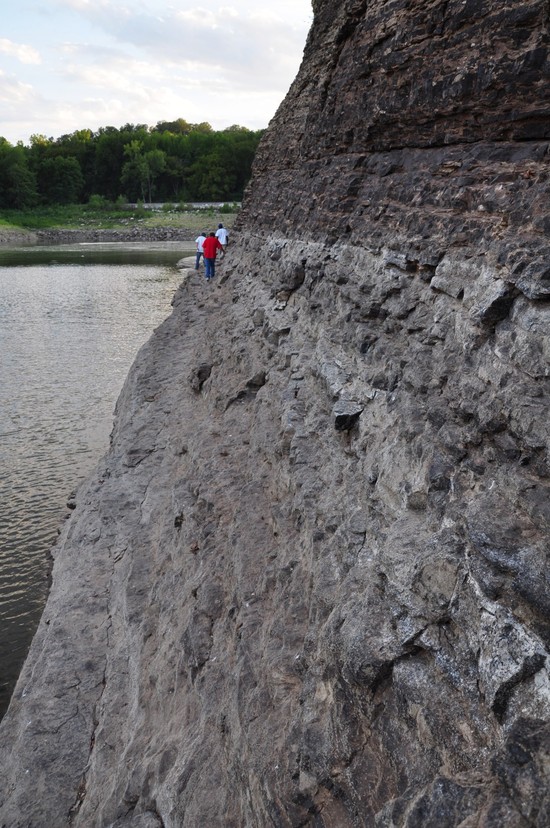 Be sure to look up to see the "turret" clinging to the side of the cliff. 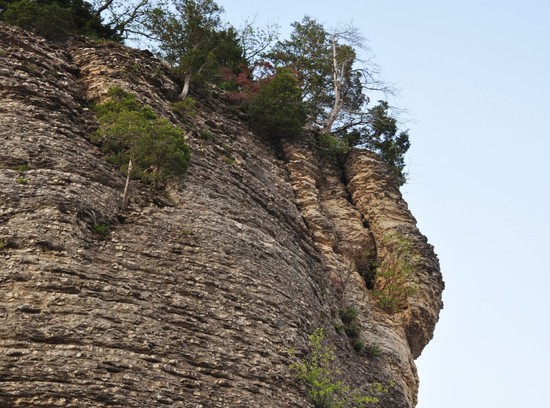 At the T-junction with Route A, turn right and follow this road through Altenburg. After leaving town, continue straight for a couple miles and turn right on Perry County Road 460. If you reach the end of Route A, you've gone too far.

County Road 460, a very dusty gravel road, climbs up and over a steep hill, past a pipeline suspension bridge, and then across the railroad tracks. After crossing the tracks, continue to the main parking area. If there's no space available, follow the county road as it crosses the tracks again on the right and park where convenient on the side of the road in the woods.