Growing up, I was always confused when I saw a sign for the St. Louis Iron Mountain & Southern Railway in Jackson. The rail line didn't go anywhere near St. Louis or Iron Mountain, so where did the name come from?

Now I know that the name is a remnant from a much larger rail system that did, in fact, connect St. Louis and Iron Mountain. 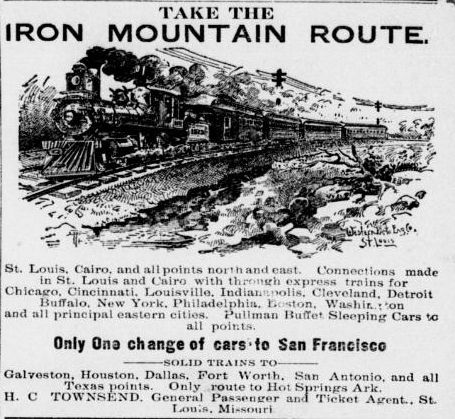 Over the years, the old Iron Mountain system has changed hands while shriveling in size. That trend will continue with the impending abandonment of the railroad line between Gordonville and Delta. Soon another vestige of the St. Louis Iron Mountain & Southern Railway will be erased from the map.

Before that happens, let's look back at the history of railroading in the Jackson area. It all began in May 1883 with the founding of the Jackson Branch Railroad Company. The Missouri Secretary of State website includes a scanned version of the company's hand-written articles of incorporation, including the signatures of the original five shareholders.

The list of names represents a Who's Who of prominent Jacksonians at the time: L.H. Davis, H.R. English, H.H.M. Williams, Wilson Cramer, and F. Tiedemann.

At the top of the list, Lowndes Henry Davis was a U.S. Congressman who served three terms from 1879 to 1885. He is listed in later documents as the president of the company, which is no surprise since he was the largest stockholder.

Incidentally, according to the Ramsay Place Names File, he helped arrange for the establishment of a post office at a certain hamlet in Wayne County called Lowndes. Evidently the residents thought the congressman's first name was a better choice for the village's new name rather than the previous two monikers: Hog Eye and Jim Town.

Henry R. English, the second person on the list, was the clerk of the circuit court in Jackson and apparently helped draft the articles of incorporation. His one token share in the company may have been compensation for this.

Wilson Cramer, the secretary of the railroad company, was a Jackson lawyer. One news clipping indicates that he served on the building committee for the present county courthouse.

Finally, the last shareholder, Frederick Tiedemann, opened a milling operation at Jackson in 1883. Naturally, the railroad would be a huge boost to his business, and he likely became one of the first customers.

These businessmen and officeholders all had a vested interest in bringing a railroad to Jackson. Until this time, the railroads had bypassed Jackson to the south. The Belmont Branch of the Iron Mountain Railroad, built 1869, entered Cape Girardeau County, but only through the southwest corner. Meanwhile, Cape Girardeau finally had a railroad in 1880 thanks to the efforts of lawyer-turned-accidental-railroad-tycoon Louis Houck, but that line didn't help Jackson. Civic leaders likely figured that if the iron horse didn't come soon, Jackson would be in deep trouble.

The original charter for the Jackson Branch Railroad authorized the company to build from Allenville through Jackson and on to Perry County, ending opposite Grand Tower, Illinois. By 1885, however, only the line to Jackson had been completed, but that was enough to satisfy the company's main objective. The tracks connected to the Iron Mountain Railroad at Allenville, providing access to St. Louis and beyond.

Timetable printed in the Jackson Herald newspaper in 1901

It didn't take long for the Iron Mountain to absorb the Jackson Branch Railroad. In Jan. 1885, the Jackson shareholders sold the company to legendary railroad baron Jay Gould. With a growing railroad empire spanning over 10,000 miles, the Jackson railroad -- with a paltry 16.3 miles of track -- would have been a mere trifle for Gould. 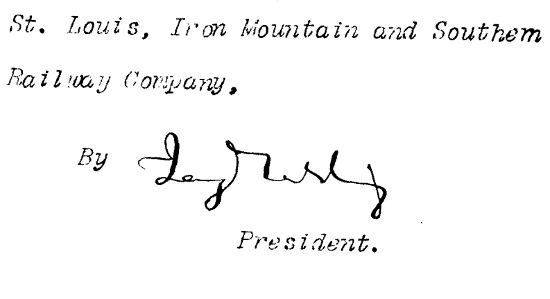 Louis Houck was also growing his little railroad domain out of Cape Girardeau, but Houck wasn't in the same league as Gould. Nevertheless, Houck was was able to hold his ground when the two sides butted heads. 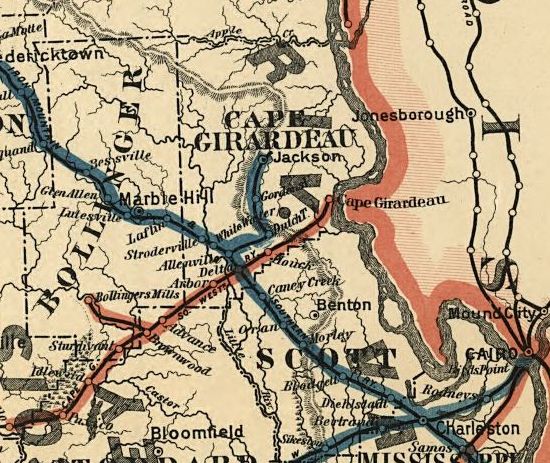 Jackson had its railroad, but business leaders in Perryville weren't happy that their town was still cut off from modern civilization. They agitated for the railroad to be extended into Perry County as originally intended, but the Iron Mountain -- and later the Missouri Pacific -- never did so. Instead, Louis Houck constructed the Cape Girardeau Northern Railroad, which connected Cape Girardeau, Jackson, Perryville, and more. Jackson found itself at the junction of two railroads -- but not for long. 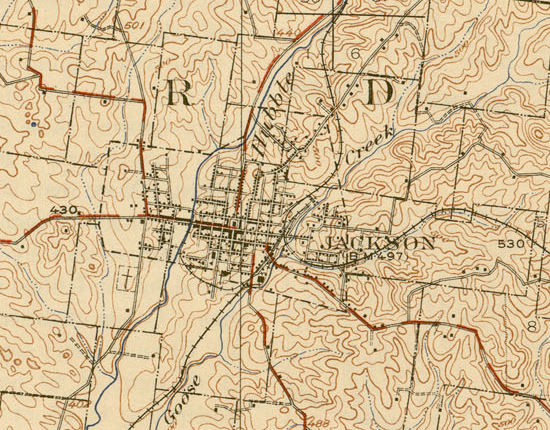 The popularity of automobiles was a major blow to railroad traffic, especially passenger service. The Great Depression didn't help matters. By 1932, the Missouri Pacific planned to eliminate the Jackson Branch Railroad. Only $4 of freight was shipped on an average day to three Jackson businesses that still used the rails. Speaking at a Chamber of Commerce meeting, Frank Black, a conductor for the railroad, announced, "If we don't get more support, it is only a question of time when there won't be any railroad in this county..."

His dire warning didn't quite come to pass, but now, 80 years later, the Jackson Branch Railroad is on its last legs -- again.

While it's probably fruitless to keep the dilapidated railroad tracks intact between Delta and Gordonville, there is still the prospect that the rail corridor can be converted into a bicycle and pedestrian trail. Missouri has seen wildly successful rail-to-trail projects (such as the Katy Trail), but Southeast Missouri has been left out so far. This is a golden opportunity to preserve a segment of the St. Louis Iron Mountain & Southern Railway as a trail -- even if it's nowhere near St. Louis or Iron Mountain.