I explained in a recent blog the difficulty in tracking down the origins of placenames such as Fruitland, Marble Hill, and Fredericktown. In some cases, the source of a name is clear, but the spelling is not.

Take some of the mountains in Madison County. Blue Mountain, a 1,361 ft. summit near Silver Mine, has nothing to do with the color, even though it does take on a blue tint when viewed from a distance.

According to the Ramsay Place Name Study, it's actually named for the Belew family, local pioneers.

Likewise, Van East Mountain, located across from Blue Mountain, shares a similar history. The name appears to be a misspelling of Van Hees. According to land records, Guillaume Frederic Van Hees purchased some of the mountain's land just prior to the Civil War. Indeed, he acquired a considerable amount of acreage in Madison and Iron counties during the late 1850s.

The Missouri State Archives website has a letter from 1857 recommending that G.F. Van Hees be appointed as notary public for Iron County. With such a peculiar name, I think it's safe to figure this is the same person. He must have been fairly prosperous and connected in the community, putting him in position to have a mountain named for him. It's too bad the mapmakers couldn't spell his name right.

Van East Mountain has taken on a new level of significance in recent years with a proposal by the Missouri Wilderness Coalition to designate the mountain as a federally-protected Wilderness Area. Most, but not all, of the mountain is part of the Mark Twain National Forest. The proposed wilderness would also include nearby Brown Mountain, named for another pioneer family and not for the color (at least it's spelled correctly).

It's hard to say whether this wilderness proposal has any chance of advancing through Congress. At any rate, we can enjoy this wild area right now. An unmarked, but easy to follow, trail leads from a county road to the summit. While approaching the top, a series of glades to the left provide an opening in the trees. 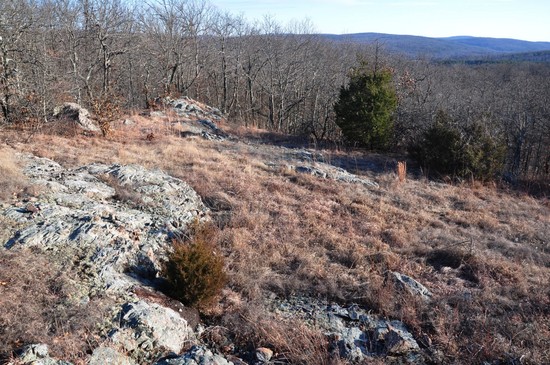 The clear spots provide spectacular views to the south toward Kelley and Trackler mountains. The land in the distance is a patchwork quilt of Forest Service and private holdings. 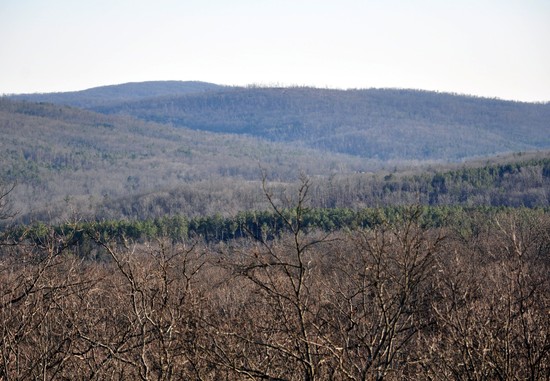 To the southwest looking into the sun, the mountain ridges fade into the distance. If you squint your eyes, you can pretend this is a part of the Blue Ridge Mountains of Virginia. 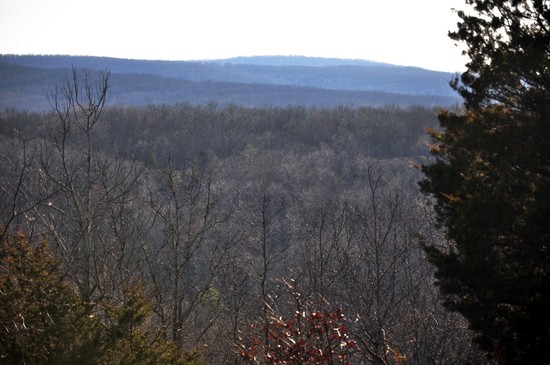 The rest of Van East Mountain, a mix of trees and small rock outcrops, seemed fairly mundane. Perhaps the most interesting feature here isn't the mountain, but the creek at the foot of the mountain next to the road. This place is called Weiss Shut-ins. 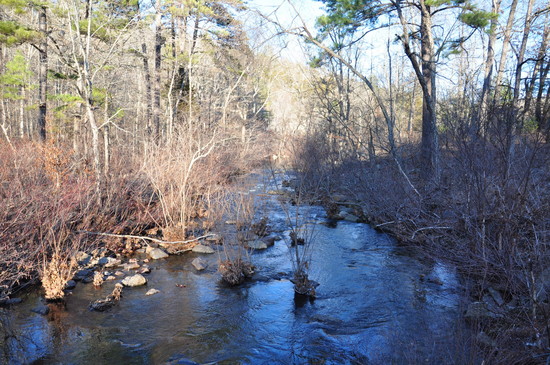 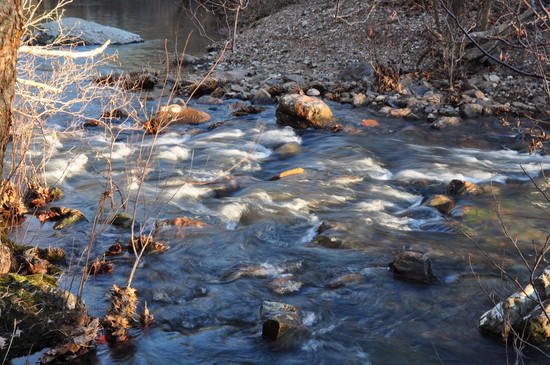 A broken line of rocks flanks one side of the creek. 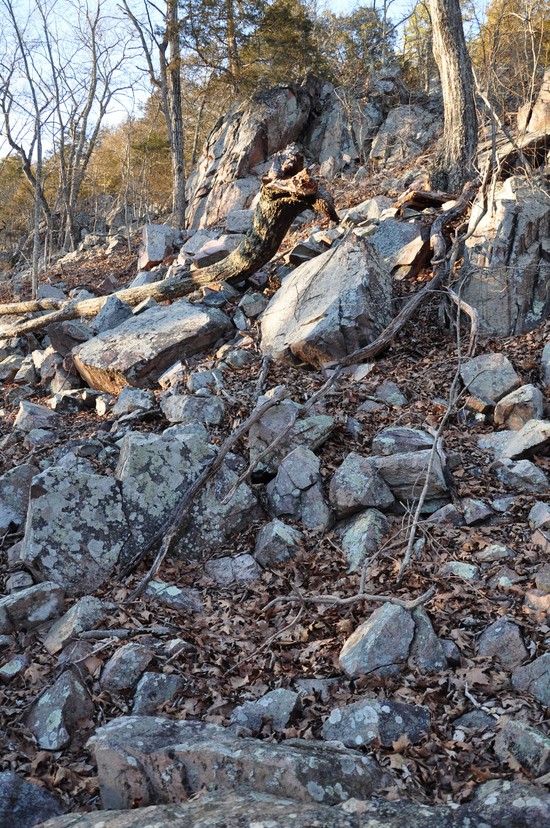 I was amused to see that a tree has managed to grow out of a sizable crack in one of the larger rocks. 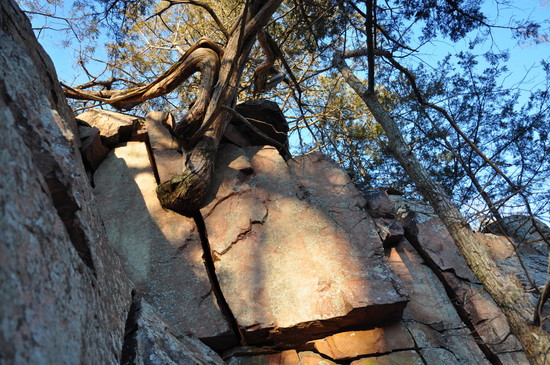 Weiss Shut-ins isn't nearly impressive as other Ozark shut-ins, but this picturesque spot, along with the mispelled Van East Mountain, make for a nice destination.

From Cape Girardeau, take Highway 72 west through Patton and Fredericktown. Turn left on Route D after going through the deep roadcuts west of Fredericktown. Continue on Route D past Silver Mine Recreation Area. The blacktop Route D will soon become gravel County Road 518. Drive for 1.6 miles until the road comes to a low-water bridge over Rock Creek. Just before this bridge, park on the right side of the road next to an informal campsite. Weiss Shut-ins is all along the creek here.

Walk across the bridge and look for the beginning of the trail on the right. This trail is unmarked and doesn't appear on the Lake Killarney topographic map, but is fairly obvious as it climbs Van East Mountain. It will swing to the left and then the right before reaching the glades near the highest peak. Leave the trail on the left and explore the glades for the best views.

Distance from the trailhead to the summit is roughly three-quarters of a mile with a change in elevation of 500 feet.