Some good news about a bridge for a change

The last year has been rough for regional bridges. The Mississippi River Bridge at Cairo has been closed for over a year, the Ledbetter Bridge near Paducah was recently restricted to a three-ton weight limit, and the Eggner's Ferry Bridge over Kentucky Lake was annihilated by a wayward cargo ship.

Finally, I have some good news to report about a local bridge. A steel bridge on Old Illinois Highway 3 near Thebes has been reopened to traffic following a lengthy rehabilitation project.

Providing a shortcut to the hamlet of Gale, this bridge over Sexton Creek is rather unique. You can see why in the photo below. 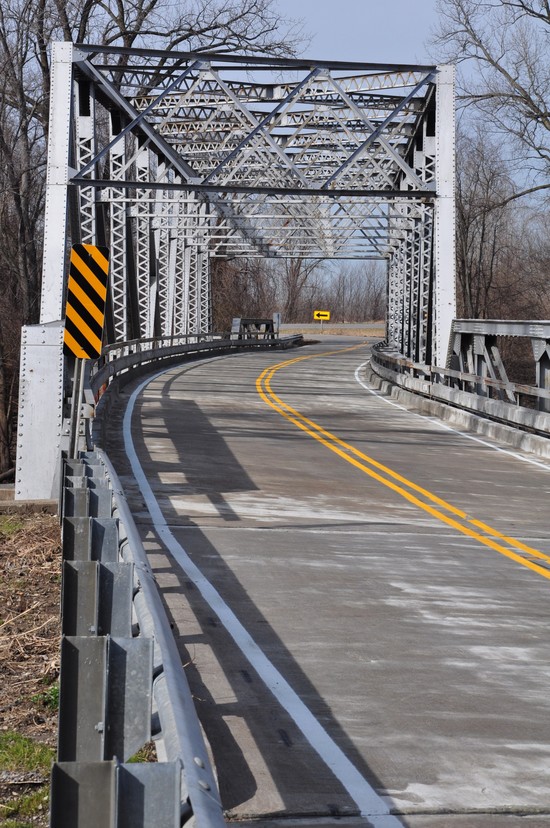 Unlike most truss bridges where are perfectly straight, the Gale Bridge has a remarkably sharp curve throughout its entire length. The structure has three spans, each of which are positioned at different angles to each other. 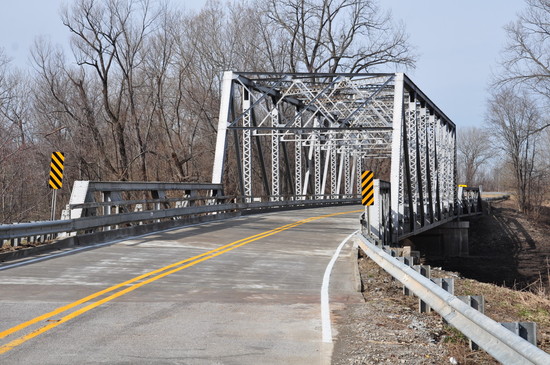 I've photographed countless bridges as part of Bridgehunter.com, but I've never seen a bridge quite like this one. And it's right in our backyard. 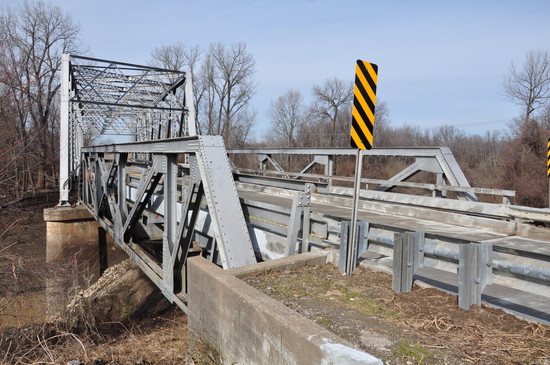 Most of the historic bridges on major state highways in Illinois have been replaced by boring concrete slabs. Thankfully, a new route for Highway 3 along the Mississippi River was built in the 1990s, diverting most of the heavy traffic away from this bridge. The Illinois Department of Transportation had a rare opportunity to repair this bridge instead of scrapping it, and thankfully they've seized that chance. 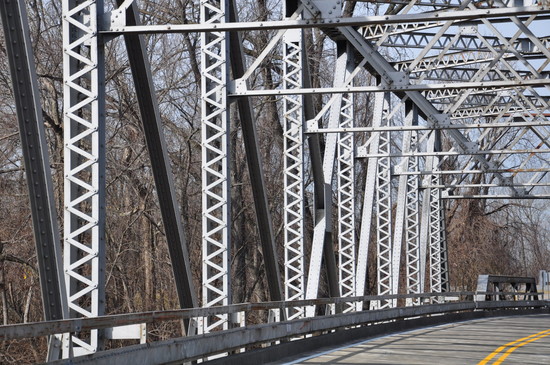 The following boring discussion is likely to put some readers to sleep. You have been warned:

Many states number their highways based on direction, typically odd numbers for north-south routes and even numbers for east-west highways. Missouri, in fact, was one of the first states to follow this pattern starting in 1921. This system was later adopted for U.S. and Interstate highways.

Illinois, however, didn't really have a system at all: the highways were numbered sequentially in the order they were created. Each route had its own bond issue and was called an SBI Route for "State Bond Issue." What we call Highway 3 was originally the 150th route that was assigned. Since only 185 routes were designated through the year 1924, it seems likely that Route 150 (and Route 146, which still bears the same number) were merely afterthoughts.

Later, in 1937, Route 150 was renumbered as Route 3, creating a continuous highway from Grafton to Cairo. However, the portion of the old road near Gale is still officially known as SBI Route 150. That's what the old and new plaques say on the bridge: 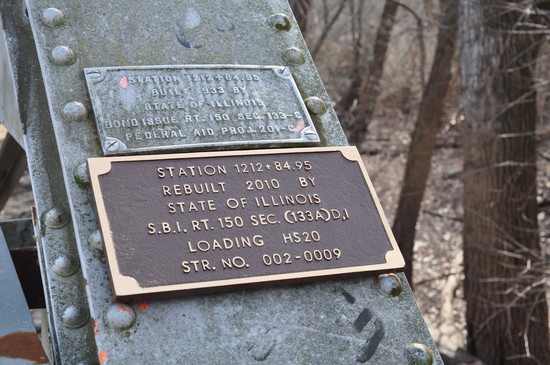 Curiously, the new plaque claims the bridge was rebuilt in 2010, even though the work was performed through the end of 2011. One lesson I've learned over the years is that plaques don't actually say when a project was completed. They merely announce when the plaques themselves were fabricated.