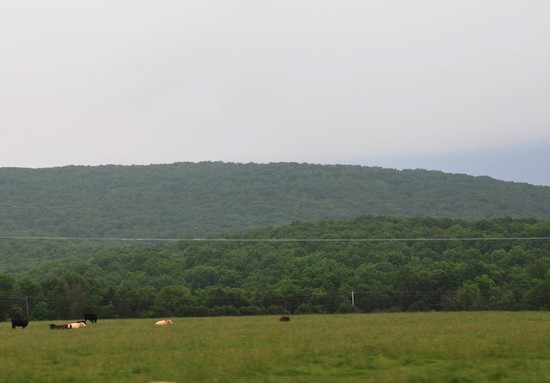 It's not the kind of goal that most people would find very impressive: Climbing to the top of Missouri's third-highest mountain.

And yet No. 3 poses a much greater challenge than Missouri's top two peaks.

The trip to the highest point, Taum Sauk Mountain (1,772 feet), is about as easy as falling off a log. Drive to a parking area and walk a short distance along a concrete trail.

Meanwhile, the second high point, Lead Hill (1,744 feet) in Southwest Missouri, is located just off Highway 60 near Mansfield. The summit is on private property, so there isn't much to see.

That brings us to Buford Mountain in Iron County (1,740 feet). Located in a state conservation area, Buford Mountain doesn't feature any roads or concrete sidewalks. It's a difficult, steep, rocky climb from the trailhead. 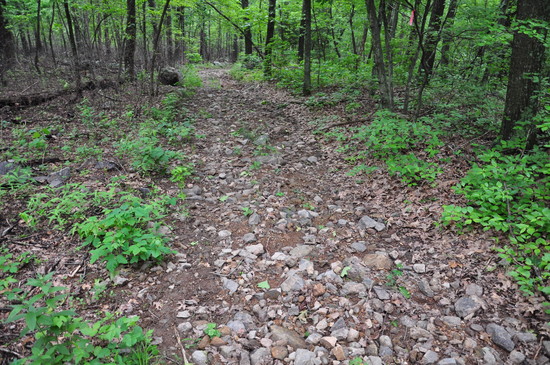 The eroded trail winds its way up the mountainside, intersecting an antique stone wall along the way. The wall was most likely built to mark a property boundary. 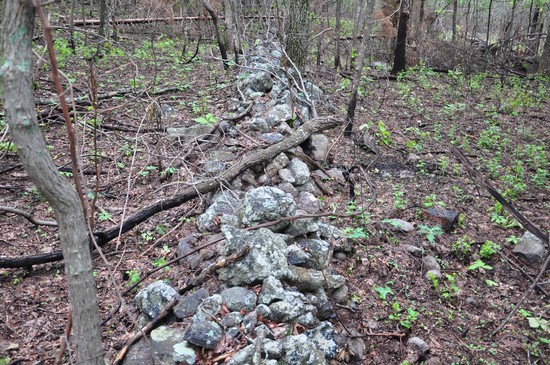 Or maybe not. Much like Taum Sauk Mountain, the summit is rather flat and packed with trees, making it hard to track down the exact high point. Unlike Taum Sauk, however, there isn't a big granite marker to locate the spot. According to topographic maps, the high point is located a short distance to the right (east) of the trail, but good luck finding it.

I've got more bad news. You can't see anything from the summit. To get any kind of panoramic view, you'll need to keep hiking. Buford Mountain is actually a long ridge, punctuated by high points. The first summit, nicknamed Big Buford, is the highest, but also the least interesting.

Back on the trail, the path descends a short distance and then climbs to reach another summit. Here the trail passes through a glade, or a clearing produced by an exposure of rocks. 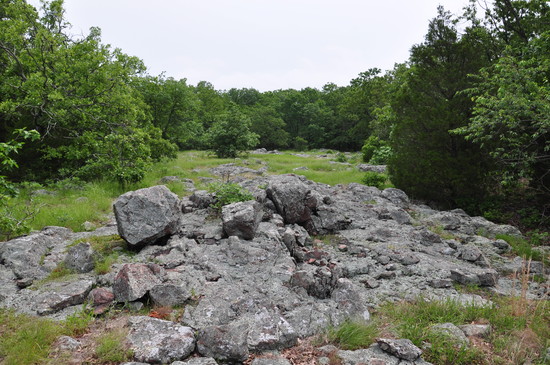 Continuing through the woods, the trail reaches a fork. The left fork follows the backbone of the mountain and eventually reaches another summit called Bald Knob. 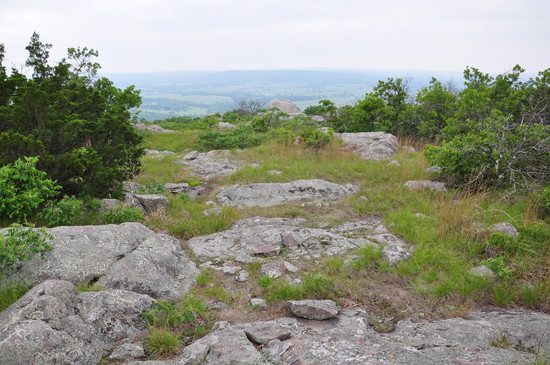 While not as tall as Big Buford, the bald knob lives up to its name, offering a tree-free overlook of the valley below. 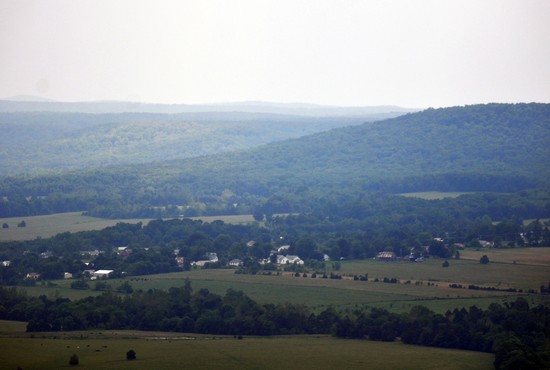 If you squint your eyes and look into the distance, you can almost pretend this is part of the Blue Ridge Mountains of Virginia. 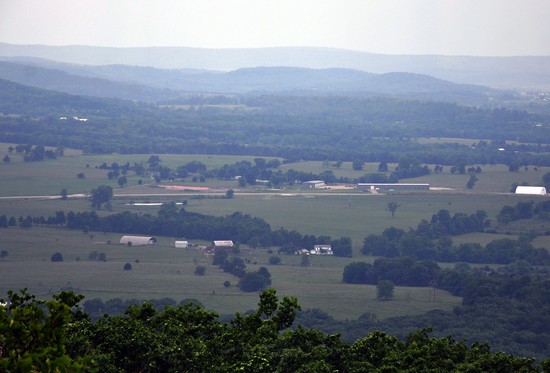 A large outcrop provides a nice throne for surveying the area below. 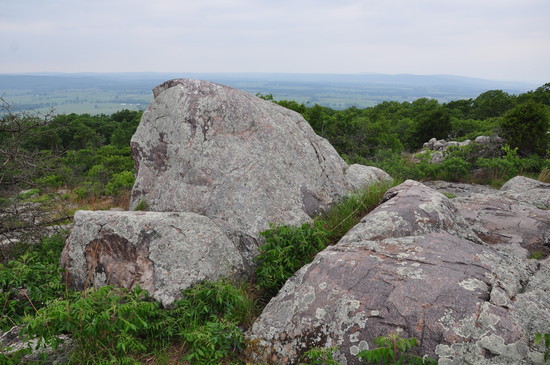 Beyond Bald Knob, the trail drops down yet again, passing a small man-made pond. 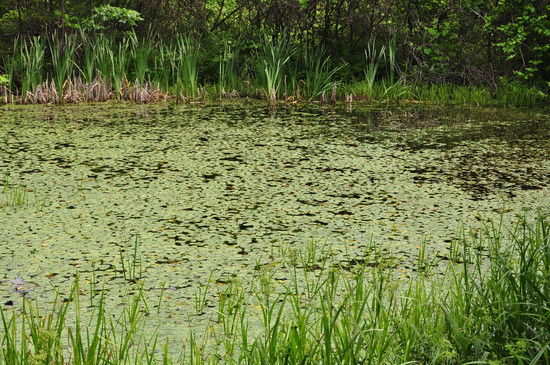 The trail ascends one more summit before turning right and following a loop back to where the trail forked. It's a difficult trek, however, as the trail descends to the foot of the mountain ridge, crosses a few small streams, and then climbs back to the top again. If you follow the entire loop, you will end up conquering Buford Mountain twice. The total hiking distance is over 10 miles.

I'd suggest hiking to Bald Knob and then turning around and following the ridge trail back. In this case the hiking distance is roughly 6 miles, and you only have to climb the mountain once.

From Cape Girardeau, take Highway 72 west through Jackson, Patton, and Fredericktown to Arcadia. After the overpass in Arcadia, turn right and then left and follow Highway 21 north through Ironton and Pilot Knob. At the intersection with Route N, turn left to stay on Highway 21. Before reaching Elephant Rock State Park, turn right on Old Highway 21 (County Road 36). Follow this road to the intersection with Route U and turn right. After a short distance on Route U, the access road for Buford Mountain Conservation Area will be on the left.

Historically, Buford Mountain was considered the second-highest point in Missouri, but everybody had overlooked Lead Hill.

The argument could be made that Buford is actually No. 4, with Wildcat Mountain (approx. 1,760 feet) taking the second spot. However, Wildcat is usually considered part of Taum Sauk Mountain and not counted as a separate peak.