After much anticipation, Union Pacific's No. 844 steam locomotive will be pulling in to Cape Girardeau on Saturday, June 4.

Judging by the photos posted from the train's excursion so far through Missouri (see here and here), sizable crowds have been gathering to watch it.

I'm sure plenty of rail enthusiasts have also been following and intercepting it. They aren't content to sit still and wait for the train to come to them.

This means, of course, that if you want to get a good view, you had better be prepared to stay one step ahead of the thundering herd. Here's a quick guide to some of the best photo opportunities as the train travels from St. Louis to Cape Girardeau via Southern Illinois on Saturday.

At 8 AM, the train will leave St. Louis, travel across the Mississippi River on the MacArthur Bridge, and make the turn to the south. It is scheduled to arrive for a whistle stop in Chester at 10:50 AM.

With the tracks running along the river under the Mississippi River Bridge, Chester provides an excellent backdrop for the train. 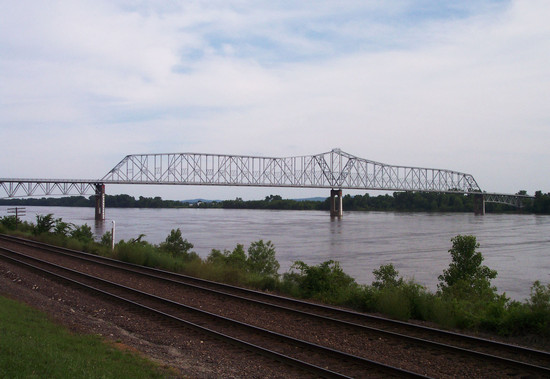 The river has been running high, but hopefully it won't interfere with the train's scheduled stop at Shane and 1st Streets in Chester.

From Chester, the tracks run mostly parallel along Highway 3, providing more vantage points, before veering off through the river bottoms around Gorham. The train is scheduled to stop at Gorham for servicing at 11:35 AM.

Beyond Gorham, the train will skirt to the east of Grand Tower and cross the bridge over the Big Muddy River. This spot can be reached from Highway 3 by taking the gravel levee road on the south side of the river toward LaRue/Pine Hills. 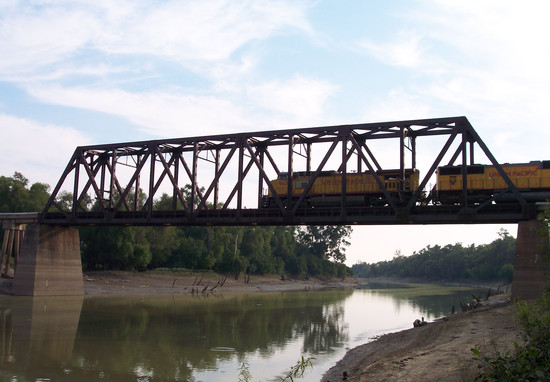 Continuing south, the tracks cross a small wooden trestle next to the crossing at LaRue Road (the southern access to The Snake Road). 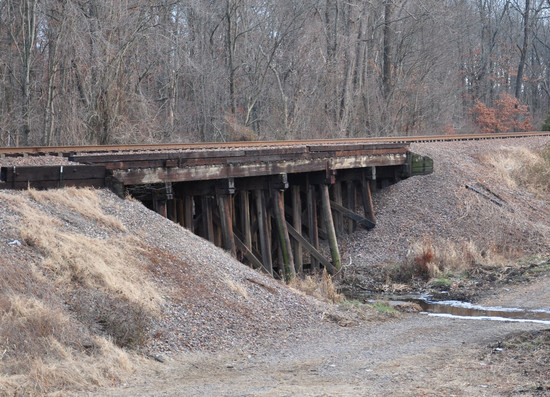 The train will arrive for a whistle stop near Wolf Lake at the crossing with the State Forest blacktop road (12:25 PM). After Wolf Lake, it will only take five minutes to reach the next stop at the Highway 146 crossing at Ware (12:45 PM).

After Ware, the train is not scheduled to make any more stops until it reaches Cape Girardeau at 2:30 PM. It will head south to Thebes where it will cross the Mississippi River. I suspect the Thebes Courthouse will be a popular viewing spot for this crossing. 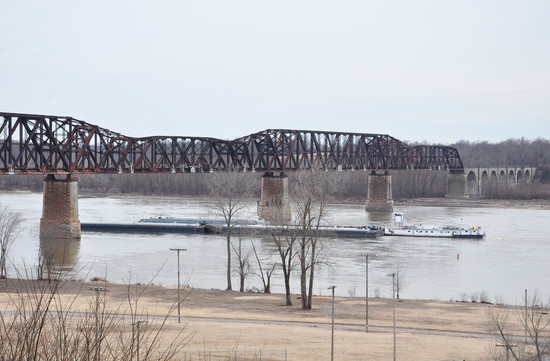 Once in Missouri, the train heads west through Scott City to the junction at Rockview. According to the tracking map posted on the Union Pacific website, the train will then switch to the Burlington Northern Santa Fe tracks and head northeast into Cape Girardeau.

The viaduct on Old US 61, near the Dutchtown interchange, is a good vantage point for the BNSF tracks. 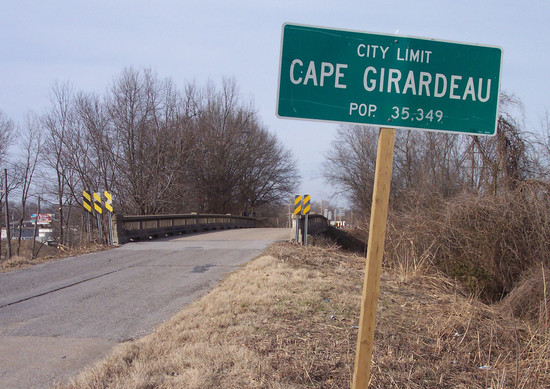 Finally, the train will stop on the siding at 500 Aquamsi Street, near Missouri Dry Dock and the Emerson Bridge. It will be on display during the day Sunday (10 AM to 6 PM) before departing Monday at 8 AM.

After leaving Cape, the train will head back to Rockview, rejoin the Union Pacific tracks, and continue to Delta, Bell City, Dexter, and Poplar Bluff before crossing into Arkansas on its way to the Little Rock area. Whistle stops are scheduled for Dexter (CR 517A crossing northeast of town at 10:10 AM) and Poplar Bluff (downtown near the old depot at 12:10 PM).

Cape Girardeau is fortunate that the steam train will be arriving on a weekend and spending two nights in town. We voted early and voted often, now let's enjoy the festivities.

@UP_Steam Twitter feed with live updates on the train's location

Southeast Missourian article from 1996 when the No. 844 passed through the area.