Guided tour of the New Madrid Floodway, before the flood

Southeast Missouri is now home to the largest "lake" in Missouri. The New Madrid Floodway, at over 200 square miles, is more than double the size of Lake of the Ozarks.

Underneath this temporary lake is a huge area of farmland. The floodway, however, contains more than just farmland. It's the home to a state park, a state historic site, three conservation areas, a Civil War battlefield, a ferry crossing, vintage highways, and several historic bridges.

Sure, the floodway is flatter than a typical pancake, but that doesn't mean it's boring. With a little clever marketing, it could become a tourist draw. Just imagine the historic marker that could be added to the levee: "On this site in 2011, the U.S. Army Corps of Engineers used too much explosives and had to go buy some more."

Of course it will take months for the water to recede and the roads to be repaired and reopened. In the meantime, here is a gallery of the interesting things that are currently underwater.

This is one of four champion trees at Big Oak Tree State Park. The park protects a virgin stand of bottomland timber, the best preserved example in Southeast Missouri. 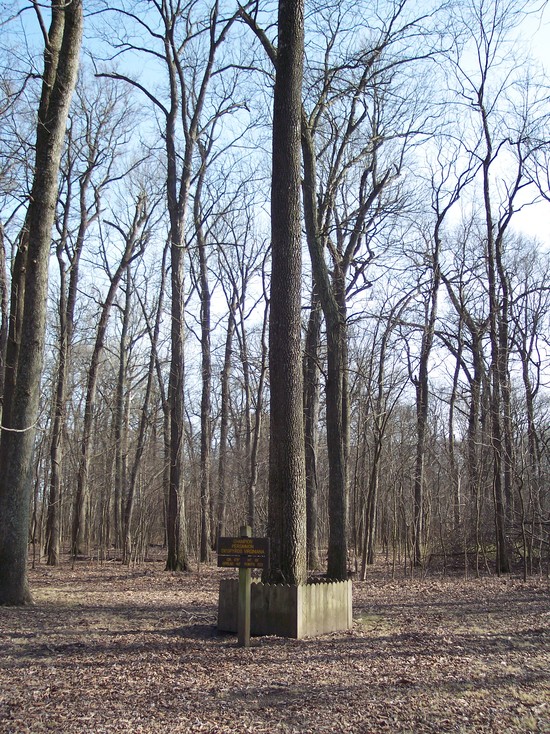 Towosahgy State Historic Site features several mounds, the remains of a Native American village from the Mississippian period. The name of the village and its people is lost to history, but has been dubbed "Towosahgy" after an Osage word for "Old Town." 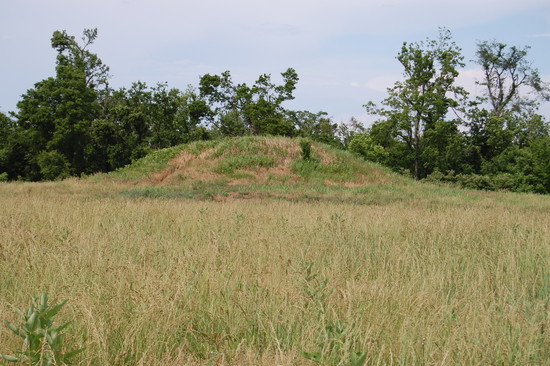 Ten Mile Pond Conservation Area is a large tract of public land that is popular with fishermen. 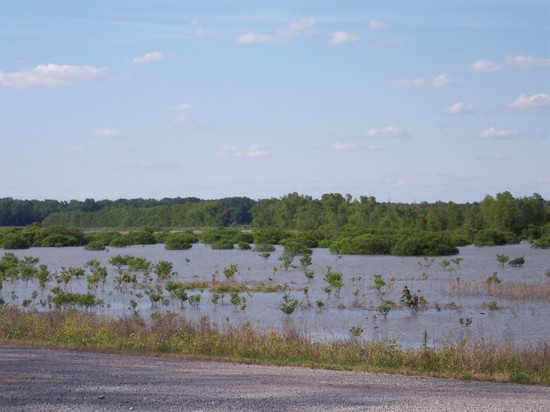 The Dorena-Hickman Ferry provides the only direct highway connection between Missouri and Kentucky. Ferry crossings were once common across the Mississippi River, but bridges have eliminated the need for ferries in most places. The Dorena ferry, along with the ferry at Ste. Genevieve, are the only two remaining ferry boats between St. Louis and Memphis. 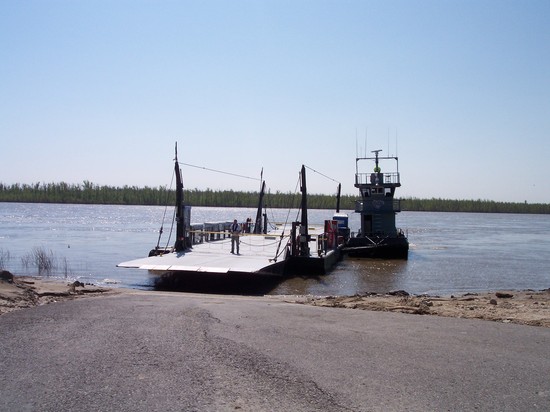 Portions of the levees surrounding the floodway are traversed by public roads. This is the mainline levee that fronts the Mississippi River. 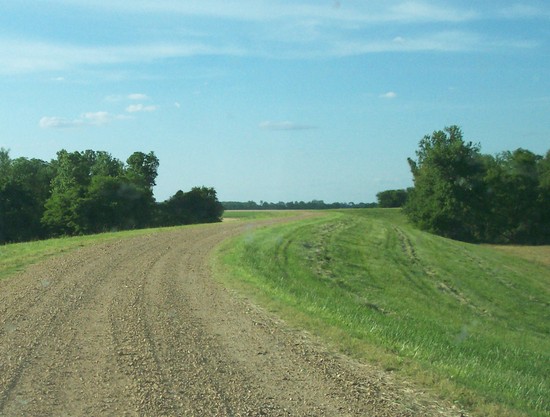 Located at the end of Highway 80, the long-lost town of Belmont was the terminus of a branch of the Iron Mountain Railroad. A ferry connected Belmont to Columbus, Kentucky. 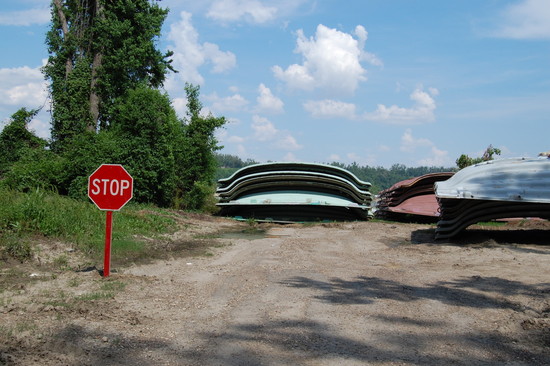 Belmont was the site of a Civil War battle featuring a daring escape by Ulysses S. Grant. 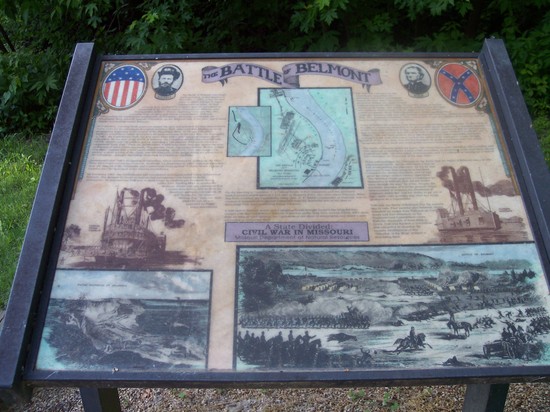 Sitting on higher ground, Columbus offers a panoramic view of Missouri and the flooway. 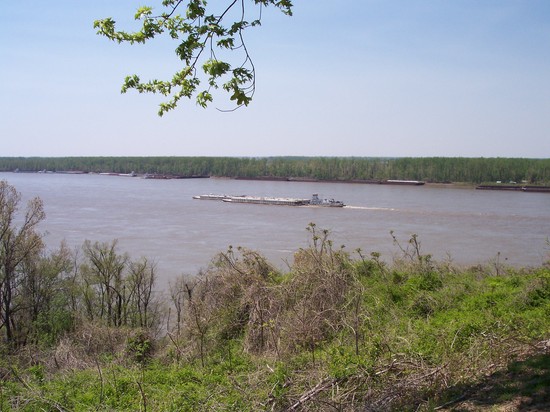 Wickliffe, Kentucky, also includes a scenic view of Missouri and the floodway. A large cross, completed in 2000, rises above the river. 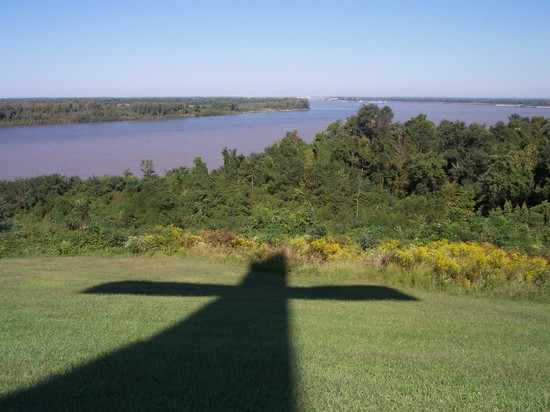 It's possible to drive on concrete that is 90 years old. Completed in 1921, portions of the old highway between Charleston and Bird's Point still remain. Only one-and-a-half lanes wide, the road is probably the oldest concrete highway in Missouri that is still open to traffic. 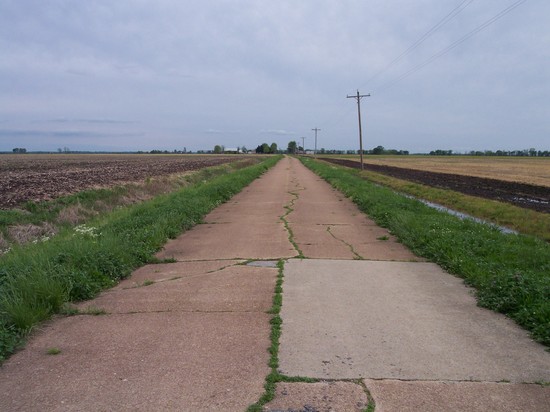 The concrete highway predates the Bird's Point levee project. At this point, the setback levee was built right on top of the old road. 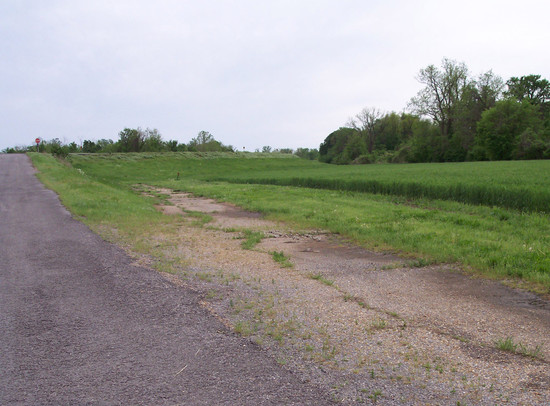 This historic bridge on County Road 319 is one of several steel truss bridges in Mississippi County that have been "recycled." Originally built along state highways in the early 1920s, these bridges were replaced by new wider spans, but were still perfectly useable. So they were relocated to new locations along lightly-traveled county roads. 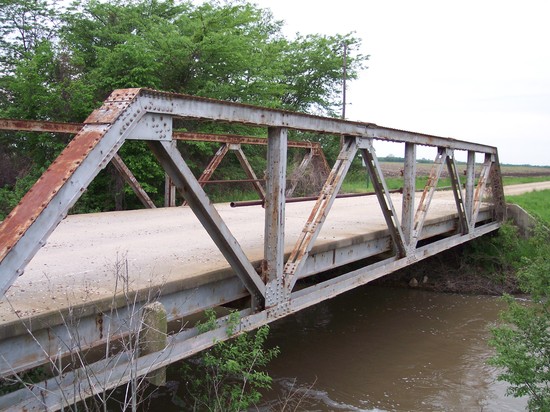 Weeds and vines had completely engulfed this iron bridge spanning a ditch along Highway 80. 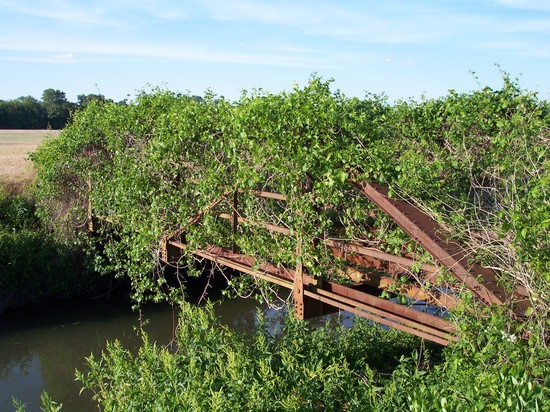 I found this amusing graffiti underneath a bridge on Highway 80. It says, "Watched a Cotton Mouth eat a Frog 5-11-04." 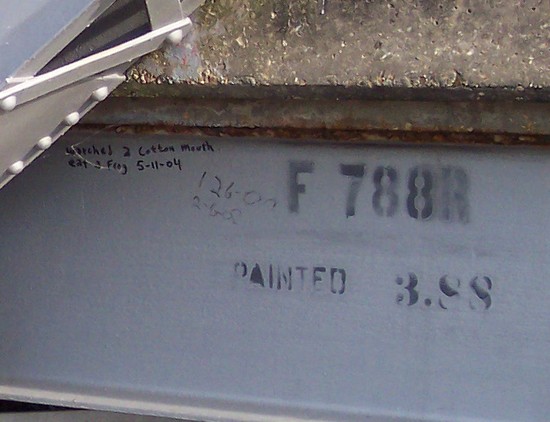