Castor River Shut-ins near Fredericktown is often called "Pink Rocks" because of its pink granite. This isn't the only Missouri shut-ins with pink rocks, however.

Another example can be found at a very unlikely place: within the city limits of Fredericktown. 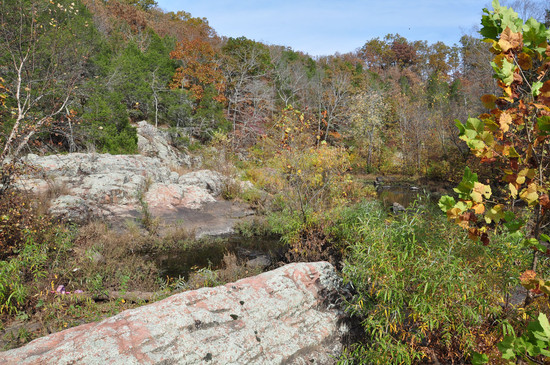 This shut-ins is located along a secluded curve of the Little St. Francois River, north of town. 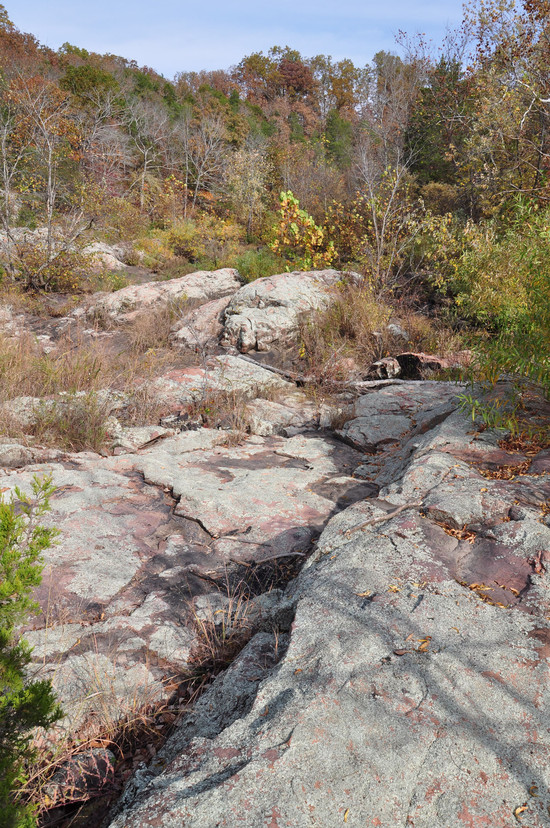 It looks like a peaceful natural setting, but the shut-ins is located just downstream from something most unnatural: a concrete dam. 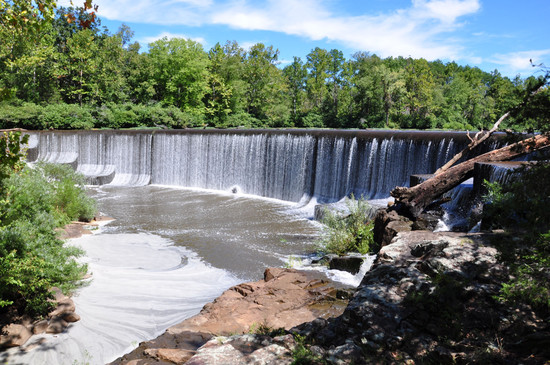 The dam features a single-arch design that is similiar to the most famous dam in the United States, Hoover Dam. Resting on solid bedrock, the Fredericktown dam takes advantage of the shut-ins canyon to create a sturdy dam without requiring massive amounts of concrete. 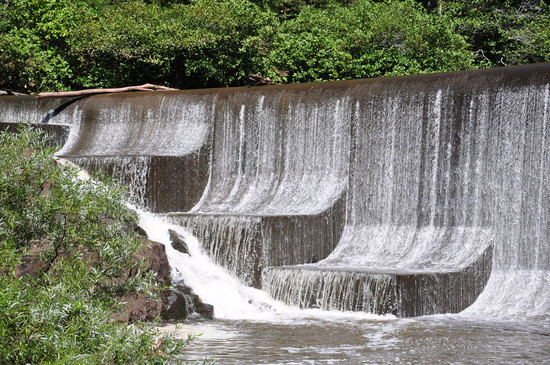 According to the builder's information etched into the concrete, this "Single Arch Impounding Dam" was built in 1954. Naturally, the city politicians of the day are given top billing over the engineers and contractors who actually designed and built the thing. 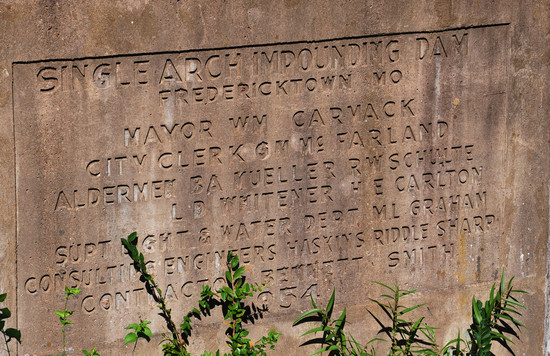 The amount of water that flows across the dam is highly variable. The photos above were taken following a heavy rain, but usually the scene is not nearly as dramatic, especially during the ongoing drought. 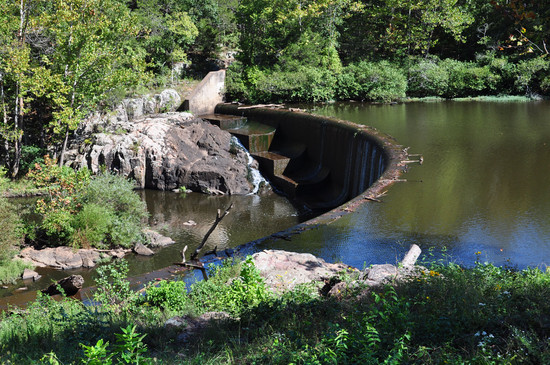 Behind the dam lies Fredericktown City Lake and the municipal waterworks. The lake -- or maybe it's really a reservoir -- is a popular spot for boating and fishing. 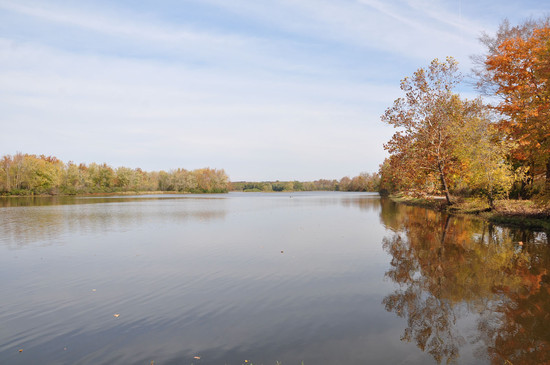 Meanwhile, historians and railroad buffs will enjoy the odd sight of an abandoned railroad bridge crossing the middle of the lake. The bridge is a remnant of the Iron Mountain Railroad. 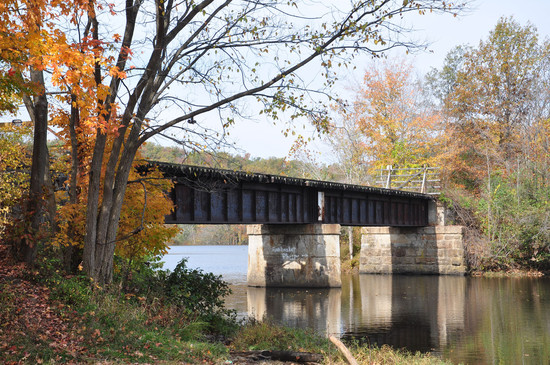 A city park surrounds most of the lake and shut-ins. Thanks to the new Fredericktown Bypass, the park is now just a short hop from Highway 72 and makes for a wonderful side trip when passing through town.

From Cape Girardeau, take Highway 72 west through Patton Junction to Fredericktown. At the first stop sign, continue straight. Then turn left, following the signs for Highway 72, to reach the new bypass. After crossing Village Creek, turn right on the first paved road. Continue straight through the city park gate, go past the waterworks, and then park at the end of the road by the picnic shelter.

The dam is located behind the shelter. The shut-ins can be found below the dam, off to the left.

To reach the railroad bridge, drive back to the park entrance gate and turn left. This county road leads to a boat ramp on the other side of the bridge.