The oldest state park in Illinois

Can you guess which state park in Illinois was the first established?

Fort Massac was dedicated as a state park on Nov. 5, 1908. By comparison, the first state park in Missouri, Big Spring, wasn't established until 1924, so Illinois was ahead of the curve. 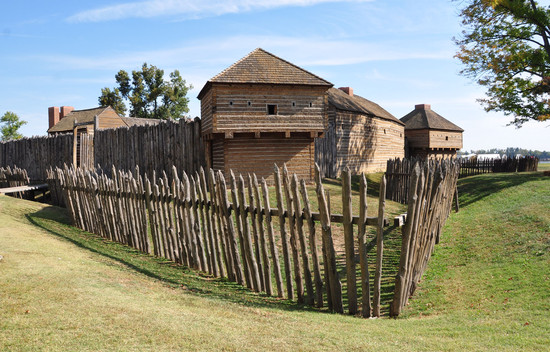 The site's history is complicated: this part of Illinois has been under the control of Spain, France, Britain and the United States. Meanwhile, the fort has been built, destroyed and rebuilt numerous times.

In 1757, the French built the first fort here, taking advantage of the strategic location along the Ohio River. This was during the French and Indian War, a conflict that has confused schoolchildren for generations with its misleading name. A better name would be the "European Powers Fight Over North America With Indians Taking Both Sides War."

To make a long story short, France loses the war and Britain gains control over the Illinois territory. But not for long. During the American Revolution, Col. George Rogers Clark is able to capture Illinois without firing a shot. The American military continues to use the site off and on through the Civil War. 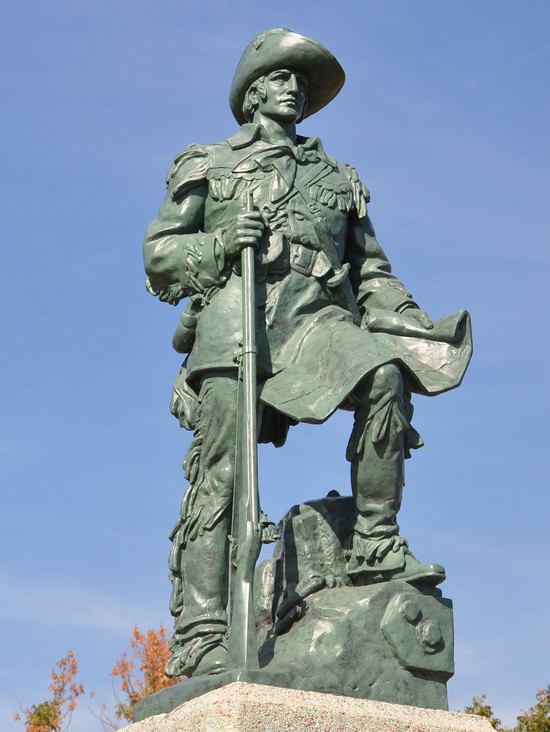 Fort Massac has played roles, albeit minor, in the French and Indian War, American Revolution, War of 1812, and even the Lewis & Clark Expedition. All of this history forms the backdrop for the annual Fort Massac Encampment, an event that draws over 100,000 visitors each year. This year's edition was no exception, as the town of Metropolis was overwhelmed by tourists last weekend. 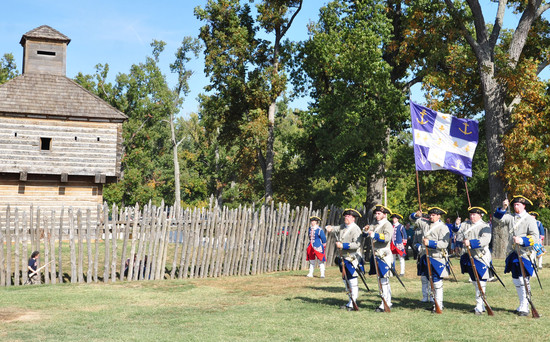 The highlight is the afternoon "Mock Battle and Military Tactical Demonstration." Fort Massac only saw minor action during the French and Indian War consisting of an unsuccessful attack by Cherokee. That wouldn't be much fun to reenact, so the participants take part in the ficticious "Battle of Drouillard Creek."

With their war paint and stealth movements, the Indians are easily the more fearsome. 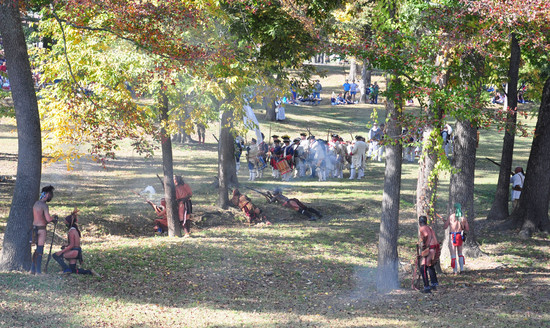 Meanwhile, the 42nd Royal Highlanders look very out of place in Illinois with their red uniforms. However, they actually did play a part in the fort's history. 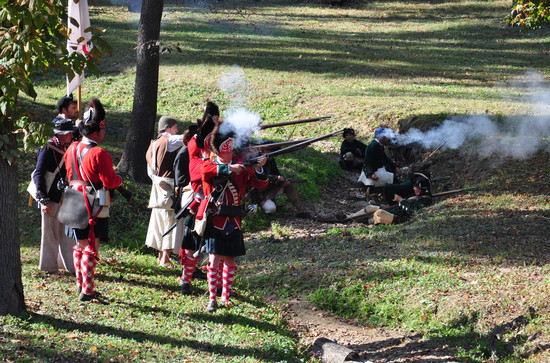 The Indians try to make bold attacks, even going as far as hand-to-hand combat, but it proves futile. 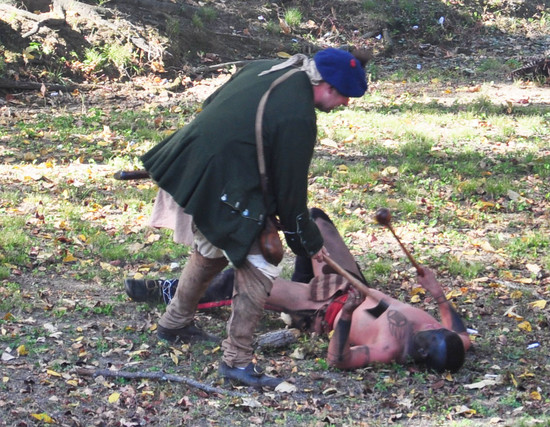 The French and their Indian allies lose the battle. Not surprisingly, the audience started giggling and cracking jokes when a French soldier hoisted the white flag in surrender. 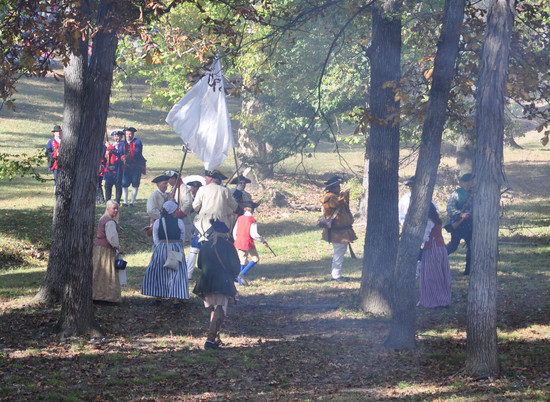 While the encampment is over for another year, Fort Massac is still an interesting place to visit -- and without the crowds. The state park features the site of the original French fort, a reconstruction of the American version of the fort from 1802, and a George Rogers Clark statue overlooking the river.

Located just outside Metropolis, Illinois, Fort Massac State Park is part of the region that I like to call "You Can't Get There From Here."

Here are two possible routes. According to Google, the first route is longer in mileage, but shorter in drive time:

1. From Cape Girardeau, take Highway 146 east across the river through McClure, Ware, Jonesboro, Anna, and Vienna. Continue to I-24 and turn right to take the interstate south. Take the Metropolis exit (#37) and turn right. Follow US 45 into Metropolis and look for the state park entrance on the left. [Google map]