Recap of the reenactment

"I see dead people!" somebody in the crowd shouted. Sure enough, the Confederate soldiers at the opposite end of the battlefield were starting to drop like flies. 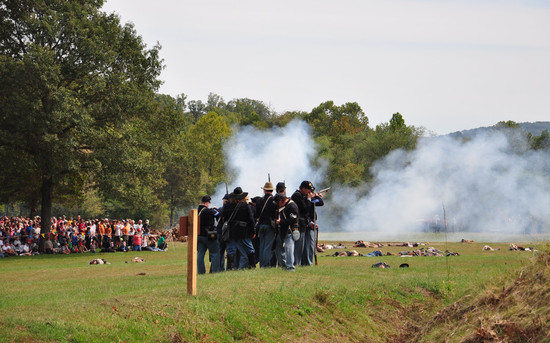 At the end of the simulated battle, a horn blared and the fallen reenactors stood up. Of course, this led a spectator to shout, "Oh my God, zombies!"

Despite the silly movie references, last weekend's reenactment of the Battle of Fort Davidson at Pilot Knob, Missouri, provided a glimpse of the deadly serious nature of the Civil War.

With the 150th anniversary of the Civil War approaching, it's easy to get caught up in the heroic images of gallant generals riding around on horseback with bugles blaring and flags waving in the background. 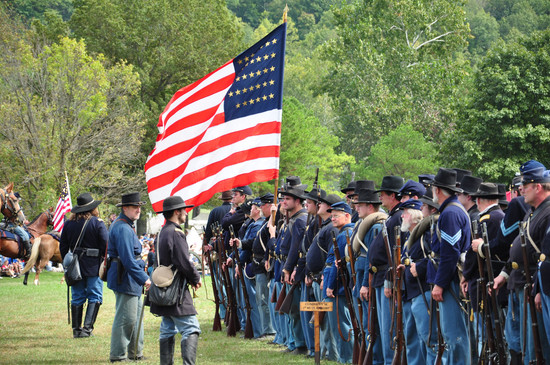 The reality of war is not so pretty. Sure, the reenactment offered plenty of pageantry, but the mood quickly changed when the two sides started pointing guns at each other from only yards away and the bodies started piling up. 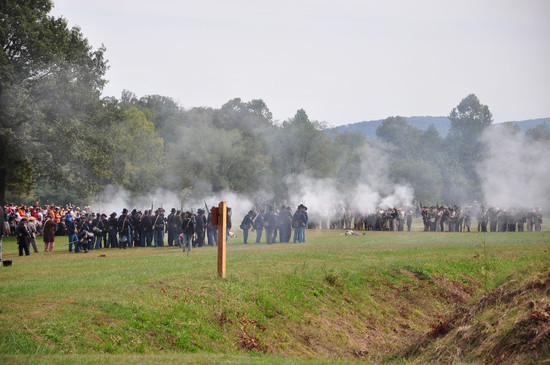 Meanwhile, smoke from the cannon blasts filled the air, obscuring the battlefield. The scene provided a powerful lesson in the meaning of the phrase "fog of war." 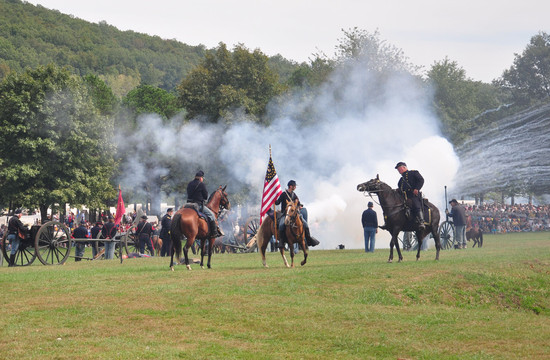 Reenactments are carefully choreographed, but the actual battle participants didn't have the luxury of a script to follow. It was utter chaos. 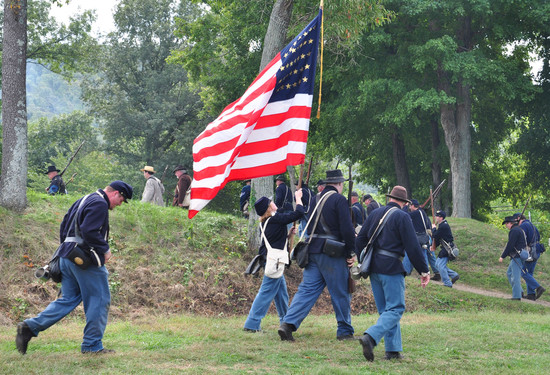 Union reenactors retreat into the fort

The Confederates lost over a thousand men (killed, wounded, or missing), even though they outnumbered Union soldiers by a wide margin. It was a huge setback for Gen. Sterling Price and his 1864 raid into Missouri. He didn't have enough soldiers to pursue his objective of capturing St. Louis.

The battle wasn't so great for the North, either. The Union was forced to retreat from Fort Davidson, blowing it up in the process so it wouldn't fall into enemy hands. In the final analysis, the Union came out ahead as Price's raid fizzled, but it was still frustrating to lose the fort. 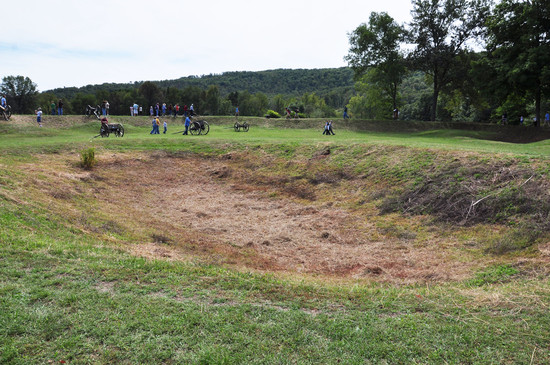 This is the crater where the fort's powder magazine was deliberately blown up by the retreating Union army.

More photos from the reenactment: 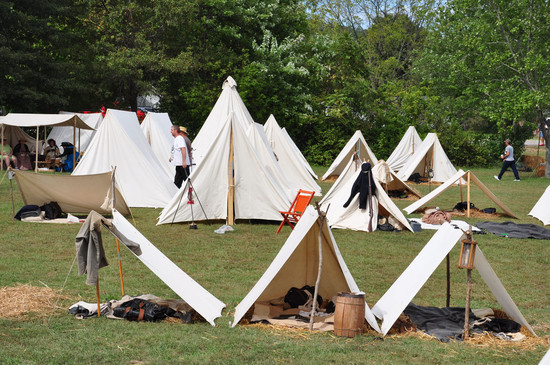 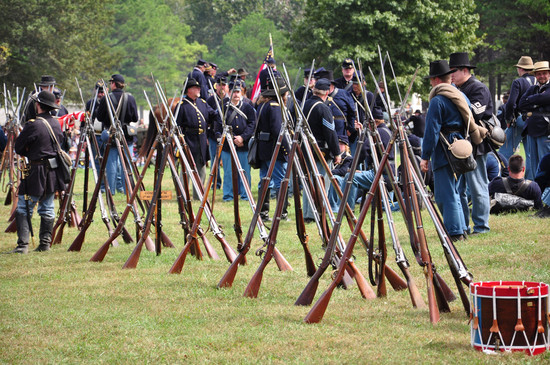 A whole lot of guns 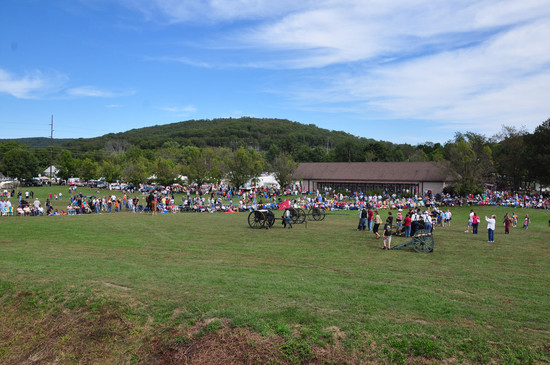 Spectators wander around before the reenactment. 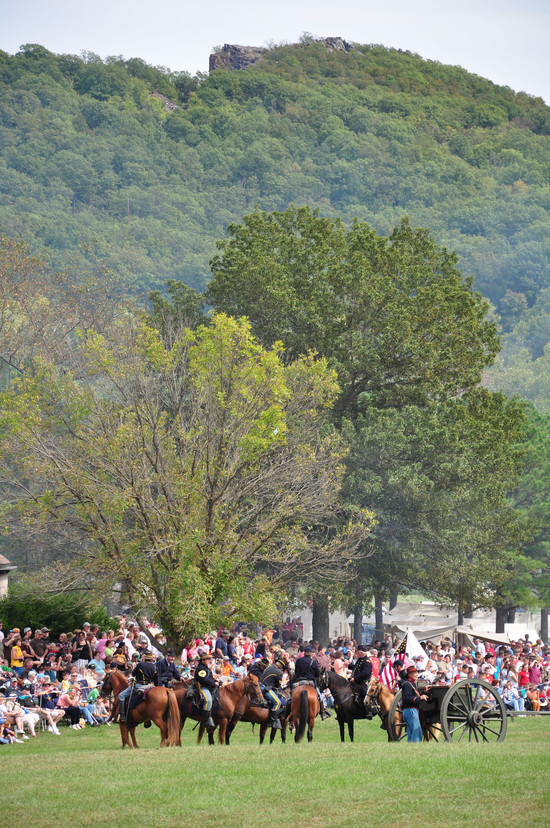 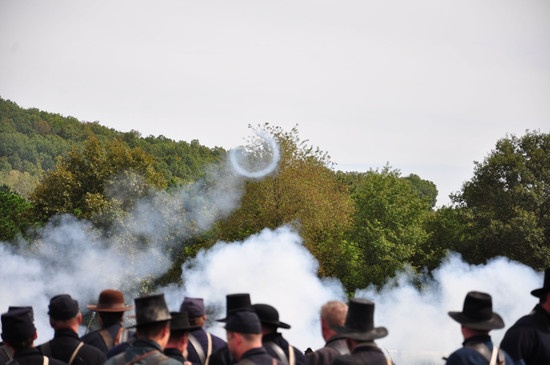 A perfect smoke ring floats above the chaos.
Trip Planner