All about Academic Hall 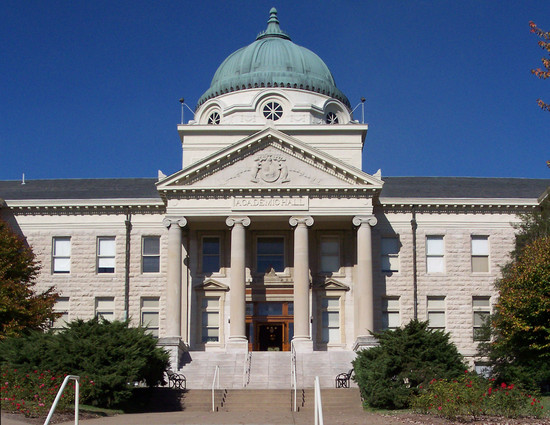 It's not been a good year for Academic Hall. First, repairs needed to be made to the dome following damage from the ice storms. That wouldn't have been a big deal, except vandals used the temporary scaffolding to paint graffiti on the dome.

Then it was discovered that the balcony in the auditorium has serious structural problems, forcing the closure of the auditorium.

Not surprisingly, the news led to the oh-so-predictable jokes that Academic Hall should be replaced by a fountain. Or a parking lot.

For a building that is 105 years old, structural problems are almost inevitable. It could be much worse. We should be thankful that Academic Hall hasn't burned -- again.

The first Academic Hall burned to the ground in April 1902. As the college's only building at the time, this was a real setback. Louis Houck, president of the board of regents, arranged for classes to continue the very next day using a variety of buildings across town. 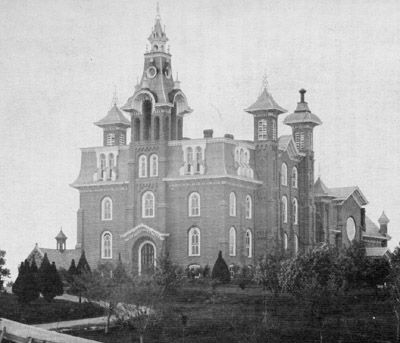 The original Academic Hall, as seen in a newspaper clipping

Thanks to some intense lobbying by Houck, the following year the college was able to bag a whopping $200,000 appropriation from the state legislature to build a new Academic Hall. This was quite a feat considering that the building, when it was completed, was the largest public building in Missouri -- even larger than the state capitol!

It's hard to believe that the state was so willing to hand over such a large sum of money for such an elaborate edifice in little old Cape Girardeau, but Houck was the kind of person who could make these things happen.

Designed by St. Louis architect Jerome B. Legg and his partner Charles Holloway, the building was a monumental achievement. It was so monumental that the local contractor, Edward F. Regenhardt, was barely able to meet the demands of the architects, pushing back construction for a year. The building was mostly finished by the end of 1905 and officially opened in 1906.

Academic Hall was said to be the "largest and finest state educational building west of the Mississippi River." Even years later in 1940, the Southeast Missourian continued to boast about Academic Hall, proclaiming it an "architectural masterpiece located on a campus that gives it the honor of being the most beautiful and impressive state teachers college buildings in the United States."

The copper dome, in particular, makes the building so special. Louis Houck toyed with the idea of putting a water tank inside the dome to act as a fire-suppression system. He was obviously concerned about another fire -- especially inside the vulnerable wooden framework of the dome -- but the idea was quickly rejected as unworkable.

In 2005, the university gave the first-ever public tours of the dome as part of a 100th anniversary celebration of the building. The names painted or carved in the dome room, however, made it clear that many "private" tours had already taken place over the century. 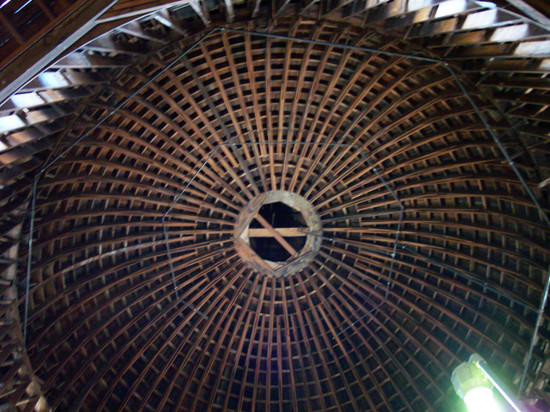 Along with Common Pleas Courthouse, Academic Hall is significant as a major building in Cape Girardeau still serving its intended function after more than a century of service. Let's hope the auditorium can be repaired, and any other problems fixed, allowing the building to continue as the university's centerpiece for another century.

For more information on Academic Hall and Louis Houck's role in its construction, see the book "A Missouri Railroad Pioneer: The Life of Louis Houck" by Joel P. Rhodes.