Missouri versus Kentucky: The 1870 smackdown

In my last blog, I explored the places along the Missouri-Illinois border where the river has shifted course, causing portions of one state to be on the "wrong" side of the river.

These geographic oddities can be found all along the Mississippi River. The river between Cairo and New Madrid has been particularly troublesome for mapmakers, lawyers, and even U.S. Supreme Court justices.

Wolf Island, located just downstream from Columbus, Kentucky, is the oddest of these oddities. It's on the Missouri side of the river, was surveyed as part of Missouri in 1821, and is the namesake for a town and post office in Missouri.

But the 15,000-acre former island is actually in Kentucky, all thanks to a Supreme Court case with the poetic title of Missouri v. Kentucky.

Missouri had a strong claim to the island, but the court ruled that Kentucky had a stronger claim. It was a smackdown of the Show-Me State.

Since the case was decided in 1870, the river has shifted even more. A second island, called Middle Bar, has formed between Wolf Island and the Kentucky mainland. Going from west to east, we have this tangled mess of placenames: 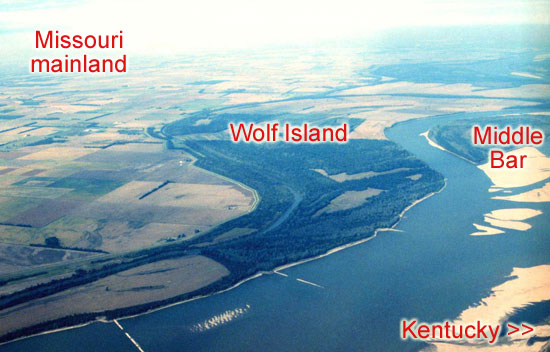 Even more confusing, Wolf Island still bears Missouri survey lines. The section lines (spaced one mile apart) are shown on this topographic map in red. Notice how the red lines match the townships, ranges, and sections in Missouri, while Kentucky proper doesn't have any survey lines. 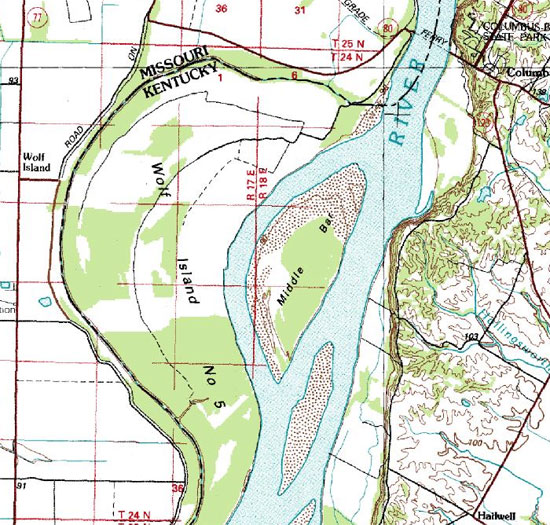 Without a levee to protect against flooding, Wolf Island is uninhabited, although it does have plowed fields, gravel roads, and farm outbuildings. A road crosses the Missouri-Kentucky border without any hint of a border crossing. 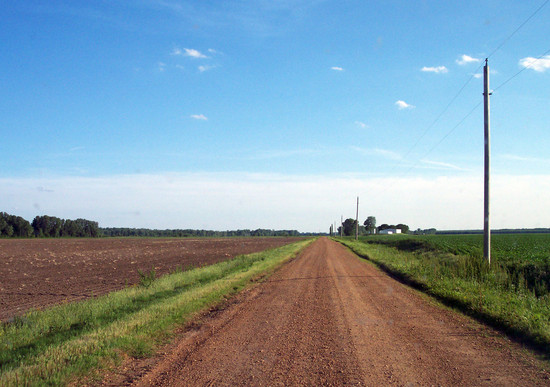 The Hickman County road map (PDF) shows that the island has three county-maintained roads (Island Road, Wolf Road, and River Road). I can't imagine that the county highway department is too keen on trying to maintain roads that are so hard to reach from the rest of Kentucky.