Visit the "other" Iron Mountain 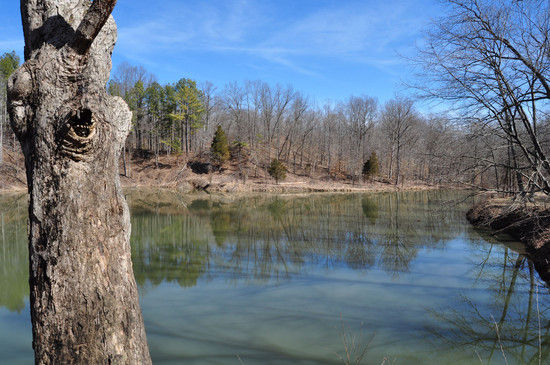 The Kaolin Pit at the foot of Iron Mountain in Union County, Illinois

Iron Mountain is a famous historical landmark in Missouri. Not as well known, but still historical, is another Iron Mountain. This one is located south of Alto Pass in Southern Illinois.

Despite its name, the most lucrative mineral at Iron Mountain wasn't iron, but kaolin, a white clay used for making china and porcelain. The clay deposits at the foot of Iron Mountain were first quarried in 1866 to supply materials for a pottery in Anna. Before long, a new village, appropriately named Kaolin, popped up around the kaolin mines. The bustling village even had its own rail spur connecting to the St. Louis & Cairo Narrow Gauge Railroad. 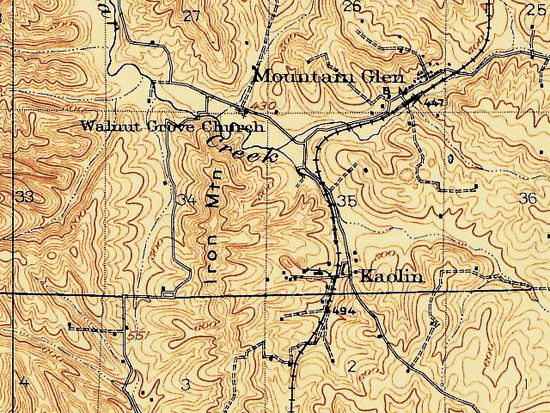 This 1924 topographic map shows the buildings and houses that once stood around the village of Kaolin.

The clay mines and village declined during the end of the 1800s, but picked up again during World War I. The operation continued, with ups and downs, into the 1950s as new industrial uses for kaolin were developed.

After the mining rights finally expired in 1990, the Shawnee National Forest took over management. The main quarry pit, excavated to a depth of over 100 feet, was allowed to fill with water, creating a scenic lake and picnic area. 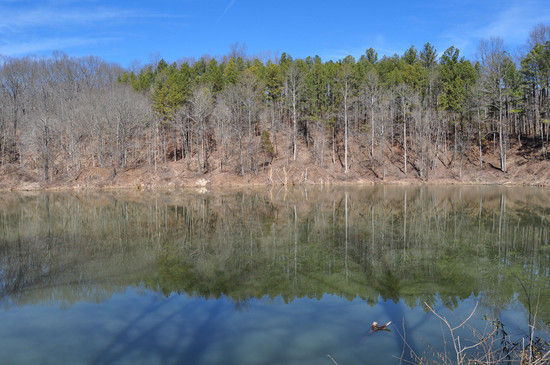 Beavers have constructed a dam at the lower end of the kaolin pond, pushing the water level even higher. 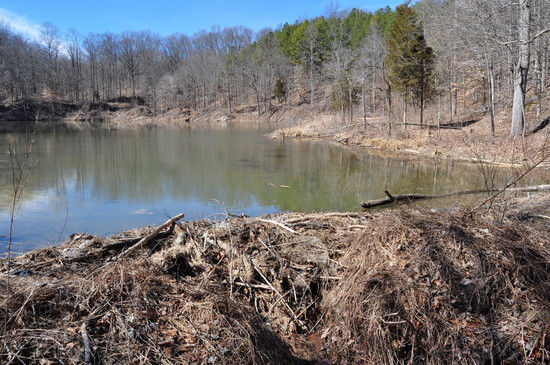 The beavers have gnawed on many trees, although they don't always finish what they start. 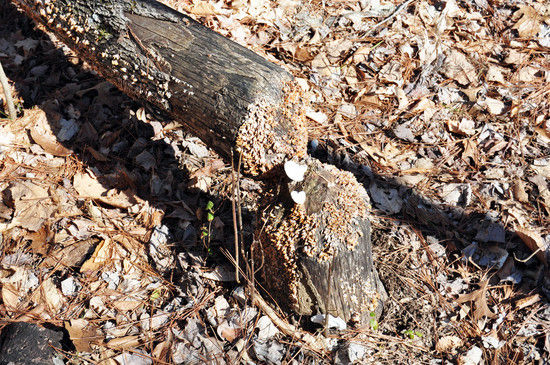 A trail crosses below the beaver dam and leads to the north past a suspicious looking mound. It's a little too steep and circular to be natural. This may have been a discard pile from the mining operations. 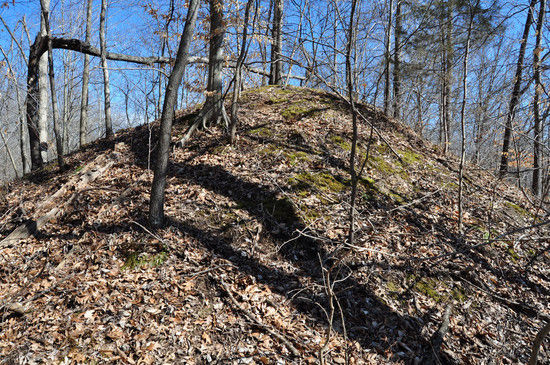 On the other side of the mound, a much smaller pit is also filled with water. 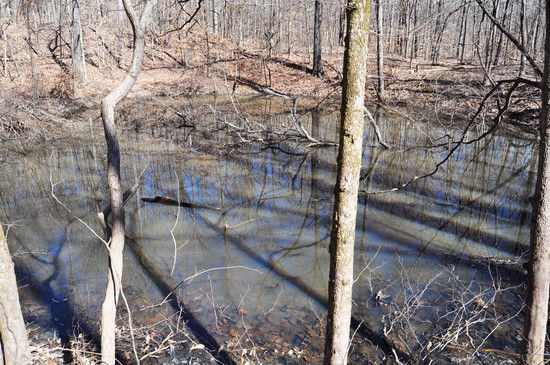 From the parking area, the main trail leads west around the big pond and then makes an unexpected left turn as it begins the climb to the top of Iron Mountain. The name is a bit of a misnomer as the summit is really a long, flat ridge rather than a peak.

At the top, the trail reaches a T-junction. The northern (right) trail connects with Highway 127 while the southern trail eventually ends at private property. Based on the number of hoof prints that I spotted, this appears to be a popular horseback riding area. 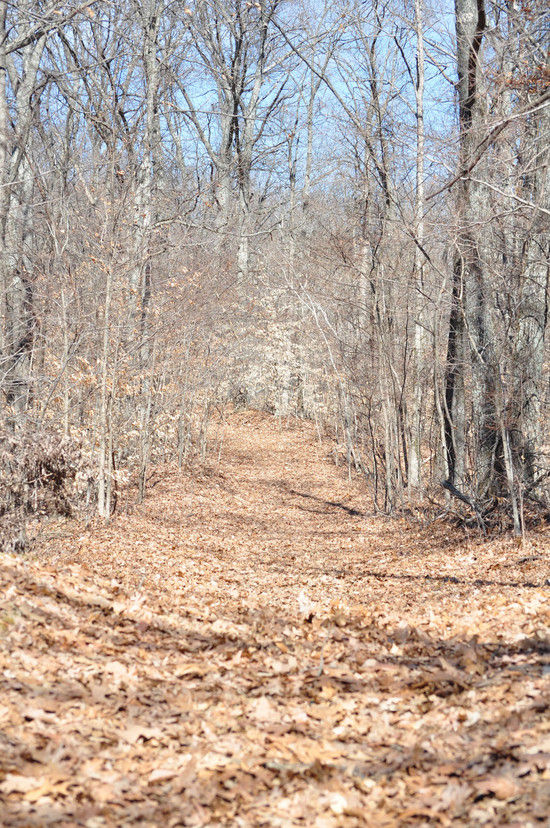 On the south trail, it's possible to catch glimpses of Bald Knob Cross, located on the next ridge to the west. The white siding from the cross has been removed for repairs, revealing the steel framework underneath. 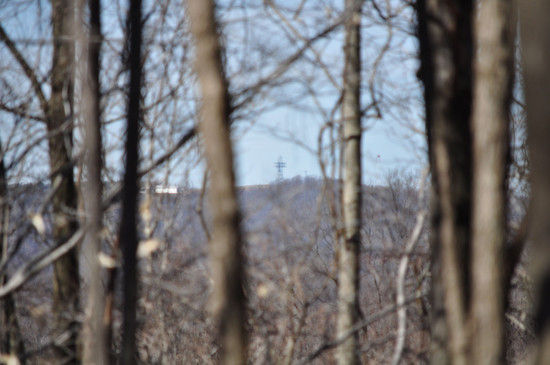 If you're looking for a secluded picnic area that offers plenty to explore, then consider visiting the Kaolin Pit and Iron Mountain. (For a real adventure, you can hike to the site of the long-lost Kaolin Railroad Tunnel. The directions are rather complicated, so I'll save that for another time.)

Believe it or not, Southern Illinois seems to be getting better about posting road signs. All of the turnoffs were marked when I visited. The hiking trails on top of Iron Mountain, however, are only sporadically marked, so be sure to print a copy of the trail map. Also, watch out for bears.