I've gone my entire life without seeing a live armadillo in the wild. That is, until yesterday, when I saw three of the varmints at Seventy-Six Conservation Area in Perry County. 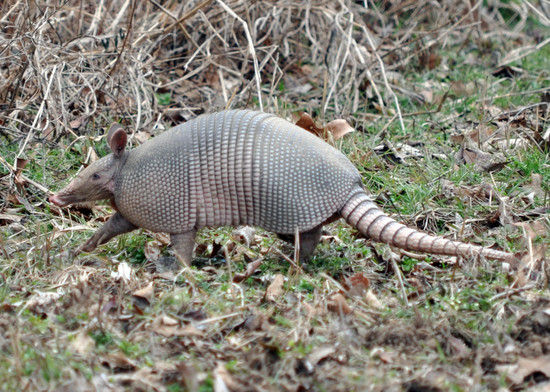 It's not unusual to see dead armadillos on the side of the road. In recent years, armadillo roadkill has become a common sight in Missouri south of the Missouri River, with even a few sightings reported north of the river.

Armadillos are thriving in Missouri even though they are not well suited to our rough winter climate. They have poorly insulated bodies and a lack of body fat, making them vulnerable during cold, snowy winters.

These critters are not usually seen in broad daylight, preferring to forage for food after dark. However, we're right in the middle of a cold, snowy winter. Desperate times call for desperate measures, and these hungry armadillos were willing go out in the open to find food during a rare warm day. 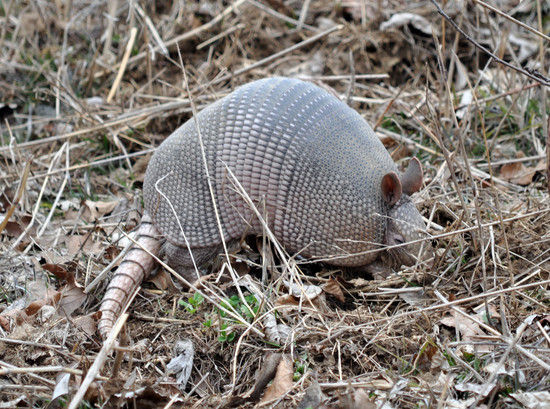 I saw the first armadillo at the edge of a plowed field. It was digging up a storm, turning the field into an obstacle course of deep holes. 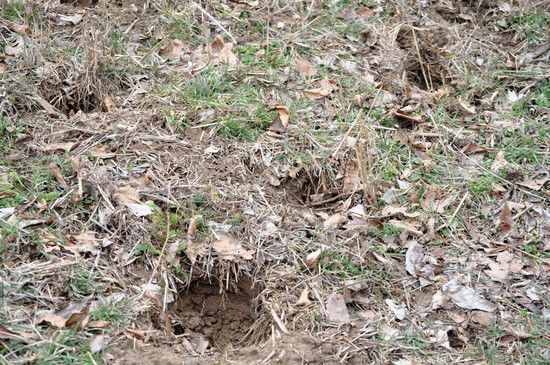 The armadillo was completely oblivious to my presence for several minutes. As I tip-toed toward it, the animal finally sensed danger and stood up on its hind legs. 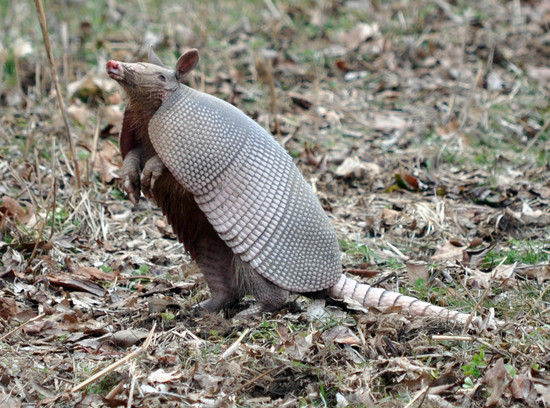 After sniffing the air, it scurried into the woods. 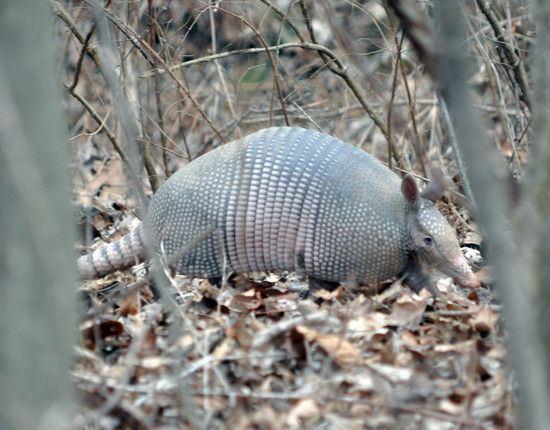 I stood still for a couple minutes and the armadillo, forgetting why it ran away, scampered back into the field, completely oblivious again. It continued to frantically dig holes for several minutes as I watched.

After taking way too many photos, I left the armadillo behind and continued walking to the other side of the field. There I found a large sinkhole with a surprise at the bottom: another armadillo, apparently using the sinkhole opening as a burrow. It peeked out of the hole and did its best impersonation of Punxsutawney Phil. It climbed on its hind legs, sniffed the air, noticed my presence, and reluctantly went back to its hiding place. 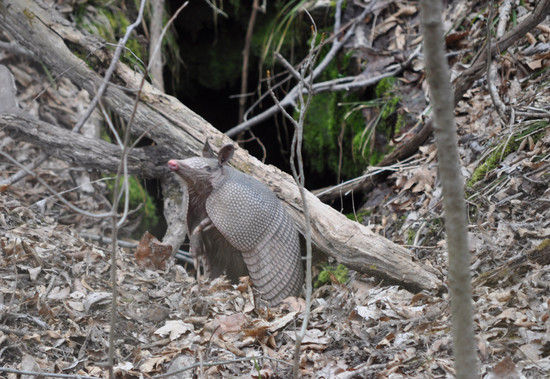 I don't know how deep the sinkhole goes, but it looked large enough that it might connect with a small cave system. If so, then this particular armadillo has found paradise: a home with a year-round temperature in the 50s.

At this point storm clouds were gathering, so I started to head back. As I approached my truck, I spotted yet another armadillo. This specimen must have been particularly hungry and desperate, as it was foraging within a few hundred feet of a county road. 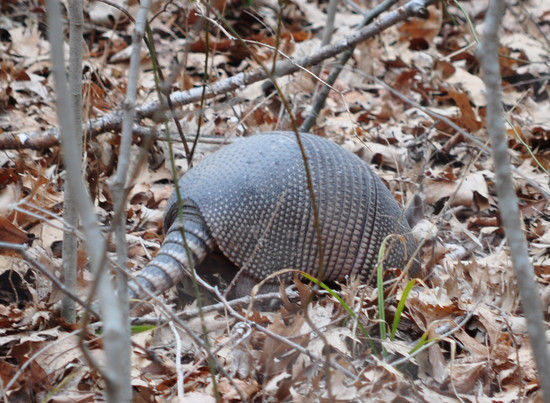 I went to Seventy-Six Conservation Area looking for river views and remnants of the historic town of Seventy-Six (more on that in a future blog). Instead, I stumbled across Armadillo Acres. That's the best part of exploring conservation areas: you never know what surprises are in store.

Seventy-Six Conservation Area is at the end of Route D, northeast of Brazeau in Perry County.