At 26.2 miles, the length of a marathon is a wee bit longer than most of us non-athletes can handle. But what about 6% of a marathon?

If my back-of-the-envelope calculations are accurate (and they probably aren't), then a round-trip jog along the entire Cape Girardeau riverwalk is equivalent to 6.3% of a standard marathon. With the recent completion of the trail's extension north to Sloan Creek, the riverfront provides the perfect place to exercise during New Years Resolution Season. 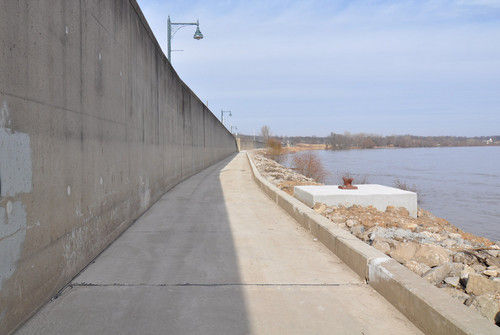 The new trail heads north from downtown, hugging the floodwall before veering away at the northern end of the wall. 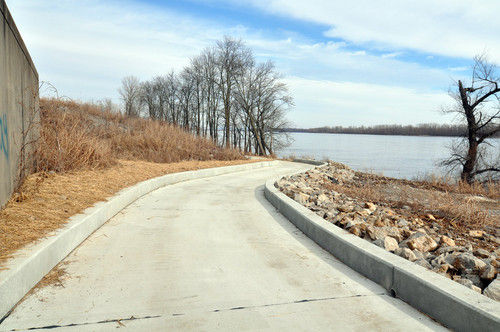 While burning calories, enjoy spectacular views of the river, including a glimpse of the Shawnee Hills in the distance. 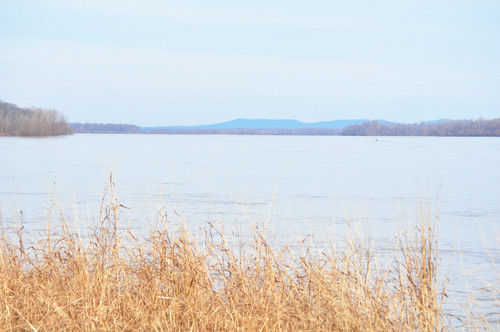 Presently, the trail comes to a dead-end at Sloan Creek opposite the Honkers/Red Star boat ramp. 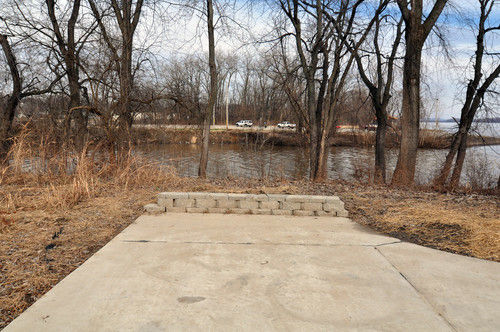 Footprints leading off to the left suggest that trail users are crossing the railroad bridge to reach Red Star. This is a bad idea. In the 1910s, the original railroad trestle across Sloan Creek was nicknamed "Bloody Bridge" after several people were killed while attempting to use the tracks as a shortcut to the old shoe factory. 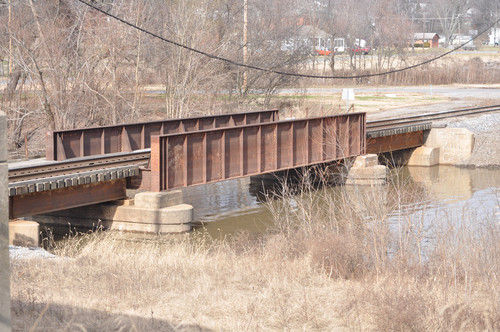 The gap in the trail shouldn't last long. Federal funding to the tune of $1.6 million has been earmarked to build a new footbridge across Sloan Creek. If the end result is to keep idiots trail users away from the railroad bridge, then this is definitely a worthwhile project.

However, the cost seems downright extravagant. Other towns have been able to construct footbridges by re-using surplus historic bridges from elsewhere, a win-win-win situation that boosts historic preservation, provides a minor tourist attraction, and saves money.

But I digress. On the return trip to downtown, new park benches provide an opportunity to take a breather while watching the river. 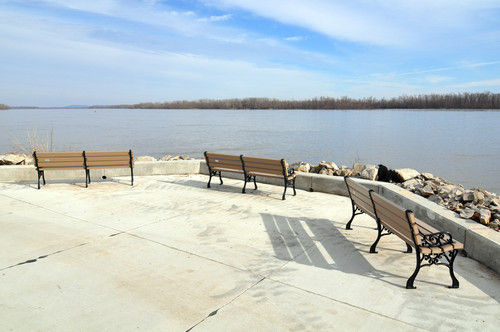 The view of the Emerson Bridge looming over downtown is not to be missed. 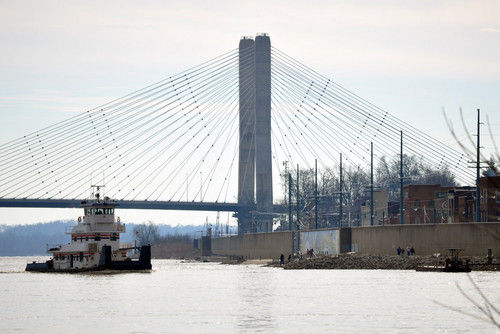 * The Themis Street Obstacle Course: Dodge cars, trains, manhole covers and clocks during a frantic two-block trek from the floodwall to Spanish Street. Watch out for drivers making illegal left turns in front of the Main Street clock.

* The Courthouse Stairmeister: Featuring 55 steps of pure hell, the staircase in front of the Common Pleas Courthouse presents an excellent climax to any workout. 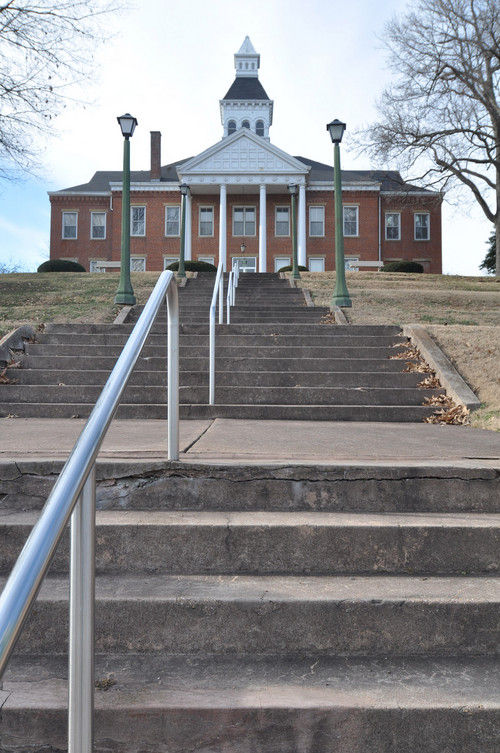