November 11 is best known as Veterans Day, marking the signing of the 1918 armistice that ended World War I. However, the day also marks another historic achievement, one that is less notable but still important.

On this day in 1926, the U.S. highway system was created, including the most famous of American roads, Route 66.

If history had been slightly different, nobody would be getting their "kicks" on Route 66. The original plan for the U.S. highway system designated the highway from Los Angeles to Chicago as "Route 60," a nice round number. Even the official Missouri state map from 1926 showed the road as U.S. 60. 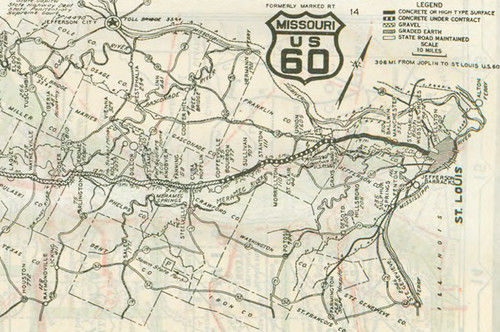 But folks in Kentucky had dreams for their own transcontinental highway, initially numbered as U.S. 62. They lobbied hard for their road to be designated 60, figuring that numbers ending in "0" would be considered more important.

They got their wish. But the newly renumbered Route 66, with a poetic name that rolls off the tongue, went on to become a cultural icon as the "Main Street of America" and the "Mother Road." Highway 60 went on to become just another highway.

Route 66 no longer officially exists, having been bypassed by interstates. The number was removed from the U.S. highway system on June 27, 1985. However, in Missouri, much of the original pavement remains, either as outer roads along I-44 or as other backroads. It has found new life as a tourist attraction under the honorary designation of "Historic Route 66."

Towns across Missouri are taking advantage of their good fortune to be located along the 2,448-mile-long historic site. Cuba, Missouri, for instance, bills itself as the "Route 66 Mural City." It seems every building in town now sports a mural of some kind.

One mural commemorates a very fleeting moment in Cuba history. On Sept. 4, 1928, famed pilot Amelia Earhart was forced to make an emergency landing outside Cuba while travelling from Illinois to Oklahoma. It was a short-lived visit: the plane wasn't damaged and she was able to continue on her trip. 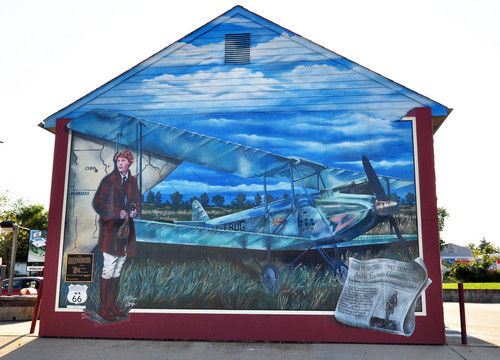 The tiny hamlet of Fanning, located a few miles west of Cuba, has created a Route 66 tourist attraction with a bit of creative welding. 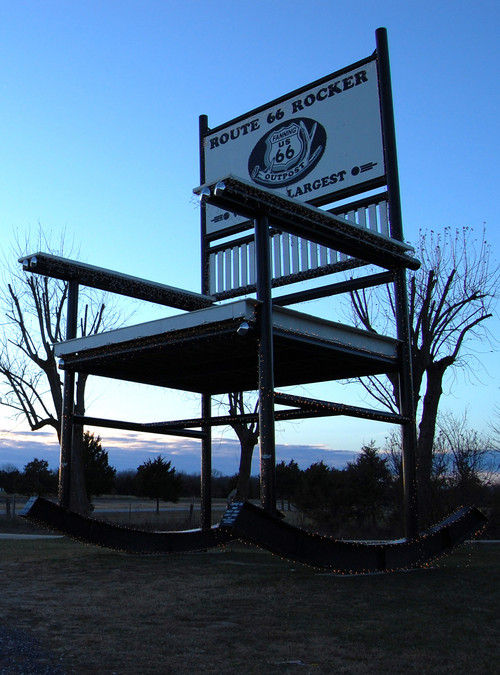 The Fanning Output & General Store is the home of the "World's Largest Rocking Chair" with a height of over 42 feet and a weight of 27,500 pounds. 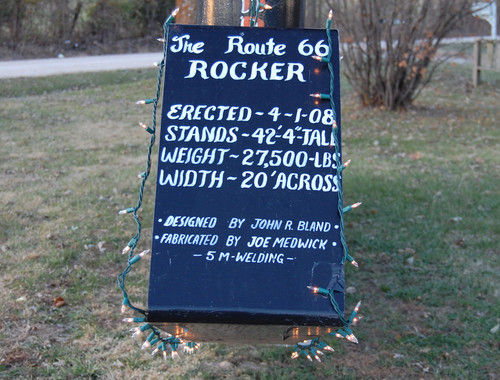 Constructed on April 1, 2008, it currently holds the worldwide title, beating competitors from Colorado, Texas, Iowa, Indiana, and elsewhere. It continues the crazy tradition of roadside attractions spawned by Route 66.

Cuba and Fanning have a good thing going.  When it comes to tourist attractions along Route 66, however, the Waynesville area is hard to top.  I'll save that for Part 2 of this blog.