Tour of the Tour of Missouri bike route

What's the best word to describe the route selected for next week's Tour of Missouri bike race? Diabolical.

Featuring back roads with unexpected sharp curves, narrow bridges, and roller-coaster hills, the meandering Stage 2 route through Southeast Missouri presents many fiendish challenges. We don't have tall mountains like the Tour de France, but we do have miles and miles of crazy engineering.

The riders will be too busy dodging guardrails to enjoy the scenery. For those of us who travel at a more leisurely pace, whether on two wheels or four, the Tour route makes for a wonderful scenic byway. Here's a guide to the route:

Going in a circle at Ste. Genevieve

The race starts in downtown Ste. Genevieve at Merchant Street and Dubourg Place and then makes a circuit along Fourth, Market, Main, and Merchant streets before heading south out of town along Fourth Street and Highway 32. Those rides familiar with the tour de France will be right at home in Ste. Genevieve's European-style narrow streets. 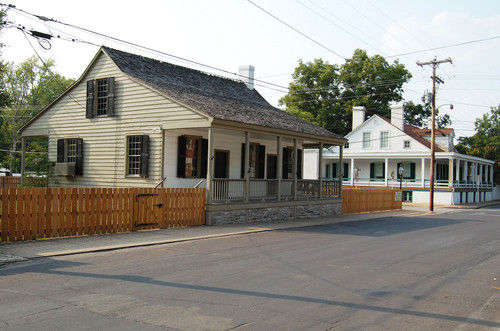 These two historic homes sit at the corner of Main and Merchant streets in Ste. Genevieve along the tour route.

From Ste. Genevieve, the riders follow Highway 32 to Route B, an easy warm-up. Soon they will face two challenges: (1) crossing the narrow bridge over River Aux Vases and (2) trying to pronounce the name of the creek. I've never been clear on the exact pronounciation or spelling (is 'Aux' capitalized?). I just think of this waterway as "Quagmire Creek", a loose translation of the original French name. 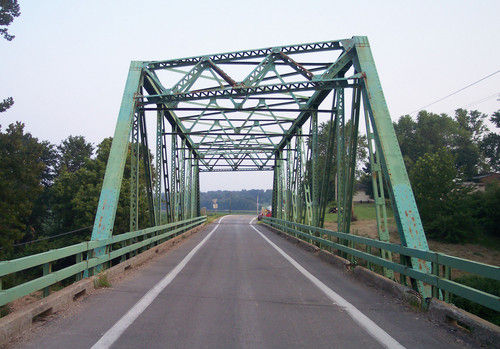 Route B crosses River Aux Vases with this classic 1936 steel truss bridge. Notice that the truss on the left is not lined up with the truss on the right. This skewed design allows the bridge to cross the creek at a sharp angle without requiring a larger span.

Route B soon reaches the town of Coffman. Featuring rapidly expanding wineries, pastoral hillsides, and many French placenames, this part of Ste. Genevieve County could easily stand-in as a part of France.

From Coffman, the riders will take Route WW south through a very rugged part of the Mark Twain National Forest. The 'WW' must stand for Wild & Woolly, as this highway has very few straight and level stretches.

A small stretch of Route WW, from Holmes Road south to the terminus with Route T, follows along, or very near, the Three Notch Road. This ancient road, dating from the early 1700s, connected the lead mines at Mine La Motte with the outside world at Ste. Genevieve. It was the first road built in Missouri, although "road" might be a misnomer. Road conditions were so primitive that three lines were notched into trees to reassure travelers that they were still following the road. Much of the original Three Notch Road can be traced along modern state and county roads, although the route has some gaps. 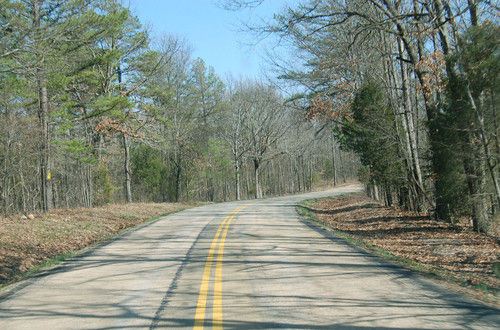 This stretch of Route WW was probably part of the Three Notch Road.

Making a left on Route T, the riders will turn east and meander across Perry County, passing through Perryville and then continuing on Route P to Crosstown. 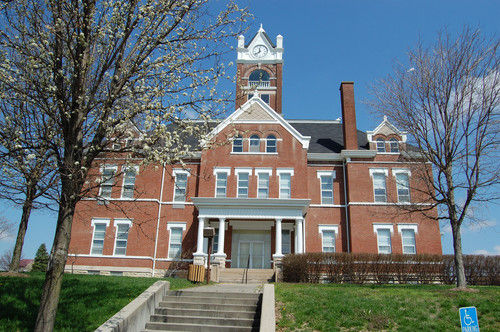 Perryville has one of the more photogenic courthouses in Missouri.

The tour then zigzags to the southeast along Route C to reach Cape Girardeau County, passing Farrar, Brazeau, Frohna, Altenburg, New Wells, and other German-inspired placenames. (New Wells may not sound German, but was actually derived from the town of Wels in Austria.)

Until now, the route has followed state highways, but at Pocahontas, the riders will encounter our crazy county roads, starting with County Road 532 and then CR 543. It's a good thing the route doesn't continue on CR 532, because that road quickly turns into gravel and ventures down the middle of a creek bed. Even Lance Armstrong would have trouble on that road! 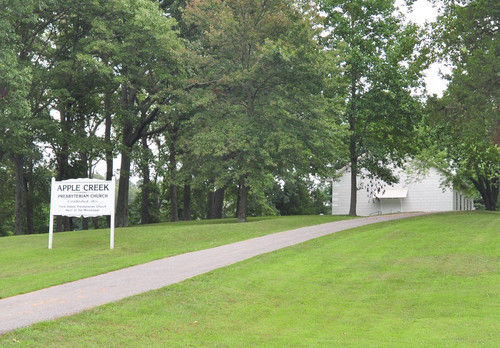 Traveling south on CR 543, the riders will face several 90-degree turns that come out of nowhere. Then there's a brief respite as they turn left on Highway 177 and cruise downhill.

At Leemon, the route makes a right on County Road 607, goes up a surprisingly steep and crooked hill, and then coasts down Pink Root Hollow to Route V. This will probably be the first, and only time, that Pink Root Hollow will be the setting for a world-class sporting event. 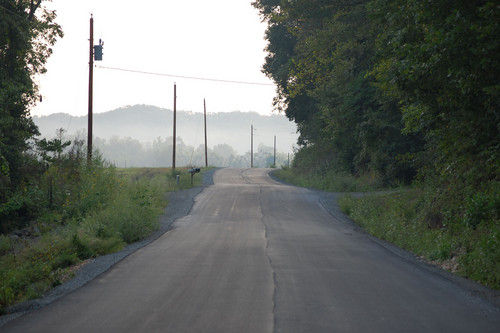 A foggy morning along CR 607

The mess at Oriole

Route V turns into Route Y at Oriole, where the tour will pass a scenic bluff along Little Indian Creek. 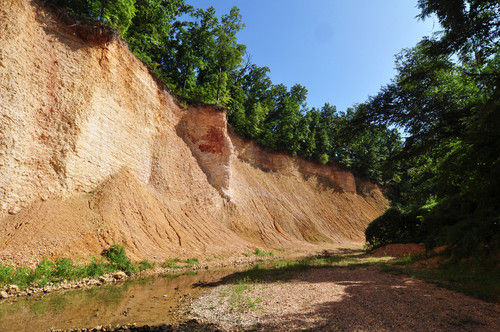 Actually, the riders won't see the bluff. It's hidden behind a pile of debris recently dumped here. I think this is the wreckage of a bridge that was replaced on Highway 177. Attention MoDOT: This eyesore needs to go away.

Update Wed., Sept. 2: I drove by the mess this morning and I spotted a MoDOT crew working there. Are they cleaning it up, I hope? We shall see. 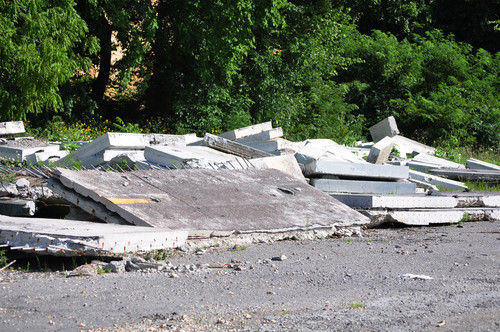 From Oriole, the tour doubles-back to the west along Route Y, a portion of the old Greens Ferry Road connecting Jackson with a Mississippi River ferry crossing at Moccasin Springs. This was one of the routes used by the Cherokee during the Trail of Tears.

Turning left on Route W and then left on CR 618, the riders will then travel along another segment of the Trail of Tears. CR 618 is part of the old Bainbridge Road which ran between Jackson and a ferry crossing at Bainbridge (just east of Egypt Mills). This route was used by a different group of Cherokee.

CR 618 ends at CR 621, which immediately crosses Cape La Croix Creek on one of the worst bridges in the county, a structure some people would rather forget. If only those dented guardrails could talk!

Not quite Snake Hill

The tour then takes CR 638, CR 635, CR 640, and CR 657 before reaching the Cape Girardeau city limits at East Cape Rock Drive. It's a shame that Snake Hill was de-fanged a few years ago, as that would have been the perfect test. Instead, we'll have to settle for its slithering sister, the serpentine summit along East Cape Rock Drive.

This road is very deceptive, as it features a straight and level stretch before quickly, and without warning, darting to the right, left and right again while climbing the hill behind Cape Rock Park. 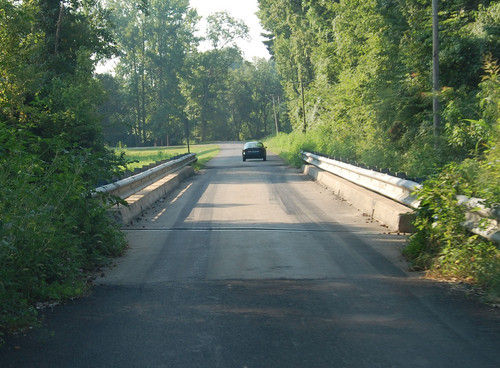 The riders will arrive in downtown Cape Girardeau from North Main Street, then make a detour along Broadway, Lorimier, and Independence before making the final turn on South Main and reaching the finish line in front of Hutson's Furniture. Unfortunately, this detour means that we won't get to see the world's greatest bicyclists try to dodge the clock at Themis Street, a spectacle I that would pay good money to see.

Here is a Google map showing the route of the Tour of Missouri Stage 2. (The map isn't quite right because Google keeps trying to "helpfully" fix the route for me.)