Mammoth Spring: Only 500 feet from Missouri

Arkansas got really lucky. If Mammoth Spring was located a short distance to the north, it would be part of Missouri and not Arkansas.

As settled by the Missouri Compromise of 1820, the Missouri-Arkansas boundary was to be fixed at a latitude of 36°30'. Topographic maps suggest that the original surveyors made some errors, as the state line near Mammoth Spring is actually located about 500 feet south of the true latitude, giving Missouri a very tiny slice of extra land.

Even with the errors, however, Mammoth Spring is still located in Arkansas, with a margin of approximately 500 feet from the official boundary. If the surveyors had goofed even more, Mammoth Spring could very easily be a Missouri state park.

While most of the water flowing from Mammoth Spring originates in Missouri, we shouldn't complain too much. After all, Missouri has more than its fair share of beautiful, large springs.

Unlike many of the major Ozark springs that dramatically flow from the base of a tall bluff, Mammoth Spring's water rises from a quiet pool within a relatively flat piece of ground. 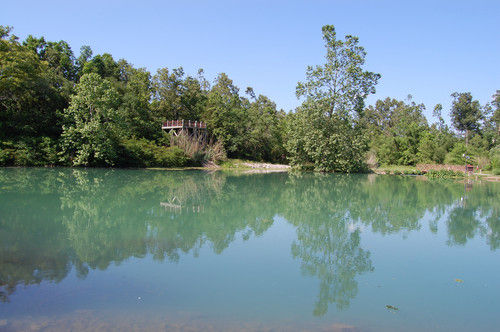 The water cascades through two outlets at an average rate of almost 10 million gallons per hour: 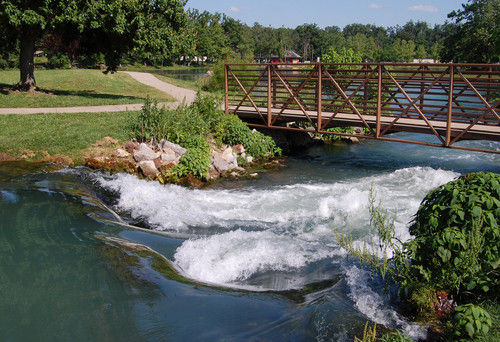 It then reaches a lower man-made reservoir: 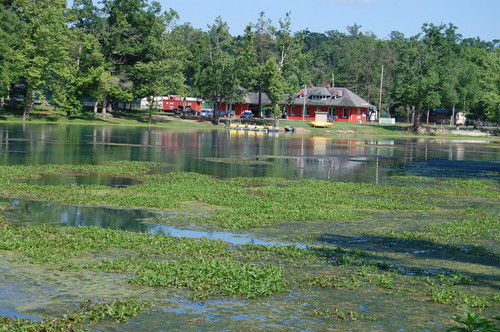 Taking advantage of the tremendous volume of water, the reservoir and dam were built to power a grist-mill. In 1925, the dam was upgraded by the Arkansas-Missouri Power Company to run a hydroelectric plant. The dam supplied power until 1972 when it was incorporated into Mammoth Spring State Park. 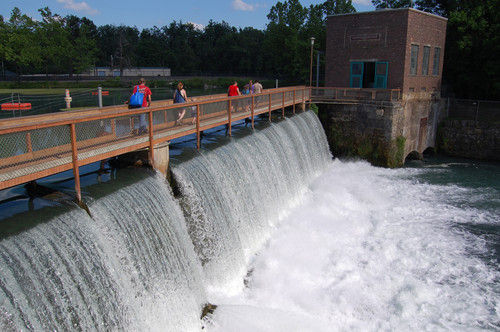 The powerhouse and generator are open to the public: 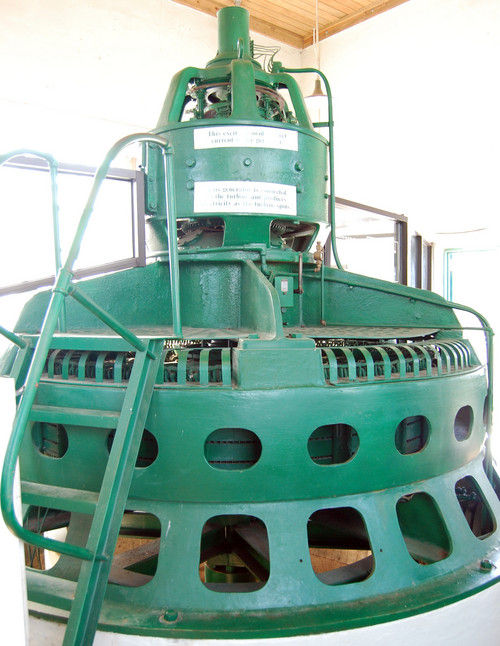 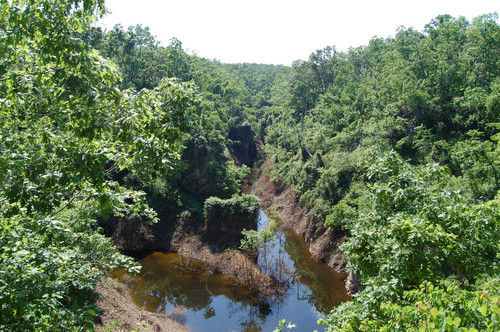 In summer, the foliage obscures the sheer depth of the canyon walls. Sure, this place doesn't hold a candle to the real Grand Canyon, but Grand Gulf is still quite grand by Midwestern standards. 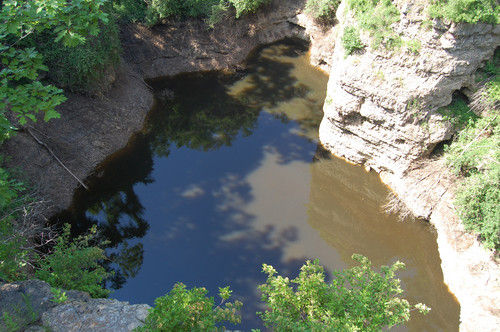 During dry weather, it's possible to venture across the canyon floor and enter the natural tunnel. The rest of the year, though, the canyons are filled with water, making it difficult to explore. The best time to visit would be during a dry spell in winter, a rare combination for Missouri.

Mammoth Spring and Grand Gulf are a long drive from Cape Girardeau, with many miles of twisting Ozark roads no matter which route you take. However, the drive is half of the fun.

Northern route: Take I-55 and US 60 to Poplar Bluff, but continue on US 60 west to Van Buren and Winona. At Winona, turn left on MO 19 south and follow it to Thayer. This route is longer, but goes past Greer Spring and Falling Spring. [Google map]

In Thayer: To get to Mammoth Spring, follow US 63 south across the state line and look for the entrance to the state park on the left. The spring outlet is located to the left of the visitors center, while the dam and hydro plant can be found on the right. To reach Grand Gulf, return to Thayer and make a left on MO 19/142. Follow MO 19 north to the intersection with Route W. The park entrance is located at a sharp curve where the pavement ends on Route W.