The "other" inauguration: The best laid plans...

With any major public event, things have a tendency to go wrong. During Governor Jay Nixon's inauguration festivities, his reception at the Governor's Mansion ran out of time, his "potlatch" dinner ran out of food, and the Grand March under the Capitol rotunda took longer than scheduled.

Despite the minor problems, the festivites were remarkbly accessible to the general public. Everybody willing to wait in line was able to shake the governor's hand. How often does that happen?

After the swearing-in ceremony at noon (or, rather, 11:55 AM), Nixon wasted no time taking care of some official business from his office in the Capitol. Then it was off to the Governor's Mansion for a public reception. 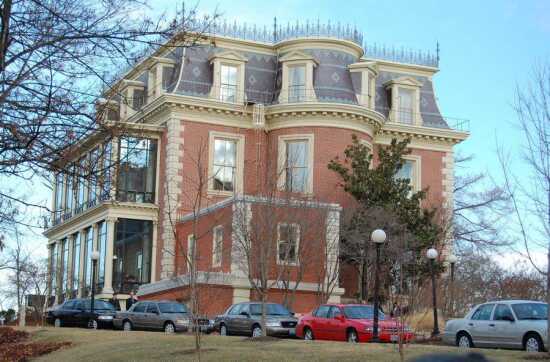 Scheduled to end at 3:30 PM, it was obvious from the huge line outside that there wasn't going to be enough time. However, Nixon picked up the pace by coming outside and shaking hands down the line. 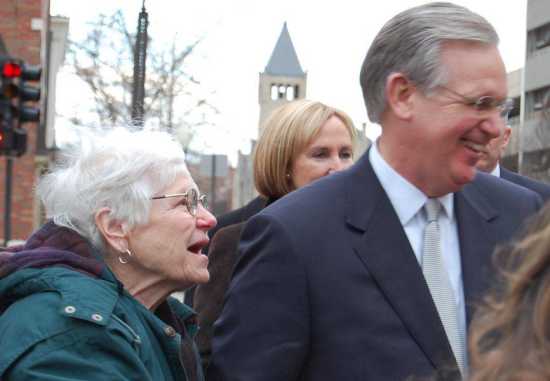 My grandmother, Faye Schreiner, says something to Jay Nixon while he greets everybody in line.

Even though the governor soon left for his next event, the mansion remained open. With a large crowd, this was the standard "shuffle through each room quickly and hope not to trip over anything" tour. 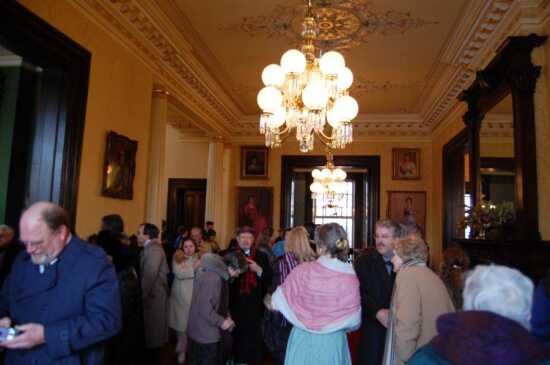 The house, beautifully decorated and furnished, lives up to its role as the governor's official residence. I overheard more than one person question why the previous governor wanted to live in Springfield rather than here. 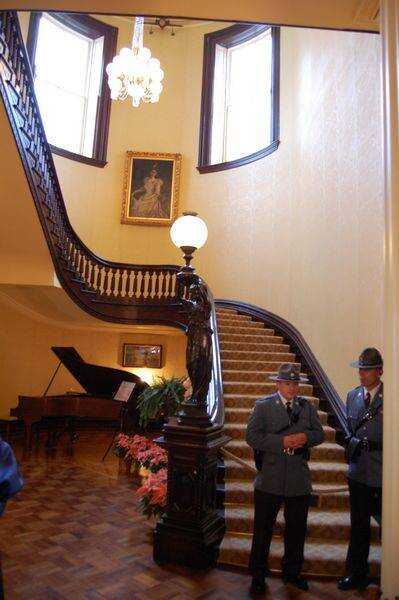 Next on the agenda was the first-ever "potlatch" dinner at the Capitol Plaza Hotel. Nixon had joked during the campaign that he wanted to have a low-budget inauguration, in contrast to Bob Holden's lavish party eight years ago. Because of food safety concerns, this wasn't really a potlatch; the dinner of hot dogs and hamburgers was contributed by businesses, and everybody else was encouraged to share store-bought cookies. Alas, by the time the governor arrived, the food was almost gone. Oops. 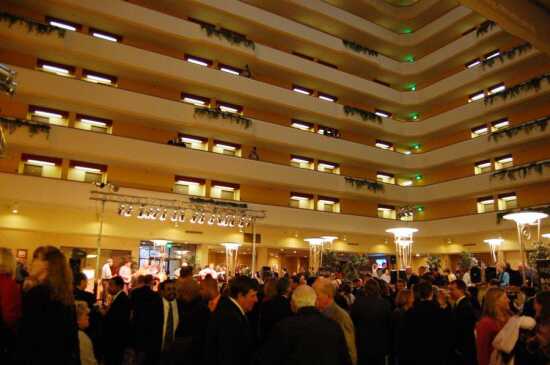 The day was capped by the Governor's Ball under the Capitol rotunda. It started with the Grand March, where state representatives, senators, and statewide elected officials march down the grand staircase accompanied by their families.

The whole process is agonizingly slow, as each family must carefully descend the stairs (no small feat for women in high heels) and pose for multiple photographers. Slated to last an hour, it took almost two hours. Watching the whole thing from a crowded side hallway, I was really starting to question why Missouri has so many representatives. 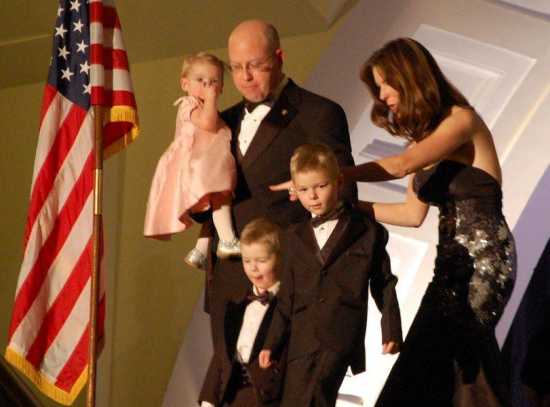 The march reached its conclusion with the introduction of Jay Nixon and his wife Georganne. 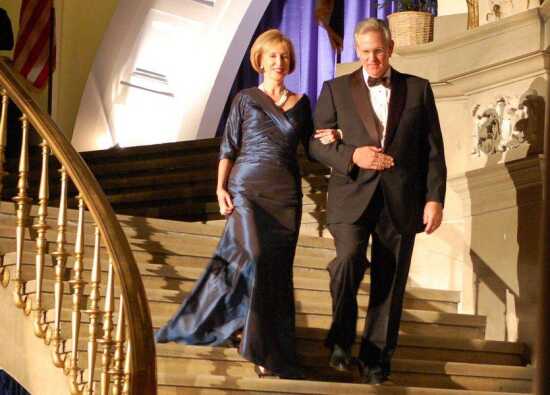 Following tradition, the ball started with the governor and first lady dancing "The Missouri Waltz." The rotunda is large and impressive, but certainly not large enough to hold this kind of crowd. The dance floor was a scene of chaos. 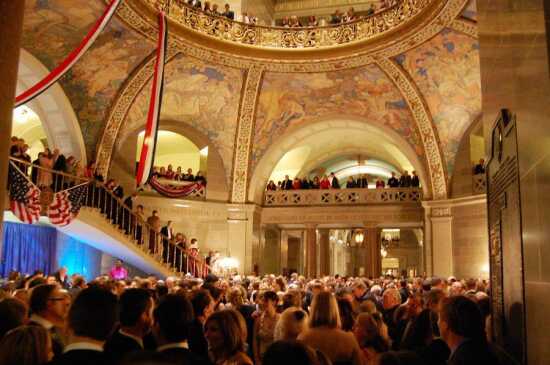 Despite the glitches and crowds, the inauguration was a success and a grand way for Missourians to celebrate the democratic process. While not nearly as historic as next week's inauguration in Washington, D.C., this one was much easier to attend.