Cape Girardeau isn't the only "cape" around here

We all know the feeling. You tell somebody from out of state that you're from Cape Girardeau, Missouri, and they will ask in a snarky tone, "I thought Missouri was landlocked" or "Shouldn't a cape be next to the ocean?" or even "Your city fathers must have been drunk."

Don't blame the city fathers, as Cape Girardeau already had its peculiar name well before Louis Lorimier appeared. In fact, the early explorers and mapmakers used the word "cape" (or in French, "cap") quite frequently to describe bluffs and promontories along the Mississippi River. A "cape" could sit next to any body of water, not just the ocean. 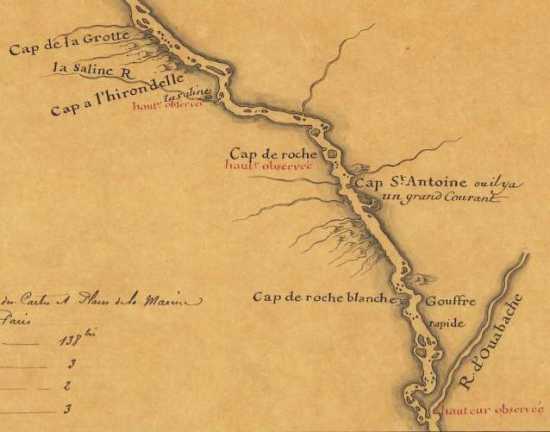 Jumping ahead to 1772, the names are different, but the cartographer still likes the word cape: 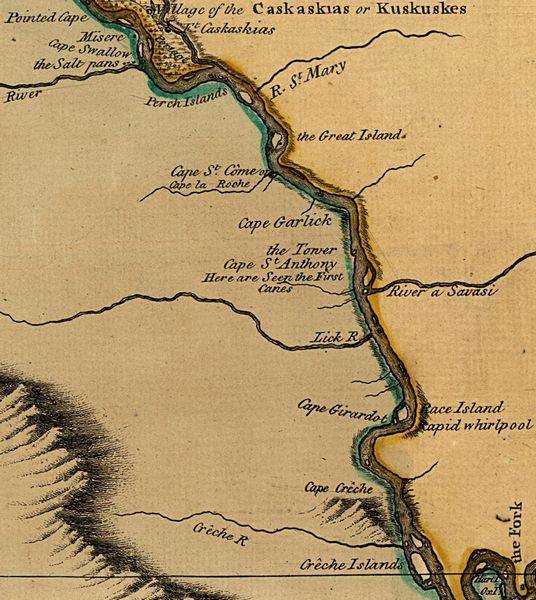 This map shows Pointed Cape, Cape Swallow, Cape St. Côme or Cape la Roche, Cape Garlick, Cape St. Anthony, Cape Girardot, and Cape Cr'che. Maps through the rest of the 1700s continue to show many capes along the river. Then by around the time of the Louisiana Purchase in 1803, carthographers started to drop the cape names, leaving only Cape Girardeau on most maps.

However, even modern maps show capes along the Mississippi River other than Cape Girardeau, including Cape Cinque Hommes and Cape La Croix. So while tourist brochures sometimes claim that Cape Girardeau is the "world's only inland cape", that's not really true.

Here is a listing of other capes:

"Cinque Hommes" means "five men" in French, but the name is probably a corruption of St. Cosme. In 1698, Father St. Cosme, with two other missionaries, explored the Mississippi River. He is said to have placed a "beautiful cross" on a large promontory on the west bank of the river, probably today's Tower Rock. Modern maps show Cape Cinque Hommes located a few miles north of Tower Rock at a massive bend in the river. 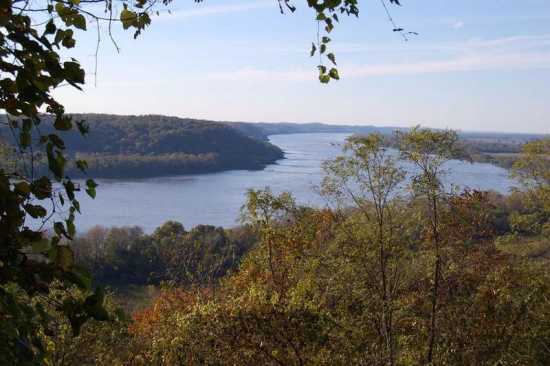 Cape Cinque Hommes, as seen from the Illinois side atop Fountain Bluff

The best view is from the overlook at the top of Fountain Bluff. Take Illinois Highway 3 north past Grand Tower and look for the turnoff for Happy Hollow Road (it's easy to miss). Continue on this road until you reach the top of a long climb up the hill. Keep your eyes peeled for the overlook on the left.

On his journey, Father St. Cosme also erected a second cross at a place dubbed Cape La Croix (or "Cape of the Cross"). This is now called Grays Point, where the river makes a sweeping bend between Cape Girardeau and Thebes. This name lives on as Cape La Croix Creek, which originally flowed into the Mississippi River near Grays Point. 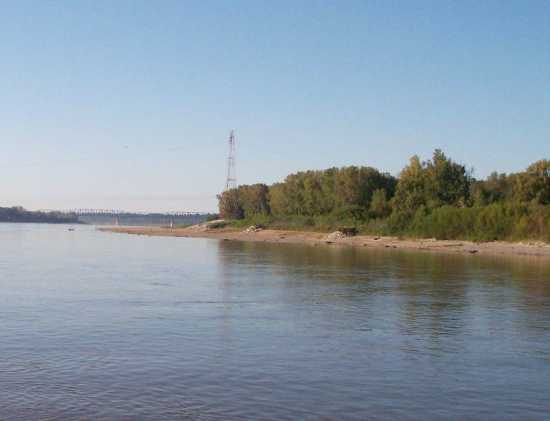 The bend in the river at Grays Point, as seen from the water

This name, with various spellings, appears frequently on old maps and in historical documents, but the location is unclear, and may have changed over the years. The mostly likely location is Fountain Bluff, an isolated ridge above Grand Tower, Illinois, that would have been a formidable landmark for early river explorers. However, this could also have been on the Missouri shore, perhaps just downstream from Wittenberg. 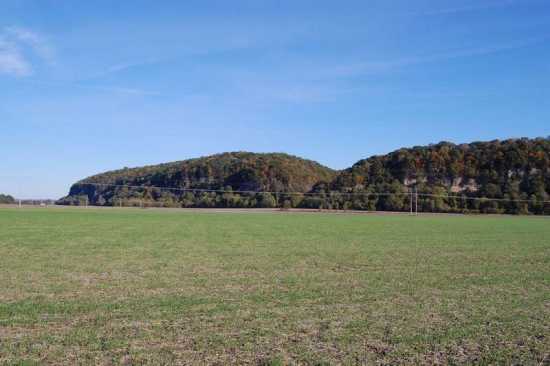 Fountain Bluff looms in the distance, as seen from a road outside the town of Gorham. The river would have been located closer to the bluffs at one time.

Southeast Missouri doesn't have a monopoly on inland capes. Cape Fair is a town next to Table Rock Reservoir in Stone County.

Upstream from the St. Louis area, Cap au Gris is a name that appears on maps of Lincoln County. It's a point on the Mississippi River east of the town of Winfield.