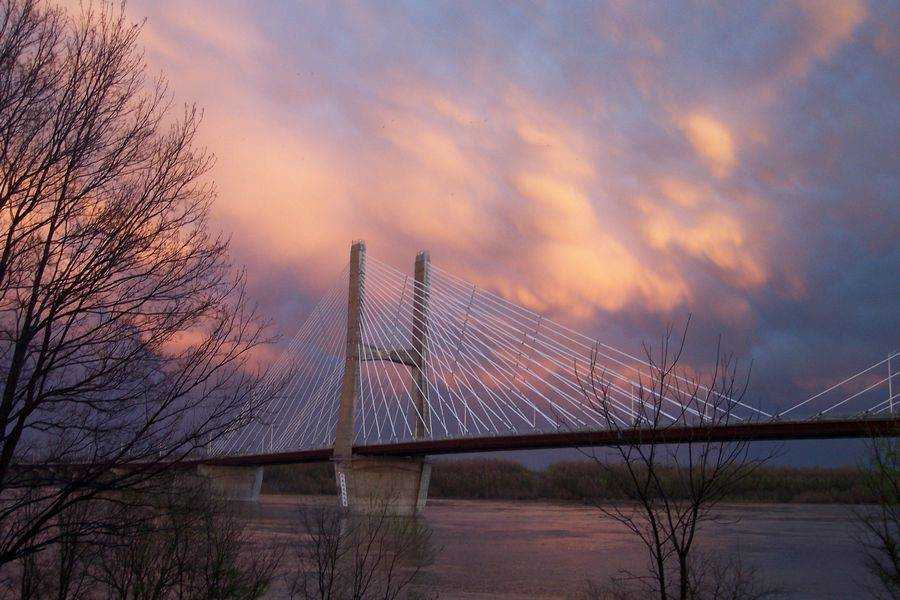 My favorite photo of the Emerson Bridge, taken just after an April thunderstorm rolled through during sunset.

This Saturday will mark the fifth anniversary of the opening of the Bill Emerson Memorial Bridge. It doesn't seem like five years, but the ribbon was cut on Dec. 13, 2003. 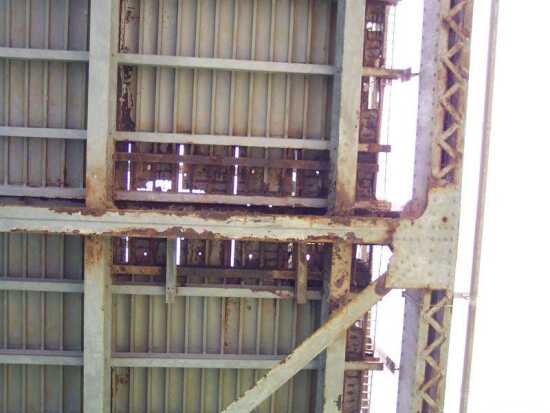 Seeing daylight through the bridge deck is not usually a good sign. There was also a missing diagonal girder underneath the bridge.

This amusing graffiti from underneath the old bridge called it the "Bridge O' Death." 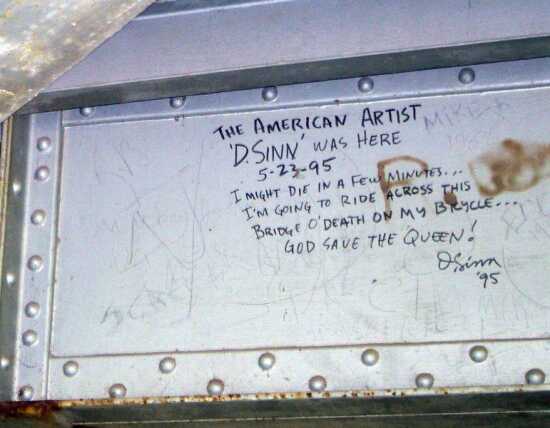 Despite the structural problems, the clipped mirrors, and the frequent traffic jams, the old bridge had a certain charm that was lost when the Emerson Bridge opened. As I've written in the past, the 1927 bridge was ahead of its time for engineering techniques. 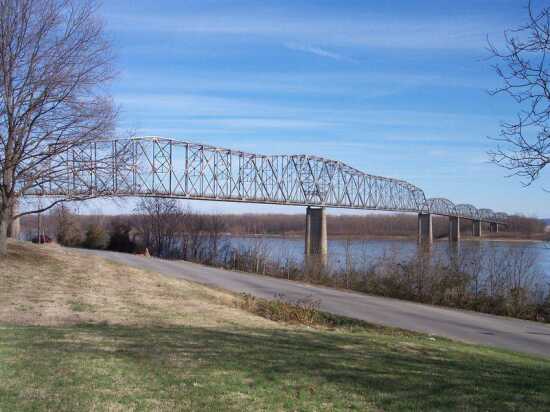 On the day that the Emerson Bridge opened, I couldn't resist the temptation to walk across the old bridge to get some parting shots. Construction workers looked at me funny but didn't seem to mind. 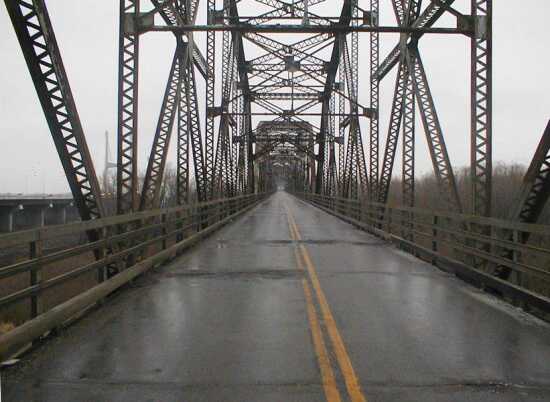 As someone interested in historic preservation, the demolition process was hard to watch, but it did produce one of the most memorable sights in Cape Girardeau history: 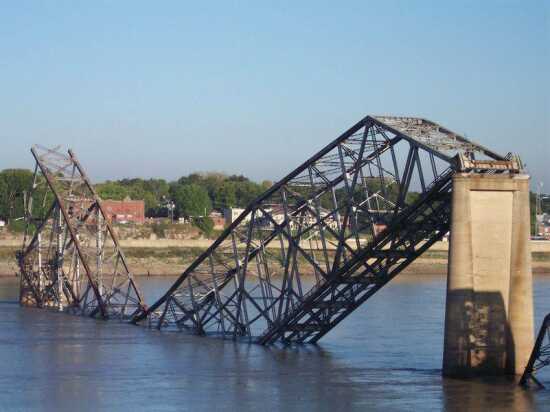 The Emerson Bridge was lined with cars as people leaned over to see the aftermath of the demolition that took out more than the engineers had bargained for. 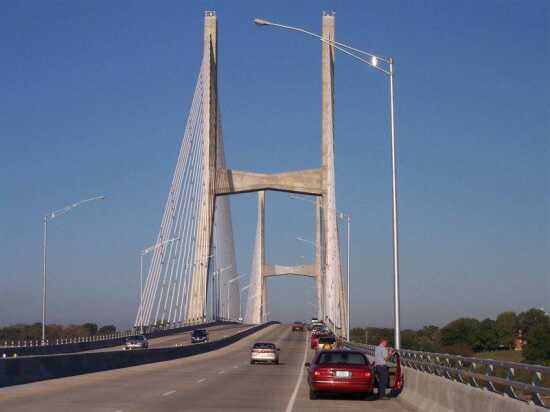 After the new bridge opened, it was possible to drive down to the Illinois shore using an access road from the levee. Since then, fences and a locked gate have been erected to keep people away (with limited success).

It's a shame, really, because the Illinois shore next to the Emerson Bridge could make for a wonderful park, with a full view of the bridge and the Cape Girardeau riverfront. 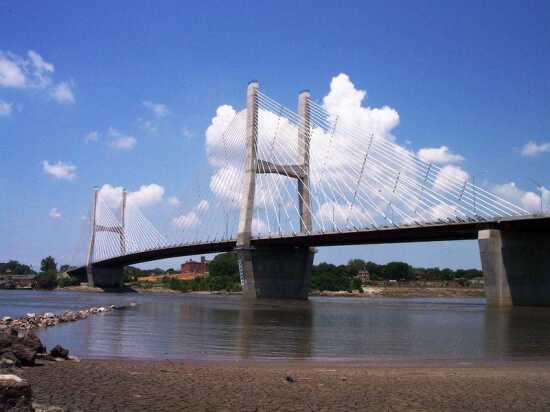 Illinois and East Cape are really missing the boat on this one.