Wayne County embraces some of the most rugged terrain in Missouri. Mudlick Mountain, at the heart of Sam A. Baker State Park, has such a tall peak compared with the surrounding terrain that some sources claim the mountain can create its own weather.

Clark Mountain is nearly as impressive as it looms over the town of Piedmont. Indeed, Piedmont literally means "At the foot of the mountain."

But this blog isn't about a mountain, it's about the opposite: a deep canyon. Just outside of Piedmont sits Lon Sanders Canyon, a rocky gorge and shut-ins along McKenzie Creek. 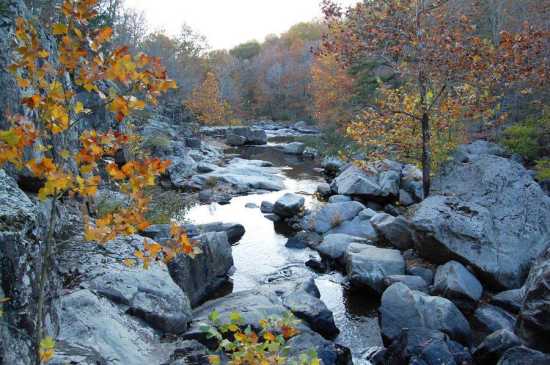 Now owned by the Missouri Department of Conservation, the canyon changed hands several times until entrepreneur Lon Sanders of St. Louis tried to build a private resort. Some of the remnants of this defunct venture remain, including stone steps: 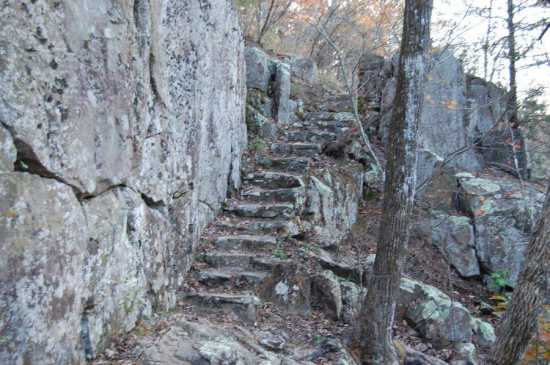 ...Handrails along a trail overlooking the canyon: 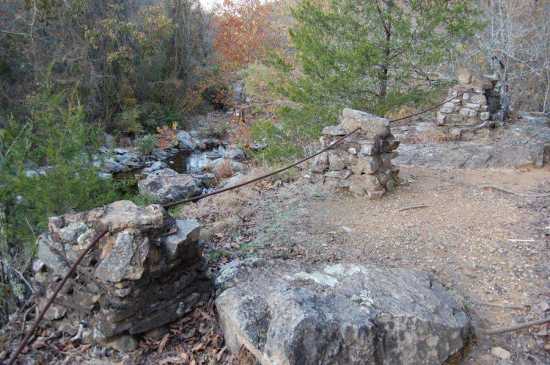 ...And a portion of a concrete dam: 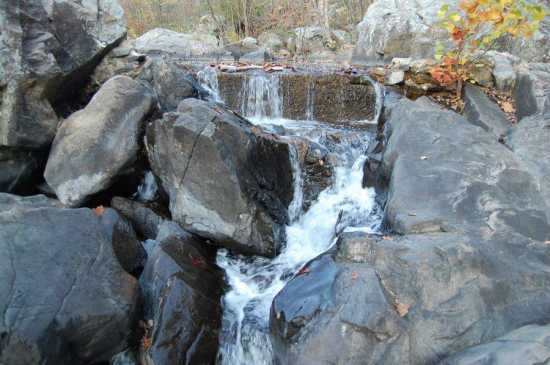 The resort idea failed, but the canyon makes for an excellent conservation area with a setting that is surprisingly wild despite its location near a golf course and housing developments. A park like this would be the envy of any small town -- or major city. 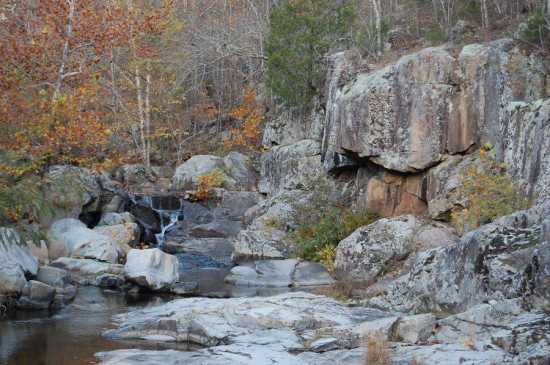 I visited last October at the peak of the fall colors. 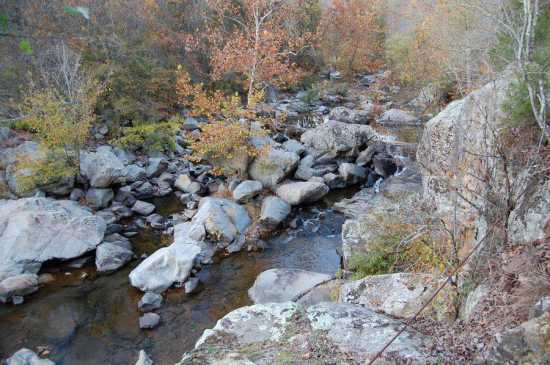 If you like rocks, water and foliage, Lon Sanders Canyon is hard to beat. 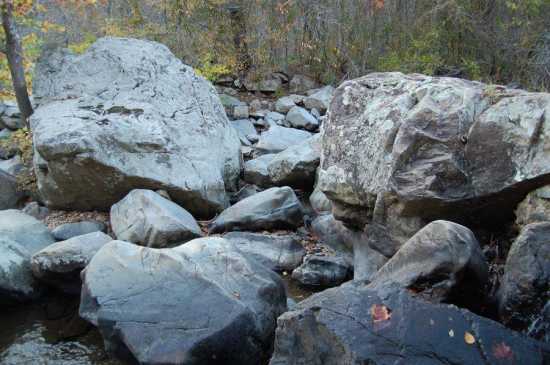 From Cape Girardeau, take Highway 34 west through Jackson, Marble Hill, Grassy, Silva, Patterson, and on to Piedmont. After entering Piedmont, look for the turnoff for Canyon Road on the right, opposite the Piedmont high school. If you reach the intersection with Highway 49, you've gone too far. Take Canyon Road for a short distance until you see the parking area for Lon Sanders Canyon on the left.

At the parking lot, take the trail on the left, follow it a short distance downhill, and then cross the wooden footbridge on the left. This trail, a remnant of the old resort project, goes straight to the best part of the canyon.

What: Scenic shut-ins located at the outskirts of Piedmont