The Bridges of Madison County... Missouri

But the Fredericktown area does have some of best mountain scenery in Missouri, with a few interesting bridges to explore.

One of the best scenic byways in Missouri is Route E between Arcadia Valley and Fredericktown. Surrounded by the rugged St. Francois Mountains, it's almost possible to squint your eyes and pretend this is Colorado.

West of Fredericktown, Route E crosses the St. Francis River at a massive steel truss bridge that offers an excellent view of the river. 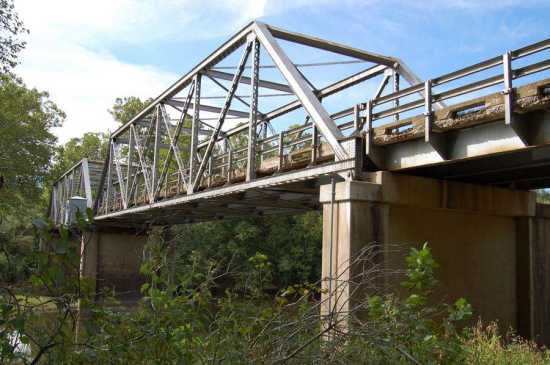 Continuing west on Route E, the road crosses Marble Creek at a mundane concrete bridge. But step out onto the bridge (when no traffic is coming) and gaze at the beautiful Marble Creek shut-ins from high above: 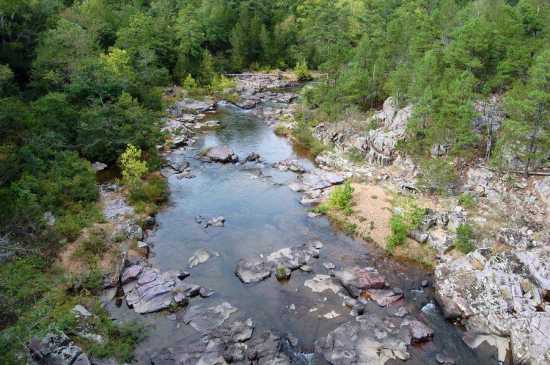 Route C across southern Madison County isn't quite as scenic as Route E, but it straddles very remote and rugged terrain. It crosses the St. Francis River at a place called Dug Hill, an appropriate name reflecting how the end of the bridge was dug into the side of a hill. 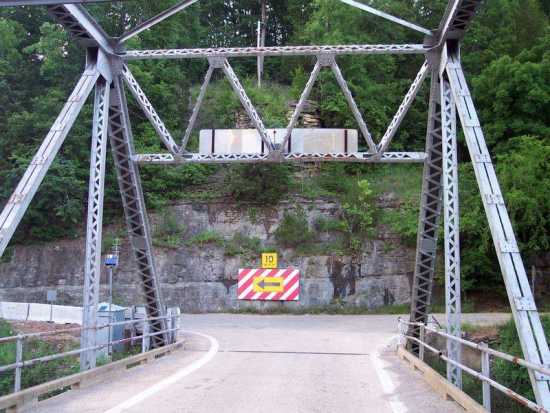 Drivers crossing the one-lane bridge must come to a near stop to negotiate the 90-degree turn where the road comes face-to-face with the bluff. Built in 1931, it's obvious this bridge wasn't designed to carry high speed traffic.

Southeast Missouri is dotted with low-water crossings, those low-budget substitutes for real bridges. Thompson Ford, southwest of Fredericktown, is one of the largest as it crosses a scenic stretch of Little St. Francis River. The area around the crossing (I wouldn't quite call it a bridge) is a state conservation area. 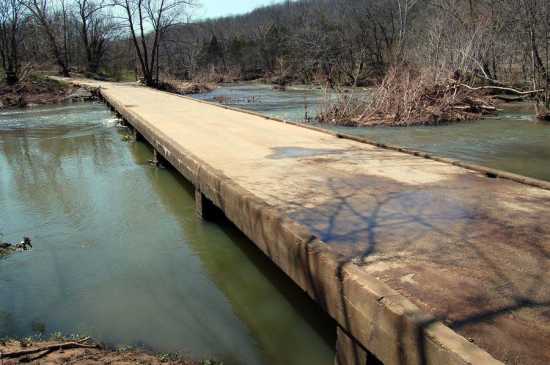 Directions: Take Highway 72 west from Fredericktown and look for the turnoff for County Road 504 on the left. Follow this frontage road until you see the Thompson Ford sign. Turn left on County Road 503 and go south to the ford.

When the large steel bridge across Castor River at Marquand was replaced in the early 1990s, a souvenir was salvaged and moved to the city park. This rusting relic -- almost resembling a modern-art sculpture -- is not the kind of thing you would expect to find here: 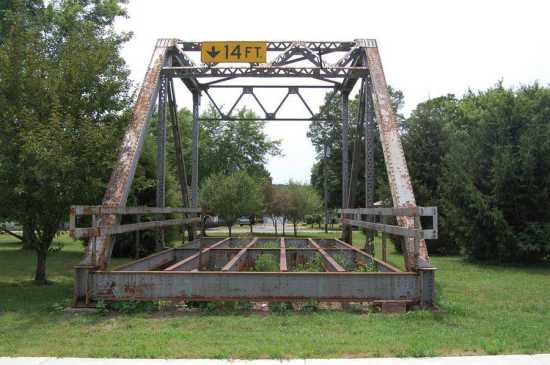 Talk about being at the right place at the right time! When the Highway 72 bridge over Castor River was replaced recently, the highway department left behind a single span, which now provides a "deck" for the family living next door. They gained one of the best patios in the state, at no cost: 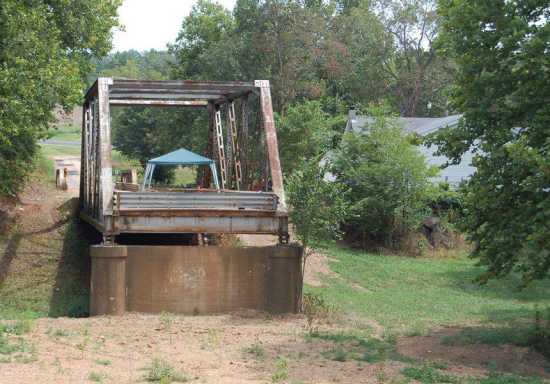 The Belmont Branch of the Iron Mountain Railroad was one of the first major rail lines completed in Southeast Missouri, but few traces remain. Fredericktown still has a piece, however, crossing the lake at the City Park north of town. Known as a plate girder bridge, this railroad structure remains intact with only the rails missing. 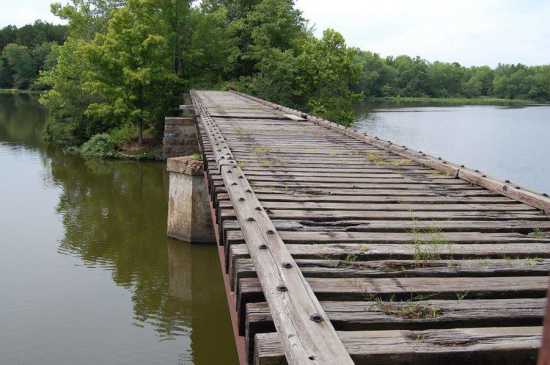 Directions: From the courthouse square in Fredericktown, go west one block on Main Street, then turn right on Buford Blvd. Follow this street north as it jogs and turns into City Lake Road. When reaching the entrance to the city park, make a sharp right turn on County Road 209 and go east a short distance before reaching the bridge on the left.

In the remote northeast corner of Madison County, County Road 252 crosses the Castor River on a low-water slab. With the rushing water and wide gravel bars, this looks like it could be a popular swimmin' hole, although the area surrounding the bridge is privately owned. The bridge even features a built-in ladder to provide access to the water below. 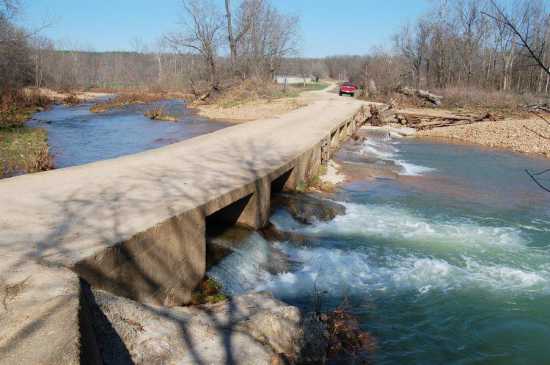 Madison County also has some small steel and concrete bridges built during the 1920s when the first state highways were constructed. Keep your eyes peeled for these along frontage roads west of Fredericktown on MO 72, south of Cherokee Pass on US 67, and north of Fredericktown on Route OO (originally US 67 and US 61). Some of these make for a nice pullout spot to get away from the traffic on the main highway.