Brief guide to rails-to-trails projects in Missouri and Illinois

My earlier suggestion to convert the old Iron Mountain railroad tracks into a hiking/biking trail generated several positive comments, both on and off the blog.

So where to begin? The Rails-to-Trails Conservancy has a very nice brochure (PDF) that outlines the process of building a trail. It's not easy, but it certainly can be done.

Southeast Missouri doesn't have any rails-to-trails projects, but successful trails have been built not too far away:

The tracks of the Big Four Railroad between Harrisburg and Karnak, Illinois, were converted into a 45+ mile trail. The most popular parts of this trail include the 543-foot long tunnel at Tunnel Hill: 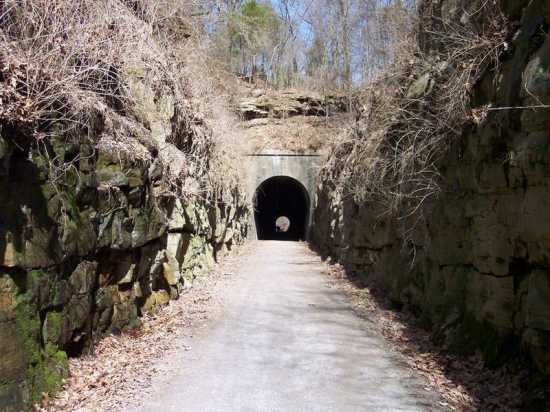 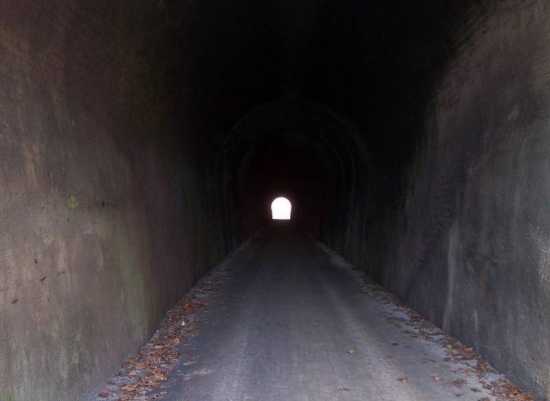 ...and the massive Breeden Trestle located between Tunnel Hill and Vienna: 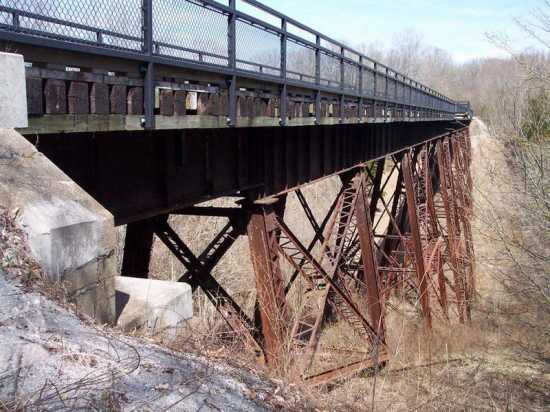 Not all rails-trails need to cover huge distances. The Quetil Trail at Alto Pass, Illinois, is very short, but very scenic. Starting in town, the trail follows the path of the narrow-gauge Cairo & St. Louis Railroad along the bottom of a long bluff, featuring interesting rock formatations. 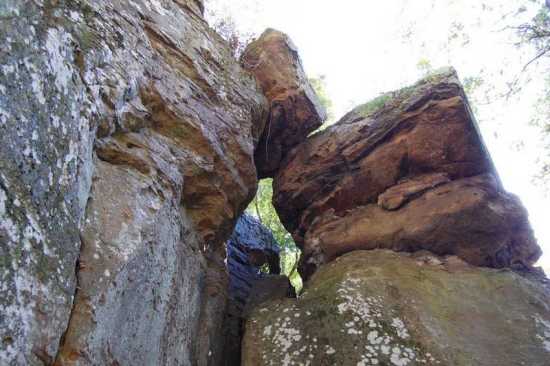 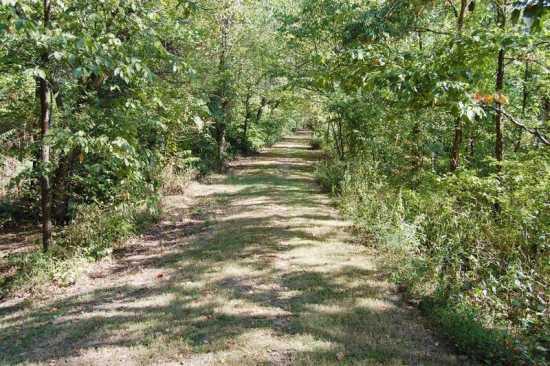 Arguably the country's most successful rail-trail project, the Katy Trail spans 225 miles (with more coming) across Missouri. It's got everything: river views, bridges, a tunnel, Lewis & Clark campsites, tall bluffs, and quaint towns. 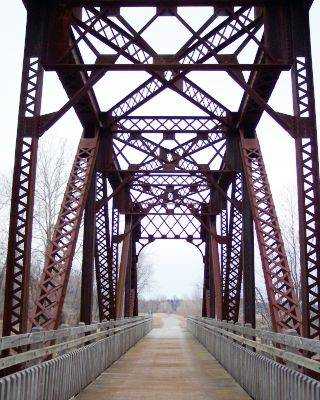 The Katy Trail does have some stiff competition from a more recent project, the 36-mile Frisco Highline trail between Springfield and Bolivar in Southwest Missouri. The backers of this trail came up with a clever fundraising strategy: finding official sponsors for each of the line's many bridges and trestles.

Southeast Missouri doesn't have any rail-to-trails, but we do have a nice example of a rail-to-road conversion. Southwest of Puxico in Stoddard and Butler counties, a portion of the old Frisco tracks were turned into a gravel county road. This road is extremely flat and straight (with only one gentle curve) and takes advantage of three railroad bridges that now carry highway traffic. The largest crosses St. Francis River at Indian Ford: 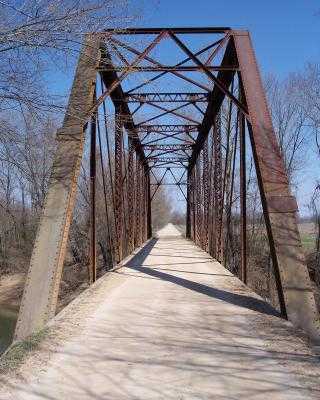