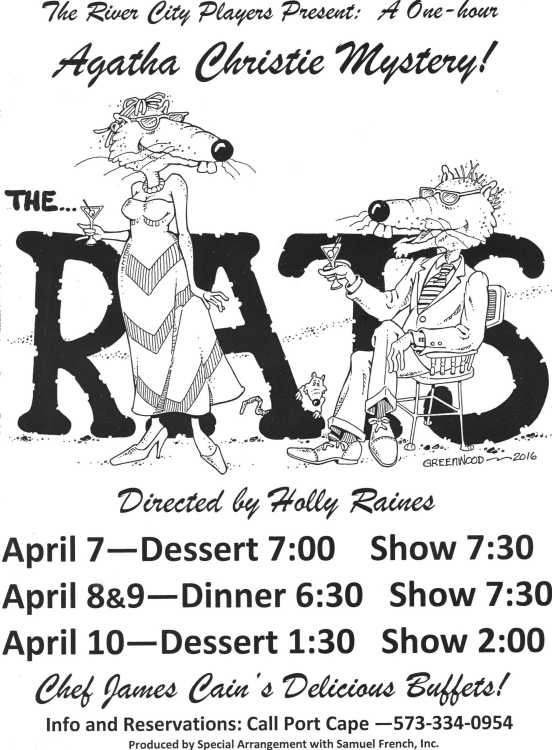 Today's cast member of "The Rats" I am introducing is Jordon Bates. Jordon first took the stage in High School performing minor roles. After High School he performed in a few Community Theatre plays. Having grown up in South Dakota, he has also lived in Cincinnati, OH and Wichita, KS before moving to Cape Girardeau. He is currently working on a degree in Mass Communications, TV and film at Southeast University. Jordon will be playing the role of David Forrester in this production. Come out and support Jordon and Community Theatre! There is a lot of talent going into this production. Opening night is April 7 . Reservations can be made by calling Port Cape. The show runs thru April 10. As always I will see you at the Theatre!