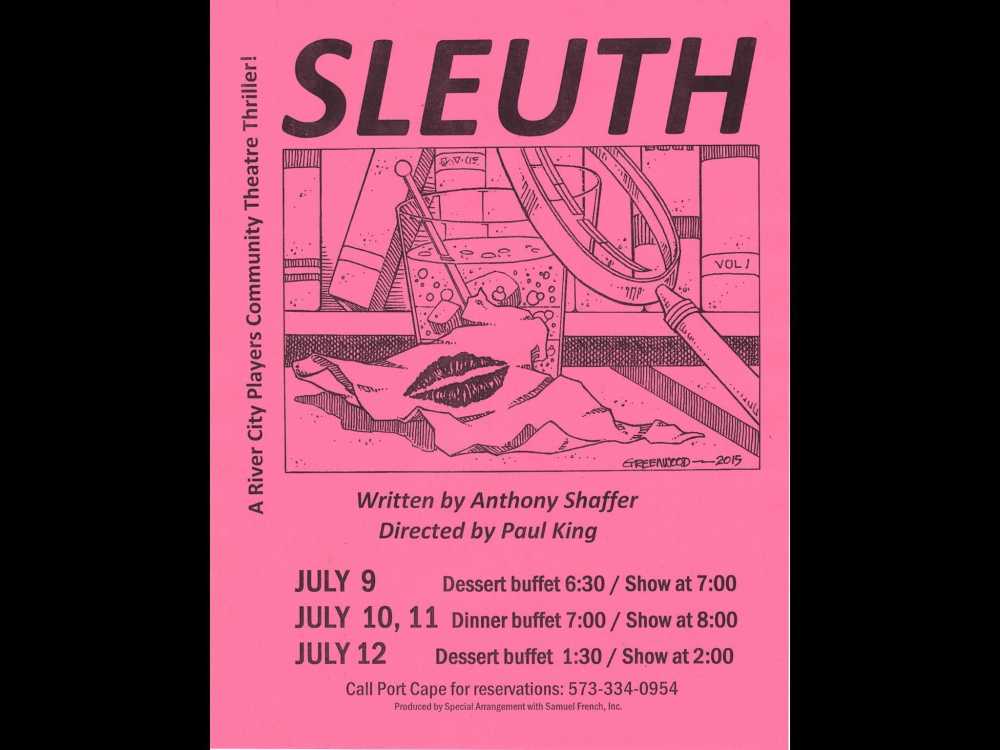 The opening week of our July show has arrived. "Sleuth" written by Anthony Shaffer and directed by Paul King opens this coming Thursday, July 9. This is Paul's debut for directing. He has been assistant director on many shows and has been on the stage in several productions for River City Players! He is also one of our set designers. Larry Davis is the assistant director. He too is no stranger to RCP. This play is a 'who done it' thriller that will keep you guessing during the entire production. You may have seen the movie years back (and recently redone) with the two characters being played by men, but you won't see that in RCP's production. You will be taking the thriller trip with Tana Howard and Holly Raines portraying the characters. Tana and Holly both are seasoned veterans of RCP. Both of these ladies have directed and acted in many, many of our show. They also have done behind the scene jobs on several shows. The show dates are July 9,10,11,12. Please choose the show that suits your interest from the flyer I have attached. All shows are at Port Cape in the Yacht Club and our shows are smoke free! As always, I will see you at the THEATRE,