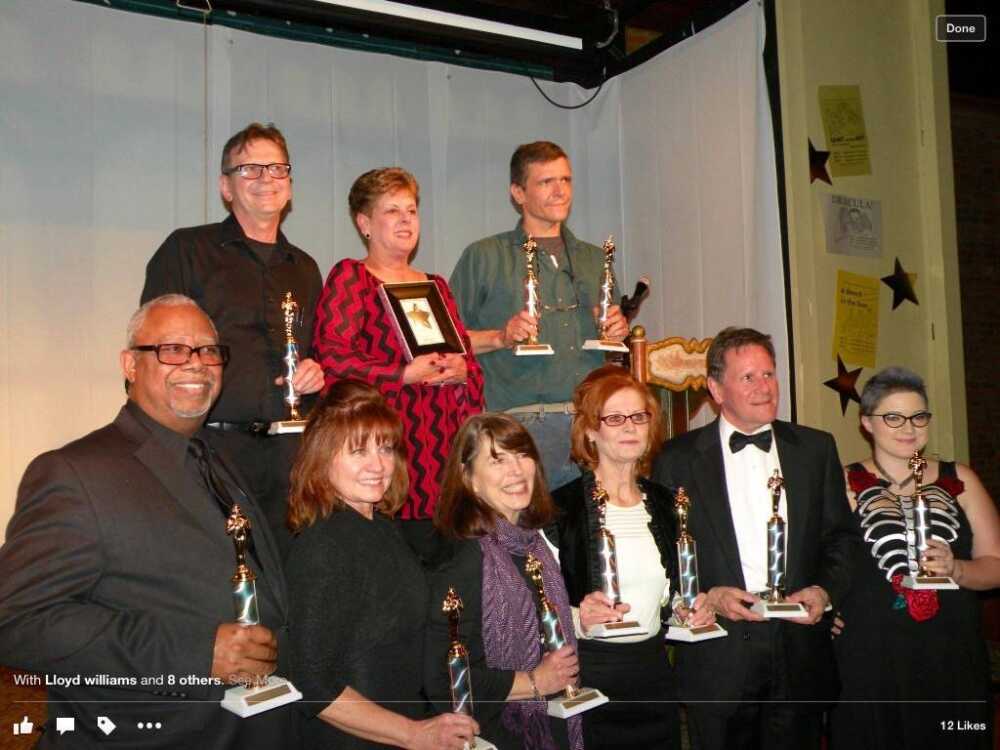 This past Saturday evening River City Players held their annual, end of the season ABBOTT Awards. The following are the winners of an Abbott.

A Bench in the Sun

Brenda Ferguson for A Bench in the Sun

Paul King for Quiet on the Set

Claudette Hency as Adrienne in A Bench in the Sun

Larry Reiminger as Bert in A Bench in the Sun

Lloyd Williams as Harold in A Bench in the Sun

Chrissie Shay as Renfield in Dracula

Paul King as Dracula in Dracula

It was an exciting night for all the nominees, patrons, friends and family of RCP. Now on to our 2015 season. Auditions for our April Show "Any Body Home" will be on January 26 and 27 at 6:30 at Port Cape. There are roles for 2m and 3f. This show is a comedy/mystery/farce and is being directed by Andrea Shovan. Mark your calendars now and come out for our auditions. Not interested in acting? Then come and see what you can do behind the scenes. If you have ever had the itch to be a part of community theatre now is the time! As always, I will see you at the THEATRE!