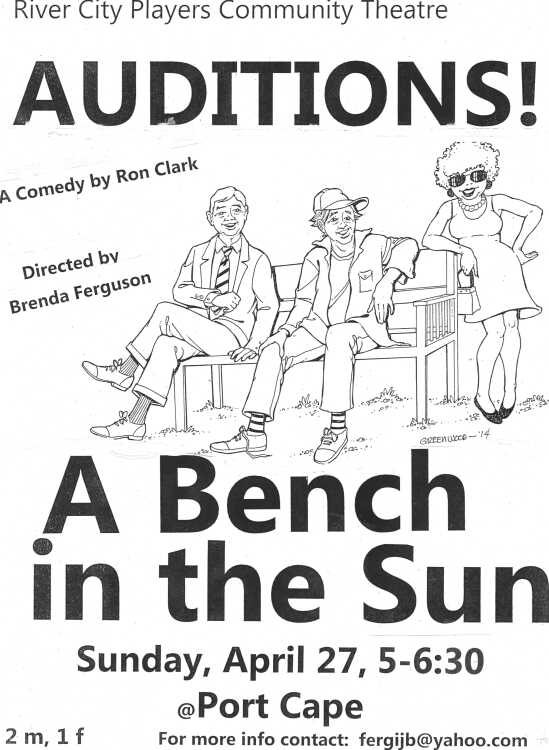 It has been six years since I took the office as President of River City Players. I would like to thank the Board of Directors, Port Cape, the Patrons and all who attended shows for an enjoyable time of serving our Community Theatre. With that said, RCP elected new officers last night at the regular monthly board meeting. Dr. Roseanna Whitlow-Greenwood will hold the office of president for the next two years with Andrea Shovan serving as her vice-president. Brenda Ferguson was elected as the secretary with Holly Raines remaining in the treasurer's position. Debbie Barnhouse, Stacey Storey and Rich Behring hold seats on the board. Now to push on by holding auditions for our second show of the season "A Bench in the Sun" on April 27 starting at 5:00 p.m. in the Captain's Quarters at Port Cape. No prep needed as it is a cold reading. As always, I will see you at the theatre!