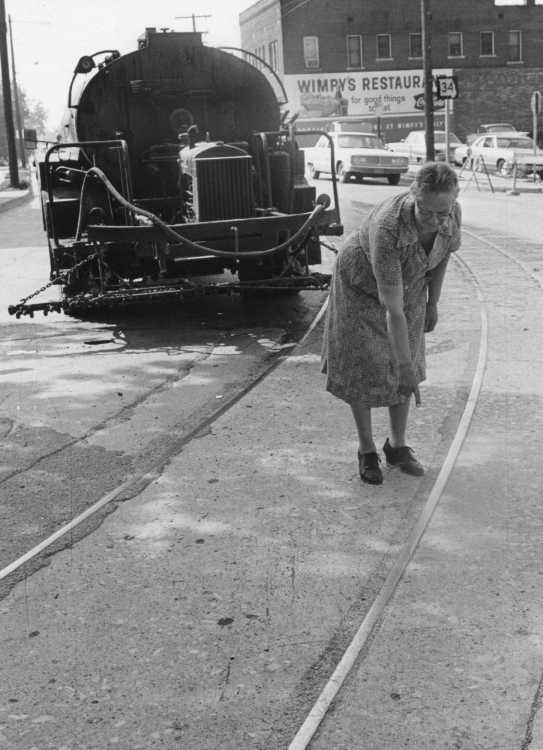 Mrs. Carl Kiehne points to the old streetcar rails along Broadway which now will be completely covered by the (asphalt) surfacing. Mrs. Kiehne recalls coming to Cape Girardeau during the fair and riding the streetcars. The streetcar company was operated by Missouri Utilites Co. until 1934. (Missourian archive)

Note Wimpy's Restaurant in the background near Broadway and Henderson Avenue. The business opened in 1962 in the former Kilgore Drug Store and Restaurant.