Highlighting My Story as a Gun Violence Survivor

The following story has been submitted by a user of semissourian.com. To submit your own story to the site, click here.
User-submitted story by Leslie a Washington 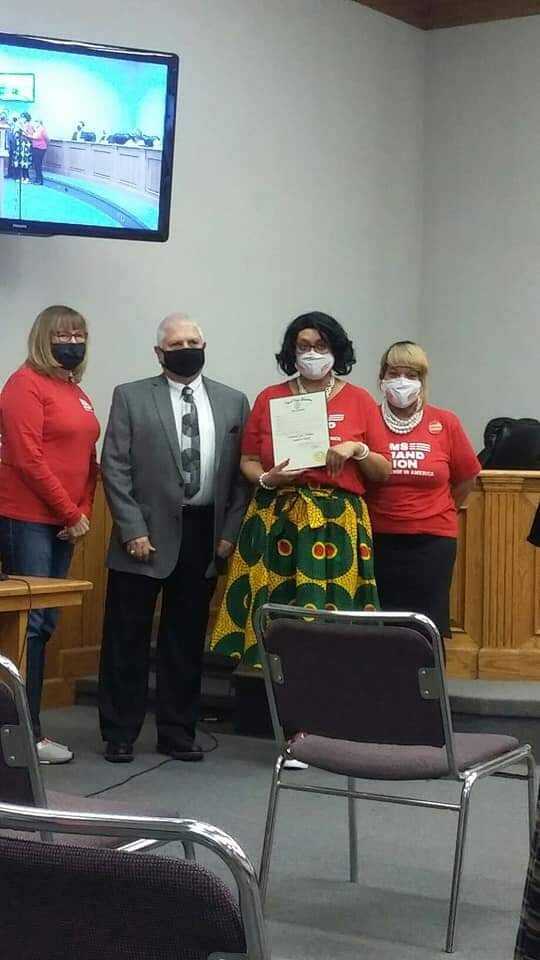 I am a gun violence survivor. I left an abusive husband who continued to threaten me even after I escaped to a shelter in another part of the state.My ex husband posted pictures of himself with a gun and contacted me telling me that he was going to kill me.He threatened my mother, telling her he would find me at the safe house where I was residing. He showed up at my ex parte court hearing,trying to scare me. That my ex husband had a firearm even though he had a history of abuse and was a convicted felon, shows what happens when our gun laws are not adequate and not adequately enforced.

February 1-7,2021 has been designated National Gun Violence Survivors Week by Moms Demand Action for Gun Sense and Everytown for Gun Safety. Cape Girardeau Mayor Bob Fox issued a proclamation designating this same week as Gun Violence Survivor Week in our city at the February 1,2021 City Council Meeting. I was honored to attend and represent other survivors like me as a member and volunteer leader who is a part of the Southeast Missouri Local Group of Moms Demand Action for Gun Sense in America.

We are a nation of survivors.All in all,58 percent of Adults in America, including 68 percent of Black and Latino Americans, are survivors of gun violence, either experiencing gun violence themselves or caring for someone who has experienced gun violence in their lifetime. There are countless stories behind every gun violence statistic. During National Gun Violence Survivors Week, we take stock of the terrible human toll of America's gun violence crisis-and recommit to honoring survivors with action. As one way to honor stories of gun violence survivors, I urge readers to visit momentsthatsurvive.org. Then commit to doing what you can to reduce the gun violence that kills more than 100 people a day in the U.S.