Red Star district - then and now 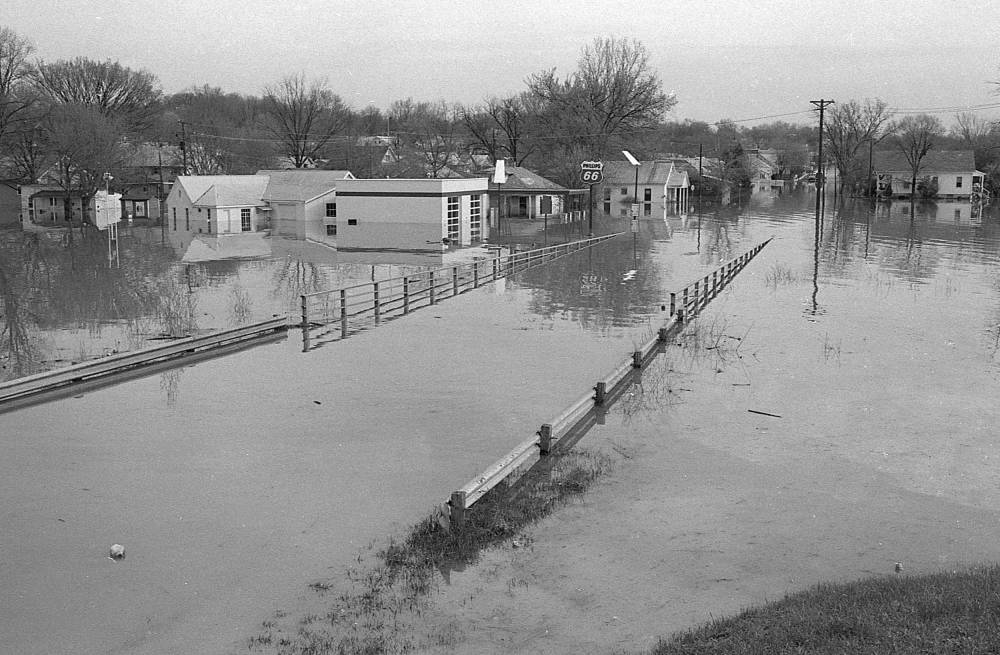 ABOVE: Guardrails along part of flooded North Main street are the only clue to where the street is located as the Mississippi River turns part of Cape Girardeau into an unwanted lake. The river crested at 44.1 feet on April 17, 1979. It was the second-highest level in Cape Girardeau history. Flood stage is 32 feet. (See story below.) BELOW: The area is seen recently. (Fred Lynch photos) 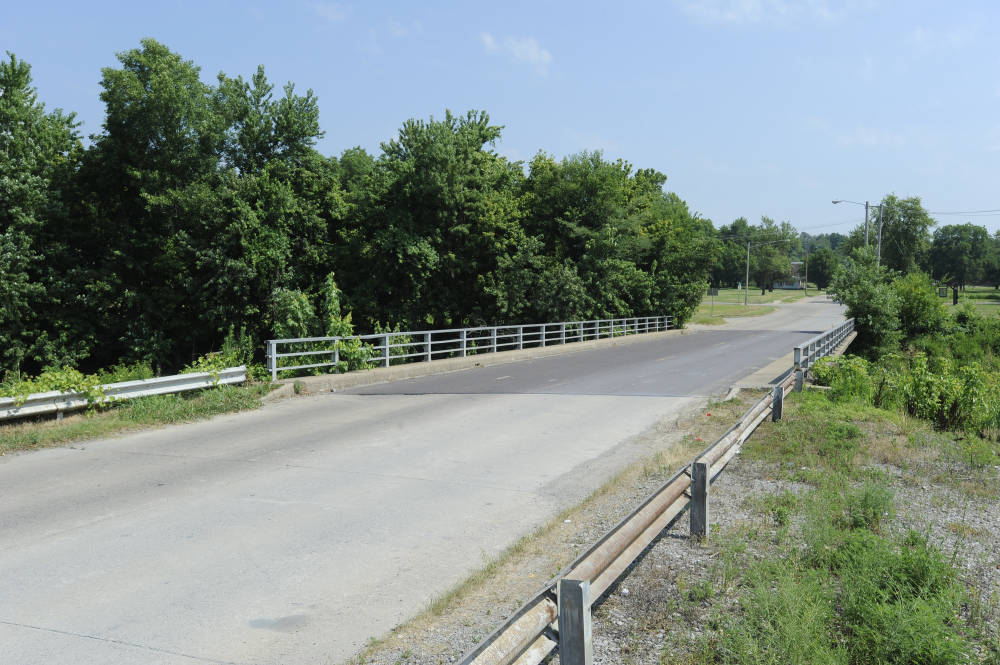 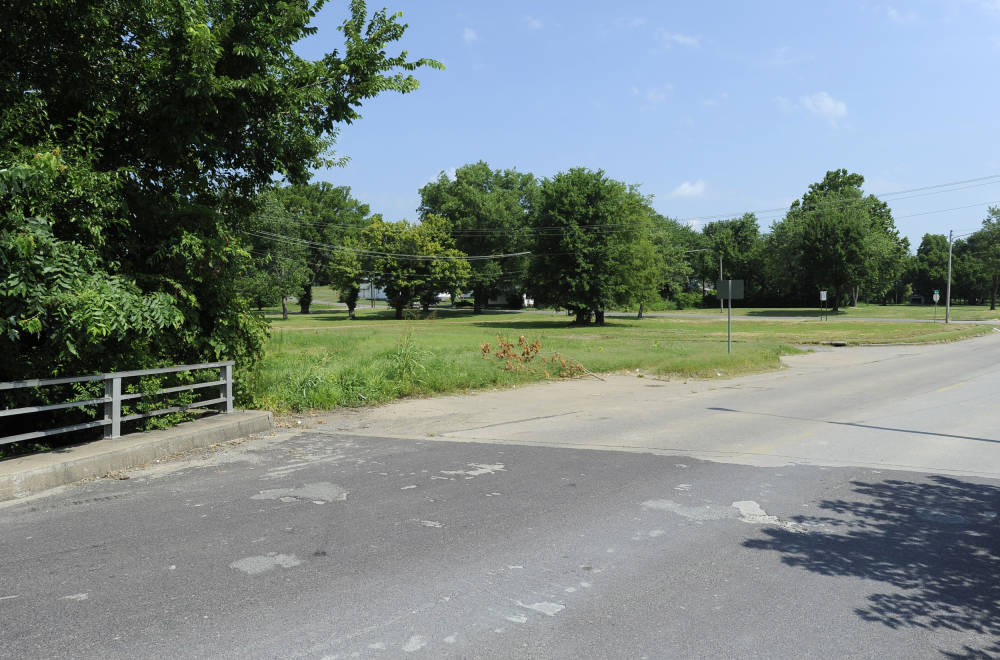 The flooding Mississippi River has forced many area residents to find alternate means of transportation or alternate routes to get from point A to point B.

On the south side of Cape Girardeau, employees of the Marquette Co., which is surrounded by water, arrived at work this morning by boat.

"We've been coming to work by boat for two days now," said plant manager Joe Gambill who reported that there has been no damage to the plant due to high water. "The plant was down for maintenance anyway so we're just maintaining the levee and sandbags around the plant," he explained.

To the north of the city about 25 percent of the employees of the Procter and Gamble Paper Products Co. on Highway 177 have had to find alternate routes to work because of the impassable condition of Highway 177 near the Cape Girardeau city limits.

"Instead of coming in 177 we're now going alternate routes like coming up Interstate 55, but we haven't had any major difficulties and we don't anticipate any at this point," said the company's public relations officer Mike Copeland.

"So far, everybody has been able to make it to work," he said and noted that the plant is in no immediate danger of flooding. However, he said that the floodwaters are visible from the plant.

Also on Highway 177 is the Nell Holcomb School where buses and teachers have had to reach the school via Egypt Mills from Cape Girardeau.

"Basically what we did is to shift some kids on to different buses and there are only a few isolated cases of kids that absolutely can't get to the buses," said Wallace Barrows, principal of the school.

"We had one bus driver that had to row a boat this morning to reach his bus," Barrows reported.

He also pointed out that the school is in no danger of flooding.

The Cape Girardeau school system has also encountered difficulties as a result of flooded streets causing alterations to some bus routes.

"Basically what our posture has been is that we don't put buses through water," Vince Raddle, assistant superintendent of the district said. He explained that the water may cause the buses to lose the effectiveness of their brakes.

"We're out of business on Highway 74 toward Dutchtown and South Sprigg street, so we get close to the water and backtrack," he reported.

He noted that few pupils are affected by the rerouting problem.