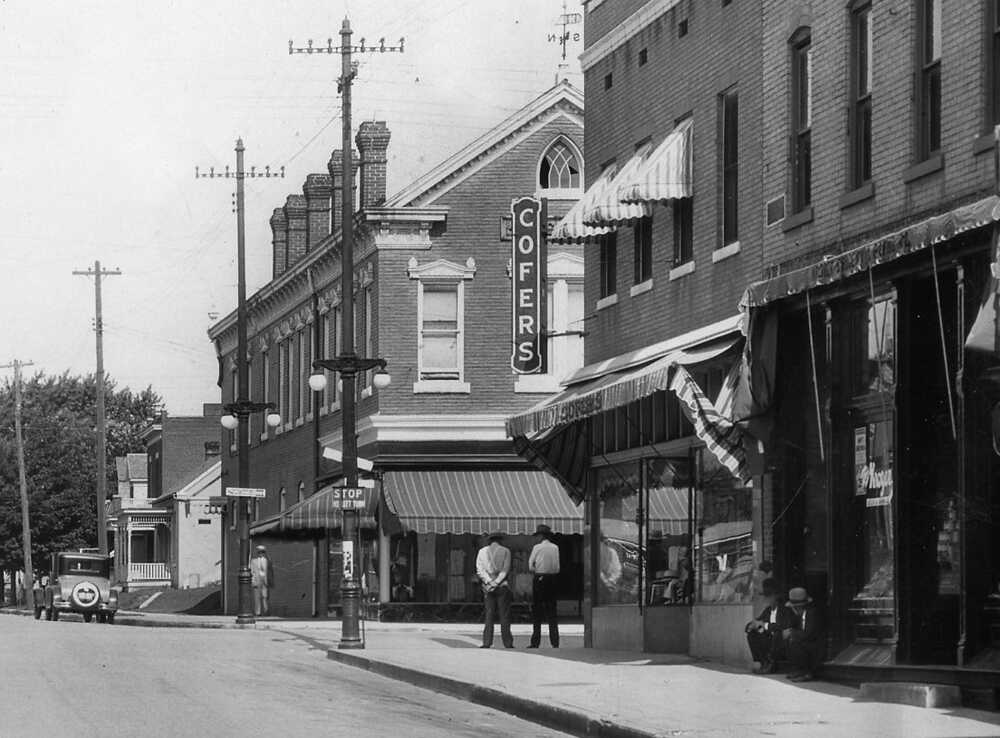 Cofer's men's store is seen at the northeast corner of Sprigg and Good Hope streets in this 1929 photograph.

Charles Cofer, Good Hope street men's furnishing store proprietor, today had completed the removal of his stock of goods at 631 Good Hope street to the corner of Good Hope and Sprigg streets, in a new building recently erected there by Charles Moeder.

Cofer will occupy the first floor, while the second is given over to offices.

Charles Cofer opened his first men's apparel shop in December, 1914 before moving to the new location. In 1957, the business was sold to A.A. Schade and C.C. Schade of Jackson, who had operated Schade's Menswear in Jackson for 10 years. The brothers operated both stores.

Hirsch Brothers Store is seen across the street from Cofer's. Read more in this blog:

May 4, 1916 The Daily Republican advertisement: 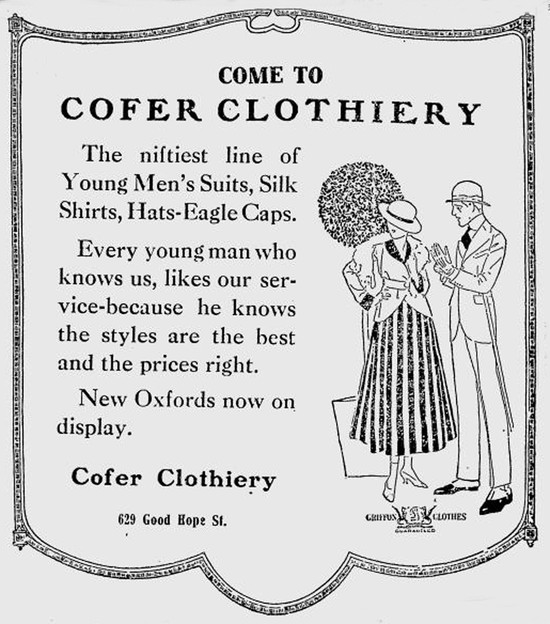