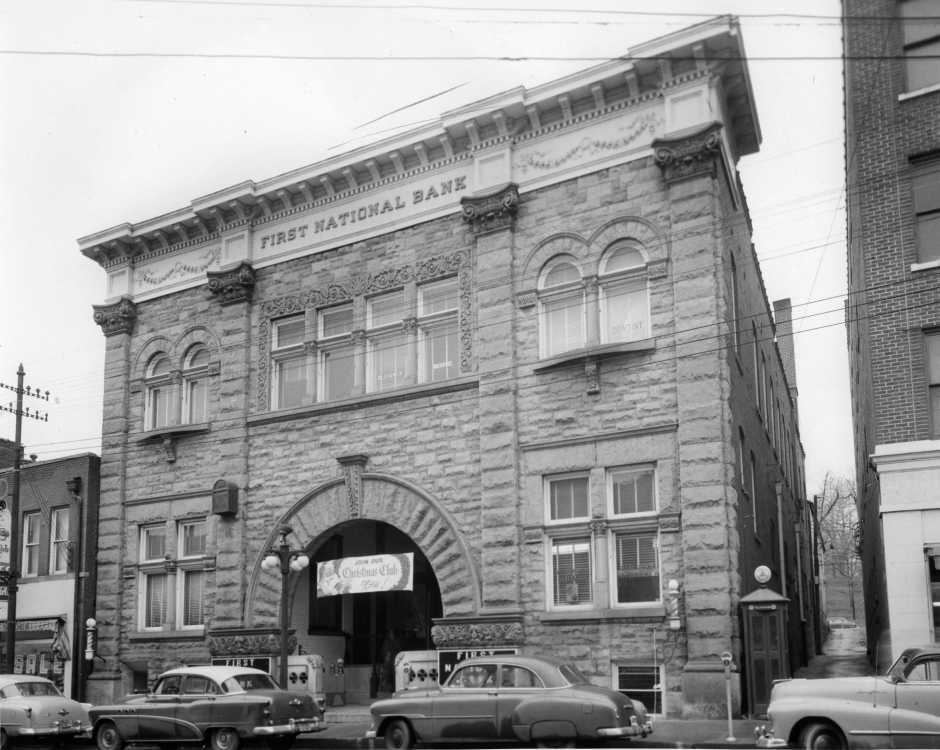 On April 29, 1905, First National Bank held a reception for the opening of its new building at 117 N. Main St. in Cape Girardeau. Construction of the building started April 18, 1904.

L.B. Blackwood, architect, was commissioned to design the new building. Constructed of brick with a facade done in Bedford limestone trimmed in bushhammered rock, the building featured a massive arched entrance that was 28 feet tall, 26 feet deep and 24 feet wide, with marble steps that led to the entrance doors.

The building featured elaborate detailing around the windows, with an enriched and projecting cornice, brackets and dentils. The roof was highlighted with a balustrade. The interior of the bank was designed elaborately, with a 16-by-30-foot prism skylight supported by six carved Iconic columns. Italian marble wainscoting, mahogany wood trim and a mosaic-type floor were some of the many details found inside.

First National Bank was established in August 1891 and was first at 118 N. Main St. In 1956, the bank relocated to the northwest corner of Broadway and Main Street. Charles Hood, who became the owner of the stone-faced building in 1959, decided to renovate the structure by tearing out the interior, filling in the basement, and removing the stone arch. However, two months into the project, Hood made a change in plans and had the building razed in November 1959. -- (from Lost and Saved)