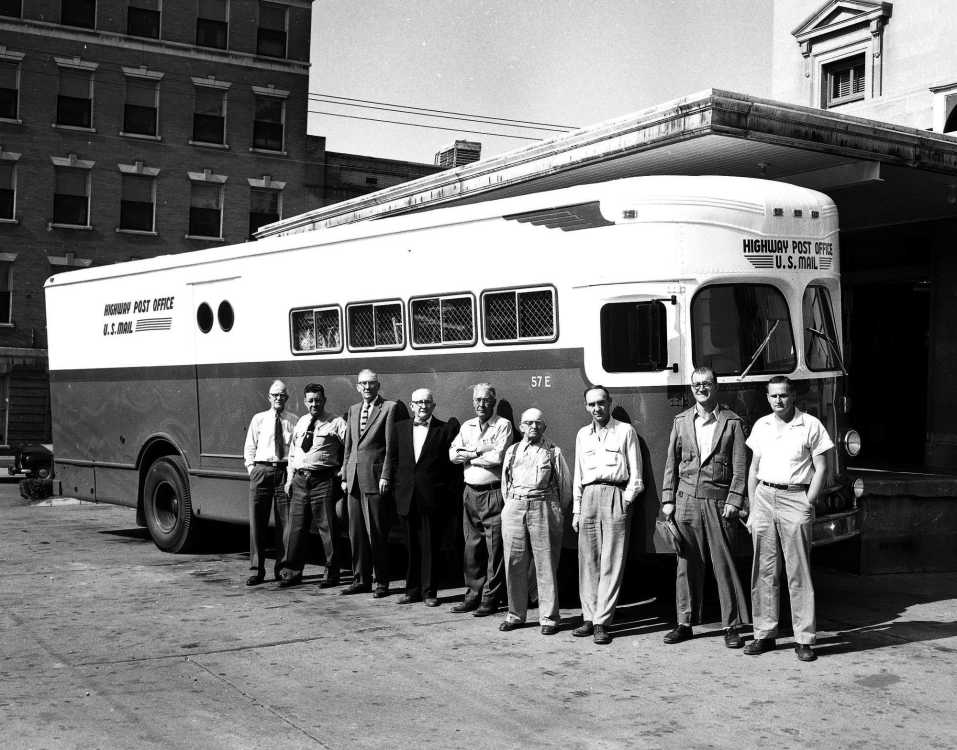 4 Vehicles Will Expedite Mail In, Out of Cape

Postmaster Ted Regenhardt announced today that two highway postoffices and two tractor-trailer trucks will expedite mail service into and out of Cape Girardeau beginning Monday upon the cessation of service by Frisco night passenger trains 805 and 806.

The tractor-trailer trucks will move through from St. Louis to Memphis and from Memphis to St. Louis, the postmaster said, receiving pouches at the various stops on the way.

He and Assistant Postmaster Archie Reid reported that existing star route times and service will continue without change.

Mail placed in the postoffice for northbound delivery after 6 p.m. must be posted before 10 o'clock if it is to meet the next night truck, they reported.

The Frisco Transportation Co. will operate the highway postoffices and the trucks.

Here is a previous blog about the old post office.

This previous blog tells about the 3-wheeled mailsters in Cape Girardeau.