Johnny Appleseed and the Angel 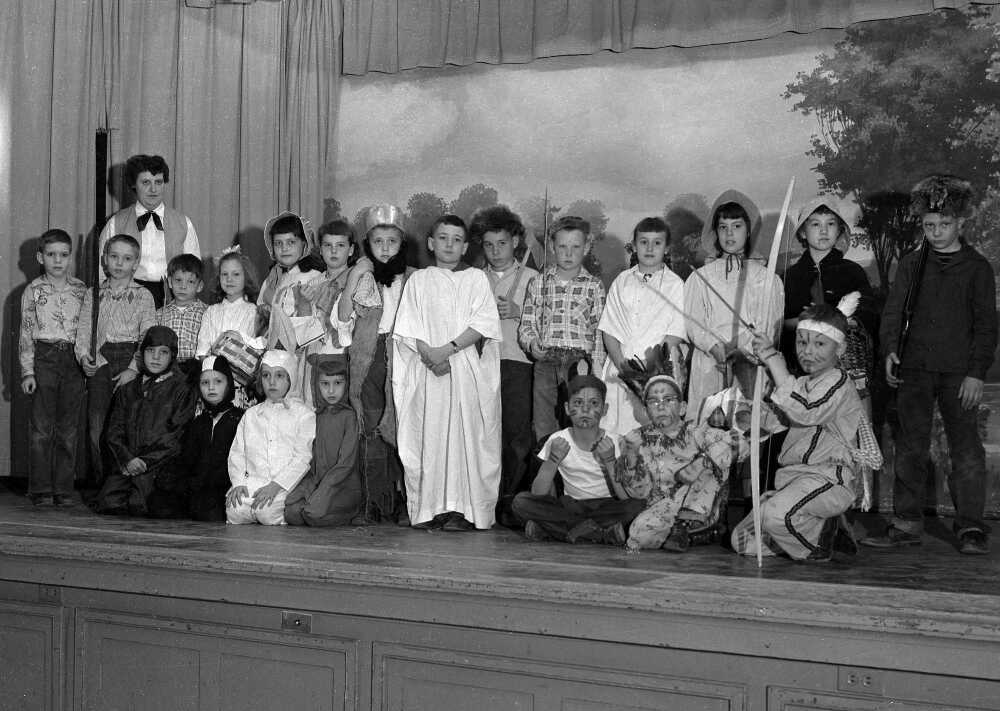 In a six-week spelling test of 50 words the following made perfect scores: Terry Huckstep, Mike Miller, Cheri Huckstep, Della D. Heise, David Hahs and Kenneth Steinhoff. The third graders have made very pretty and colorful kites to decorate their room for March.

Five years later, Ken Steinhoff would be acting in another role, this time for a "Frony production" to promote the city's annual paint-up and clean-up campaign.

Here is that photo in a previous blog.