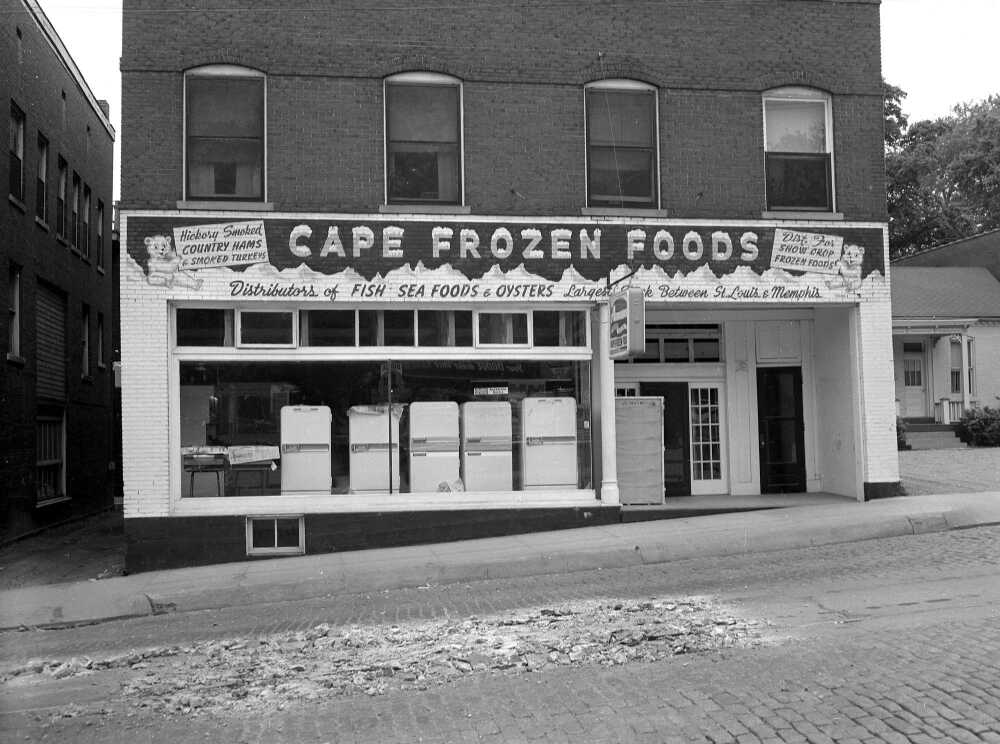 Cape Frozen Foods was established by W.H. "Bill" Daniels in 1945 and operated until 1971. This photo at 207 Broadway was likely taken before 1956, the year the granite cobblestones were removed. Note the remains of streetcar rails in the middle of Broadway hill. The dwelling at the right was the Daniels' residence. (G.D. Fronabarger photo)

It is announced that Philips & Co. has purchased the former Park Hotel building and house and lot immediately to west at 207-209 Broadway; company will install modern frozen food locker plant, for which government priorities have been granted; it will require six to eight weeks to install plant and make other necessary improvements. The plant is to have 500 lockers.

Smokehouse full of bacon -- between 300 and 400 pounds in all -- is destroyed by early morning fire at Cape Frozen Food Lockers, 207 Broadway; fire is confined to one smokehouse in basement of three-story, brick building, and damage to building itself is relatively minor.